SAP TechEd 2022 is a wrap, but we’re just getting started with rolling out the newest innovations in visual development. As Chief Technology Officer Jürgen Müller announced during his opening keynote, the biggest news to our no-code community is no doubt the evolution of SAP AppGyver, our enterprise offering, into SAP Build Apps. Build Apps joins SAP Build, the new unified portfolio of no- and low-code products with a clear mission: turn everyone, everywhere into a builder. 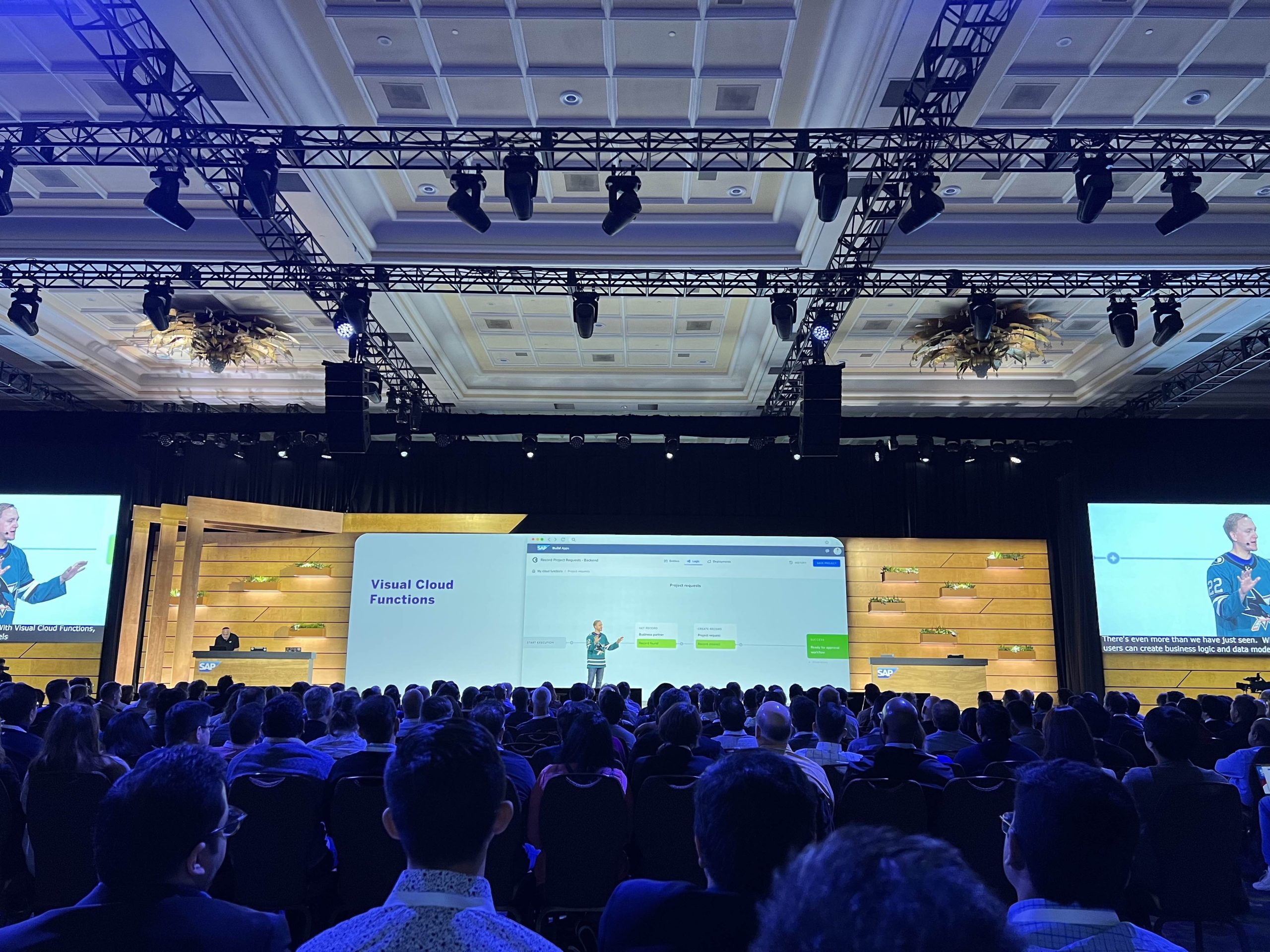 With the launch of SAP Build Apps, we were also excited to see the opening keynote officially announce visual cloud functions, the no-code solution for creating backend logic and data models. The release comes as a significant milestone since AppGyver founder Marko Lehtimäki introduced visual cloud functions, its philosophy and context earlier this year. Now with SAP Build Apps, developers can truly create entire sophisticated apps without leaving the no-code environment and, to quote Marko, “Every no-code developer can become a full-stack developer.” 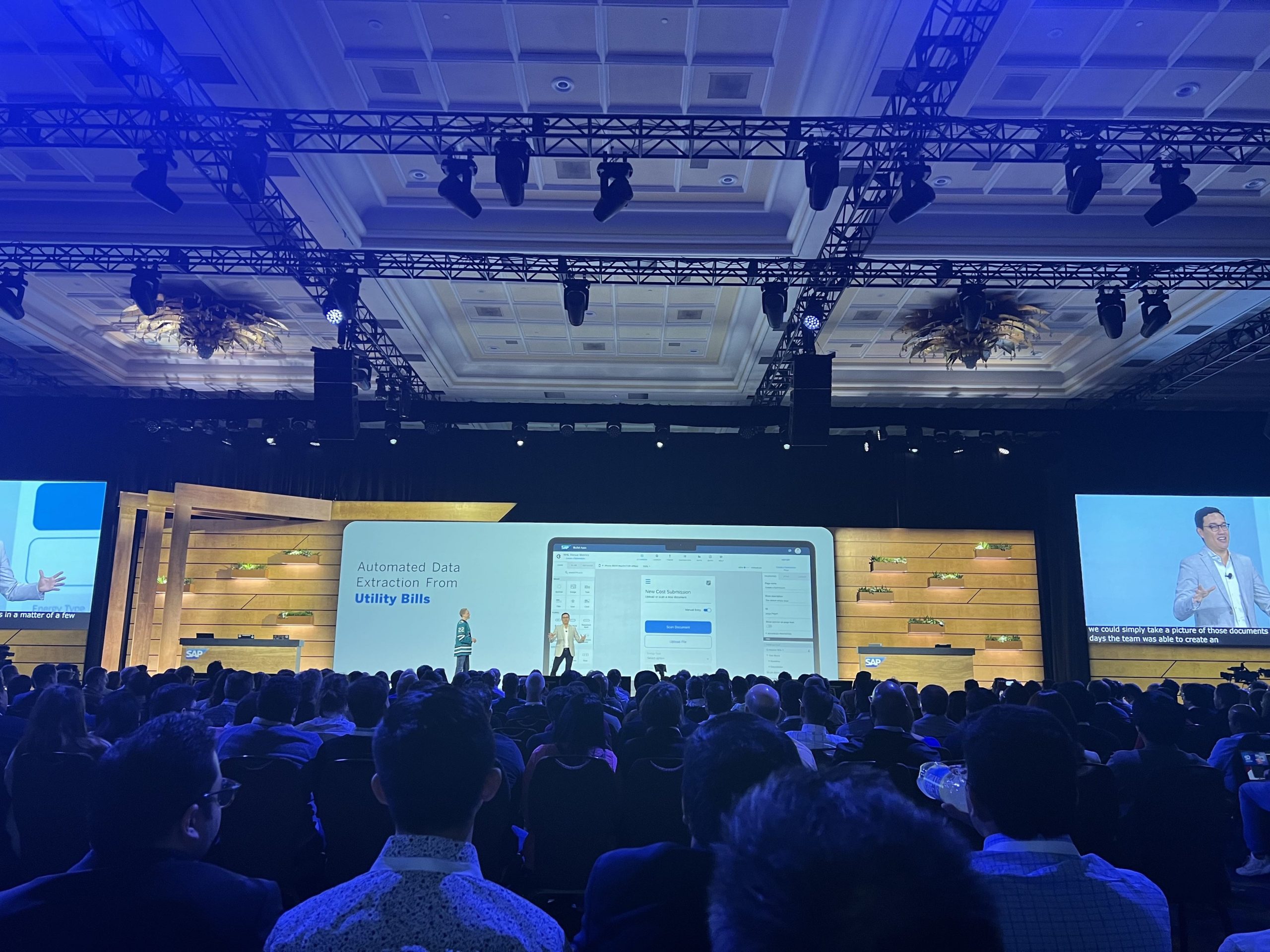 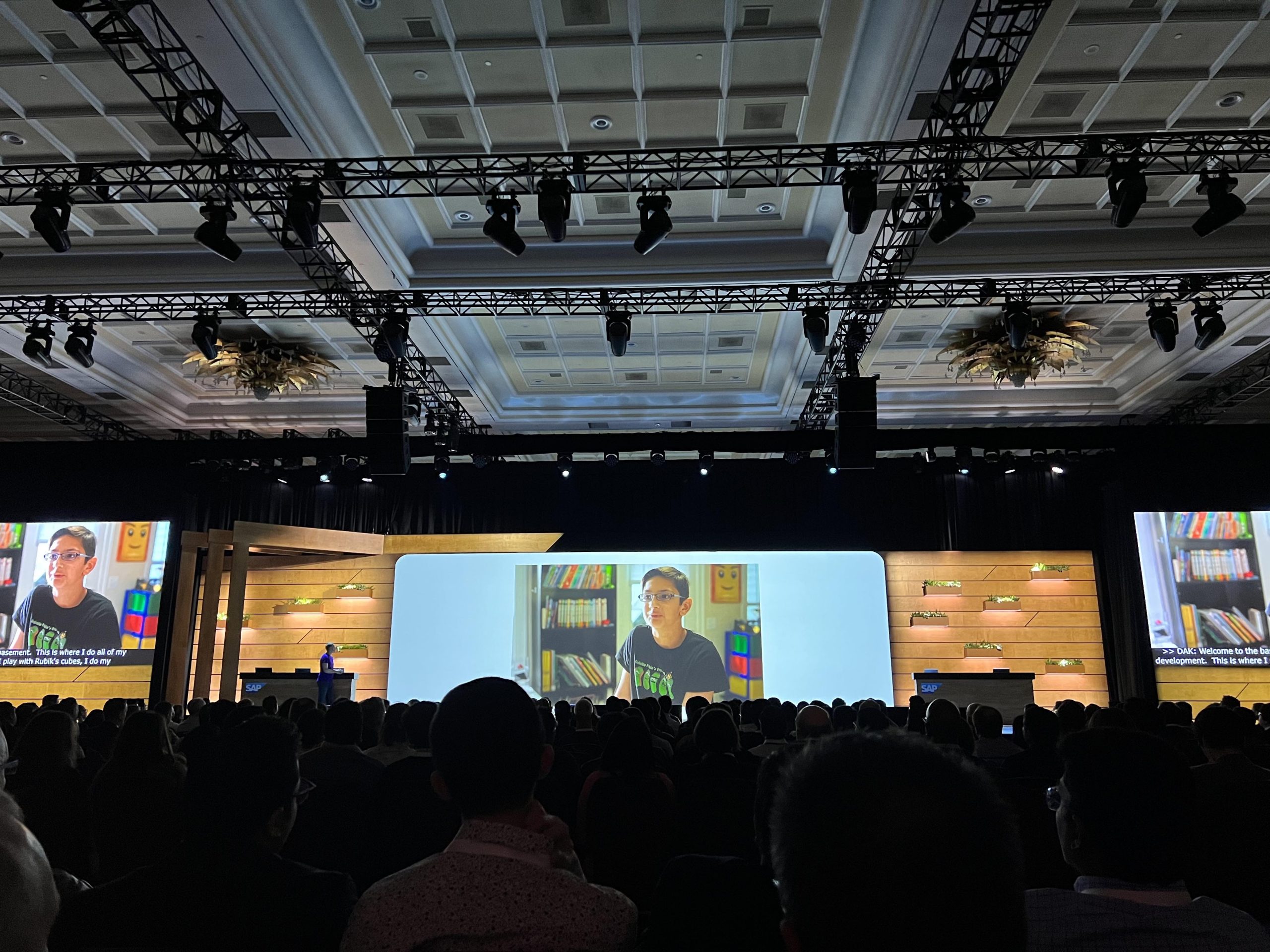 In the next segment (and one of my personal favorites), Jürgen introduced us to Dak, a 12-year-old app developer from Massachusetts. Dak shares how he used no-code to create Knowledge 4 Ever – a fun learning app for kids, which is live in app stores. In a bold contrast with the NHL demo, Dak’s story expresses the true versatility of Build Apps and how everyone can in fact become a builder. Go Dak!

The opening keynote provided an in-depth look at what SAP Build brings to the table, from integration with Signavio to an end-to-end portfolio demonstration from Developer Advocate Daniel Wroblewski. 100% worth a re-watch.

Following all the fanfare of the keynote was an equally engaging series of hands-on workshops, breakout sessions, and lectures for putting Build Apps into the hands of developers. In Las Vegas, SAP customers, analysts, and partners explored SAP Build in the Developer Hub, which included expert bars and a clickable tour of the portfolio. SAP Champion Sergio Guerrero (pictured below) gave one of the in-person workshops at the Community Theater: From Zero to Mobile App Using SAP Build [CT103]. 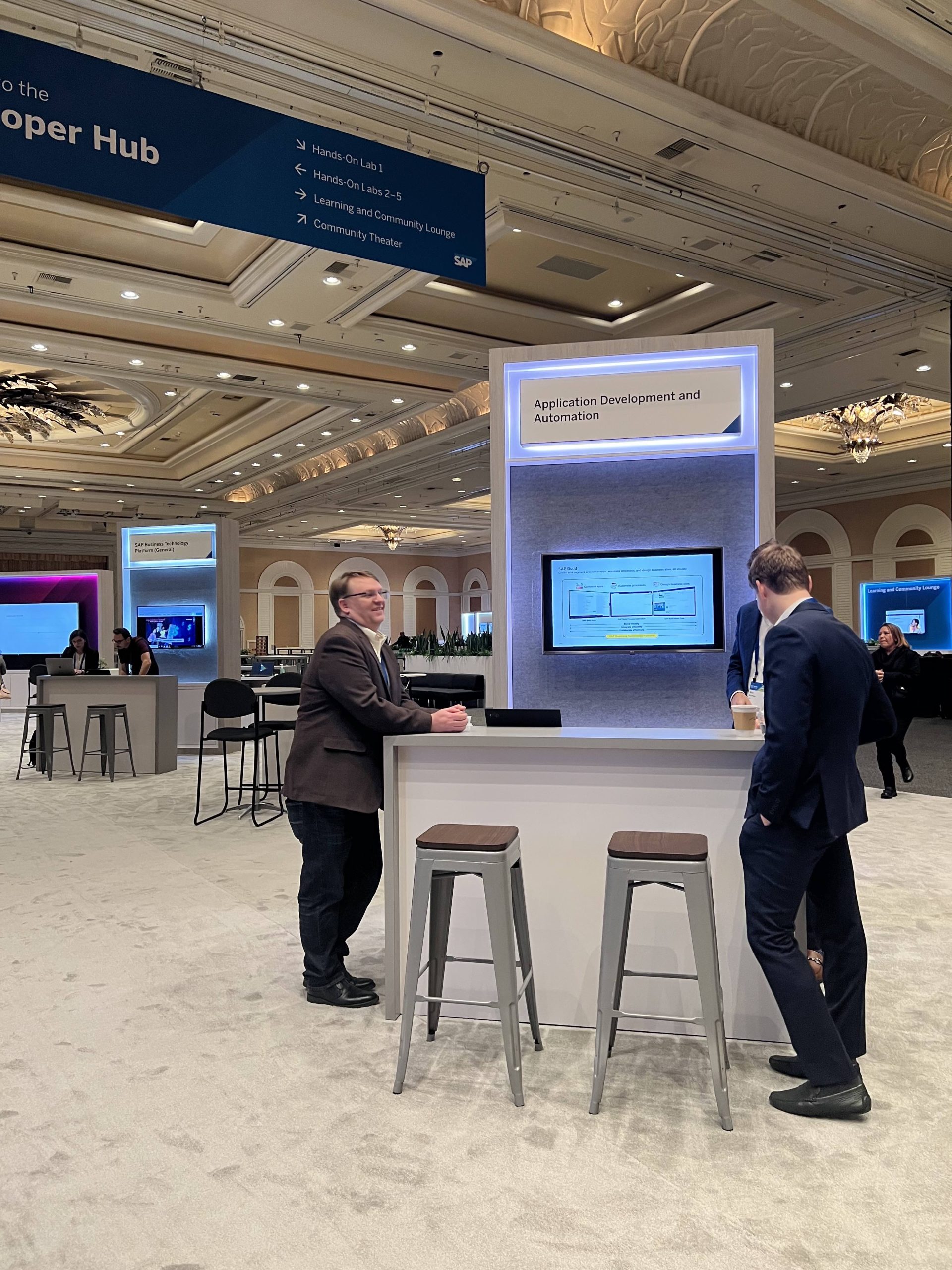 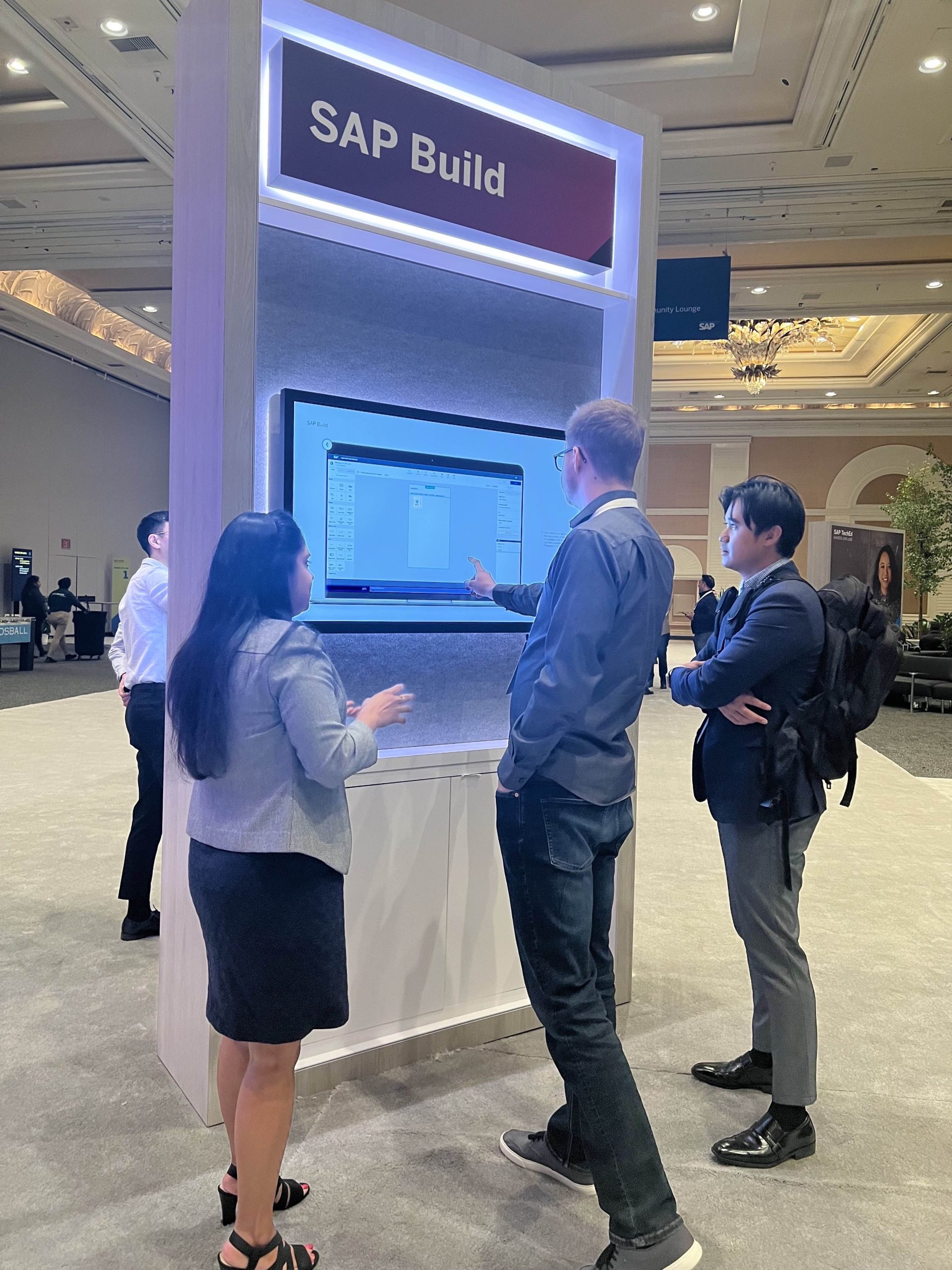 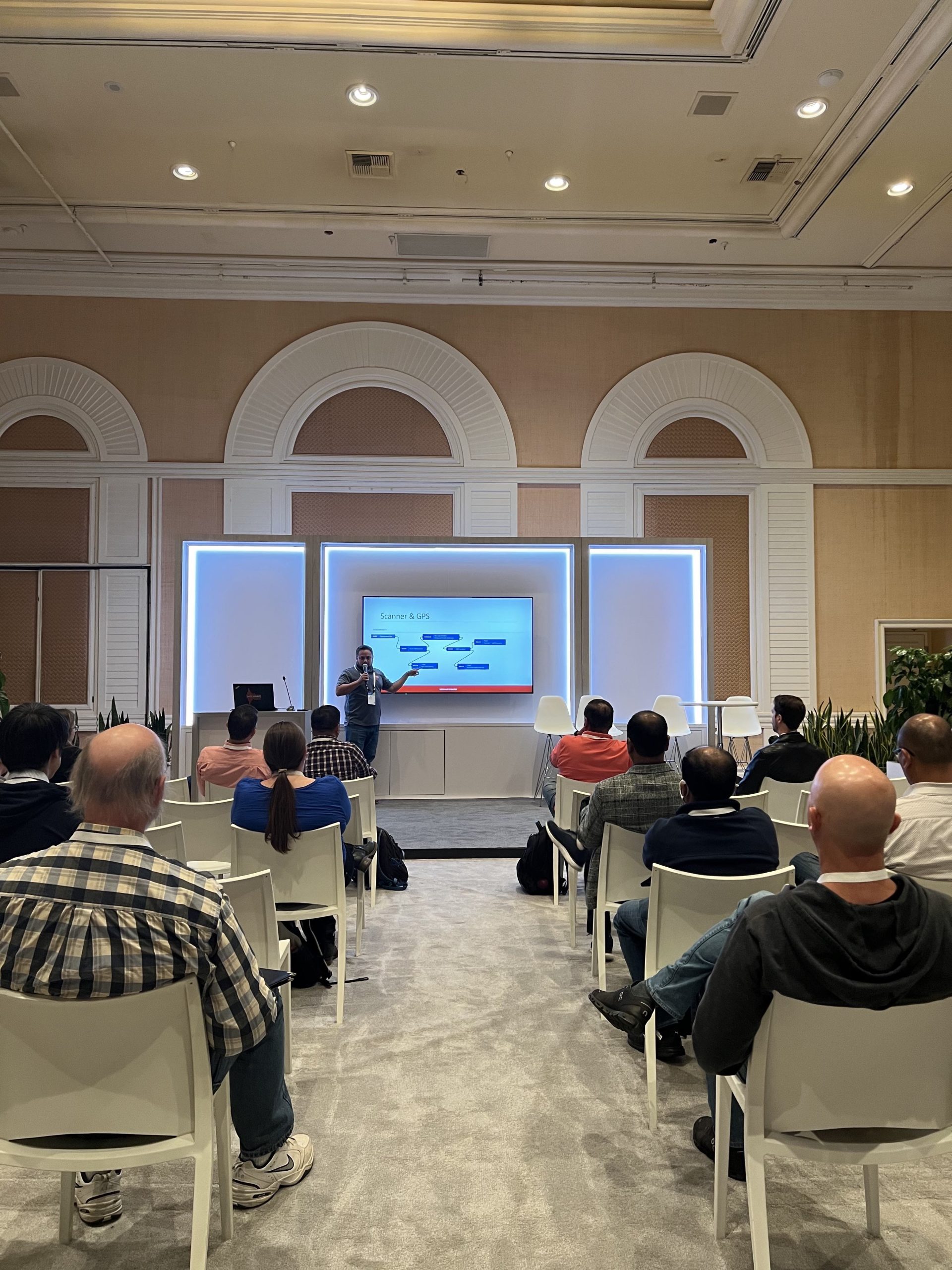 Check out replays of these virtual sessions:

Join the community of SAP Builders 🛠

Kicking off SAP Build at TechEd not only brings a complete product line of low-code tech together, but also a new community of builders of every skill level. To keep up with the newest learning opportunities, events and to connect with other no-coders, we welcome you to join the new SAP Community group for SAP Builders.

“This is a group for both the “over stretched” developers and the “people closest to the problem”. Think of it as a place to learn how to build the solutions you need with SAP Build, to engage with other SAP Builders, and to celebrate your successes and achievements.”