Our target was to avoid retroactive changes because client wants to do mass data migration on the old records in SF’s. And as my iFlow was scheduled on delta run, so whatever the changes is happening in SF’s, the data is coming in the output file because the effective date is also getting updated while changing the old records. And it can effect the third party system because on their system the data will be updated according to the output which is coming from retroactive changes.

I thought of using “fromDate” and “toDate” option in my Compound Employee query, where I was providing current date in fromDate and ‘9999-12-31‘ in toDate. According to the logic it should not fetch the past change record but it was fetching the past changes record also in my payload. There I came to know that fromDate and toDate logic was only to avoid the future changes record.

After that I thought filter option may help but then if I use filter then it will remove whole person tag from the payload, which I dont want.

So, I came up with solution using XSLT mapping where it will remove only the particular past changes record from the payload. This is the payload of future change record. 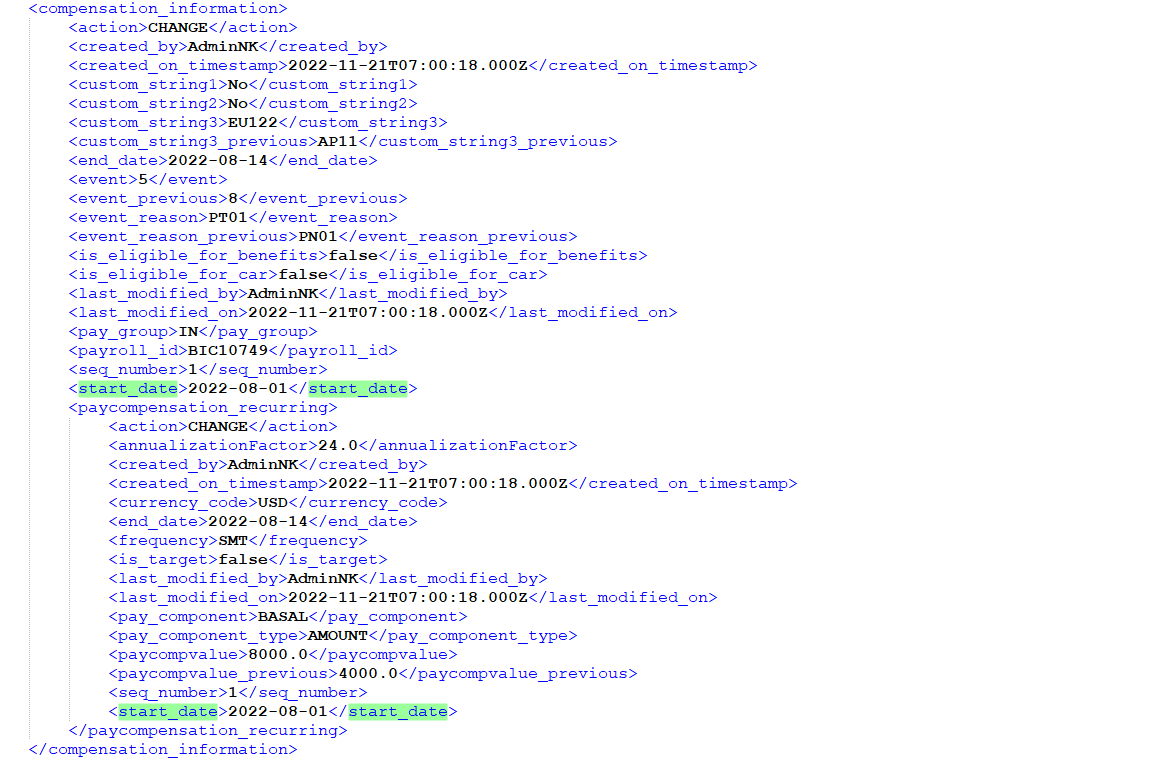 This is the retroactive changes coming in payload

This are the payload before XSLT mapping.

This is my XSLT mapping.

I wanted to check in the compensation information, so I gave the path till Compensation then under that I have applied my logic where I used current date function for checking with current date.

After applying XSLT, it is removing retroactive changes record and keeping my future change record. 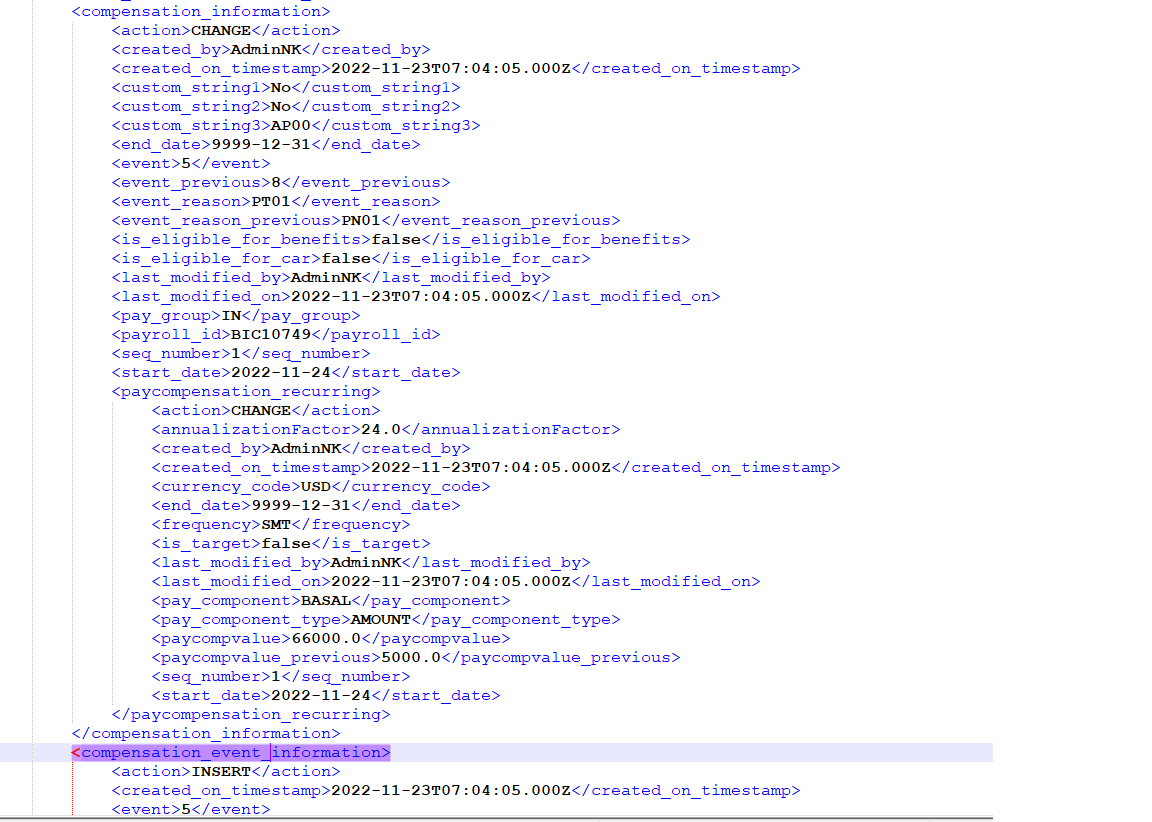 I hope this blog will help you if you have the came up with the same scenarios in future. And if you have any doubt regarding this blog, feel free to question.