You can find the features introduced in previous versions in my other blog posts.

This week, version 1.8 of the extension has been released to the Visual Studio Code marketplace. In addition to some bug fixing and general improvements, the new version brings several noteworthy features.

Previously only the consumer mode was supported. The new version adds support for the admin mode. 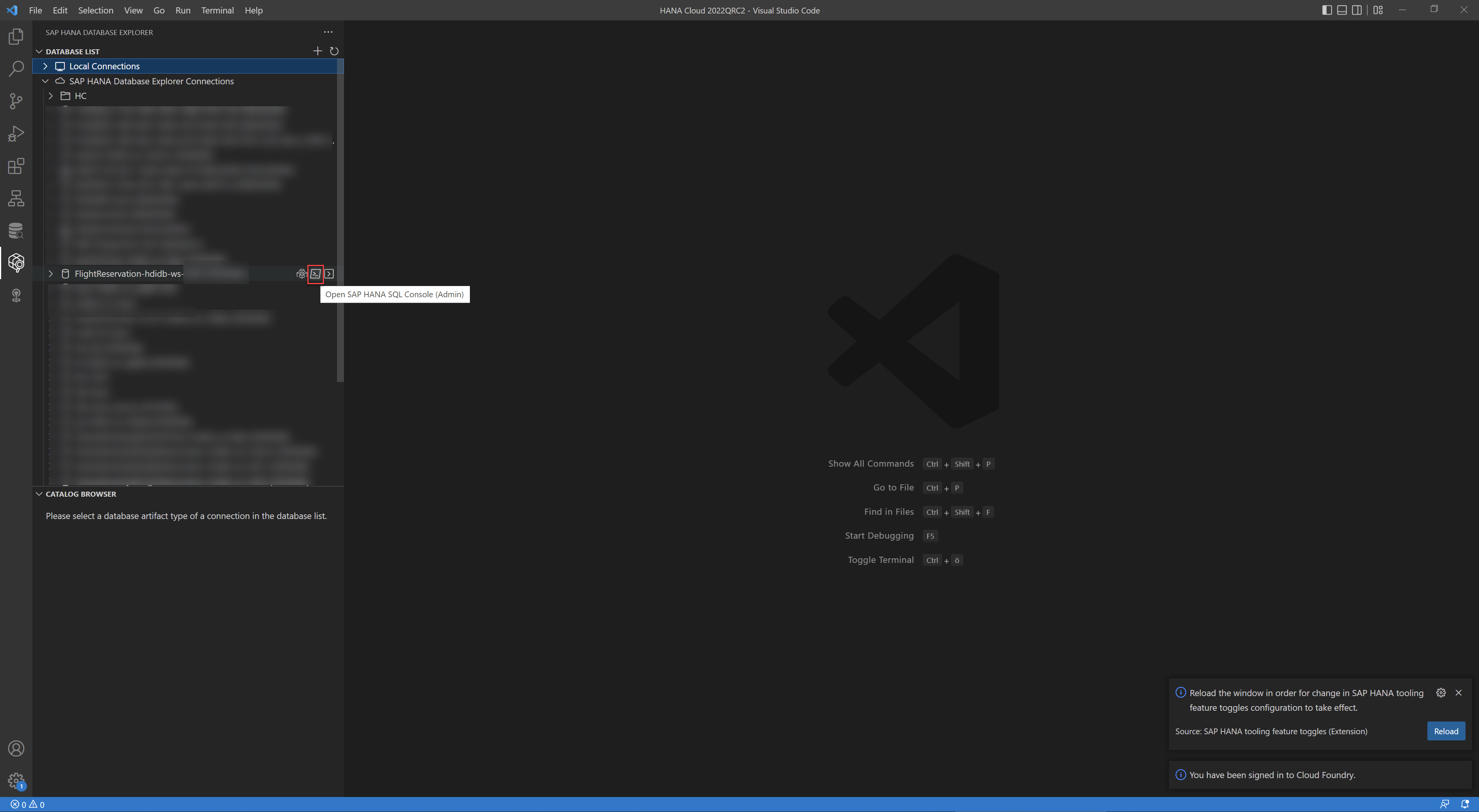 Note that this connection mode is only supported for SAP HANA Database Explorer connections of type “HDI Container”.

Previously the SQL console had added the ability to open files via the toolbar. Now it is possible to open SQL files directly via a file’s context menu. 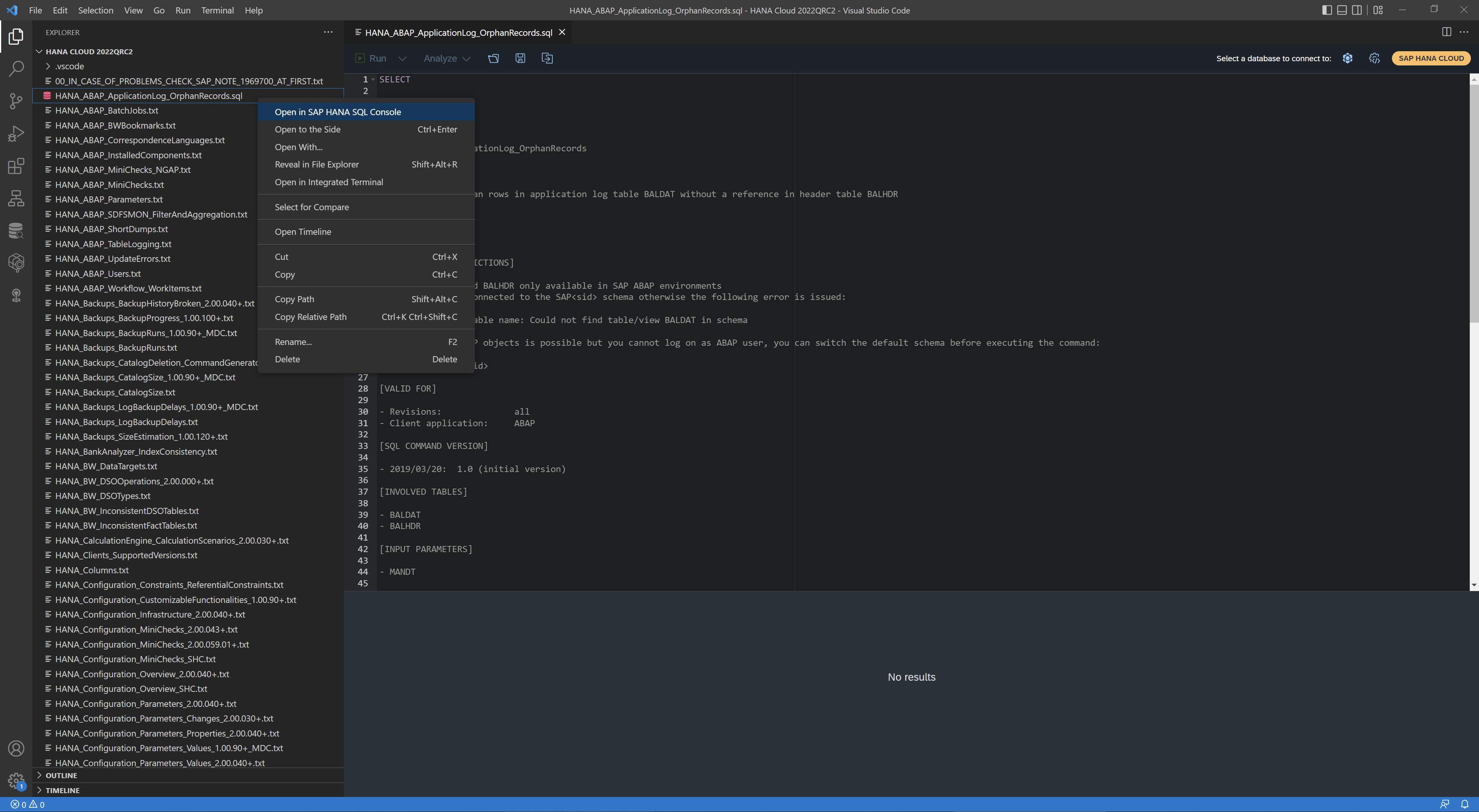 The list of objects in the catalog browser is now grouped by schema. This allows for better object navigation if multiple schemas are selected.

The list of schemas in the schema selection dropdown is now sorted to make finding a schema easier. 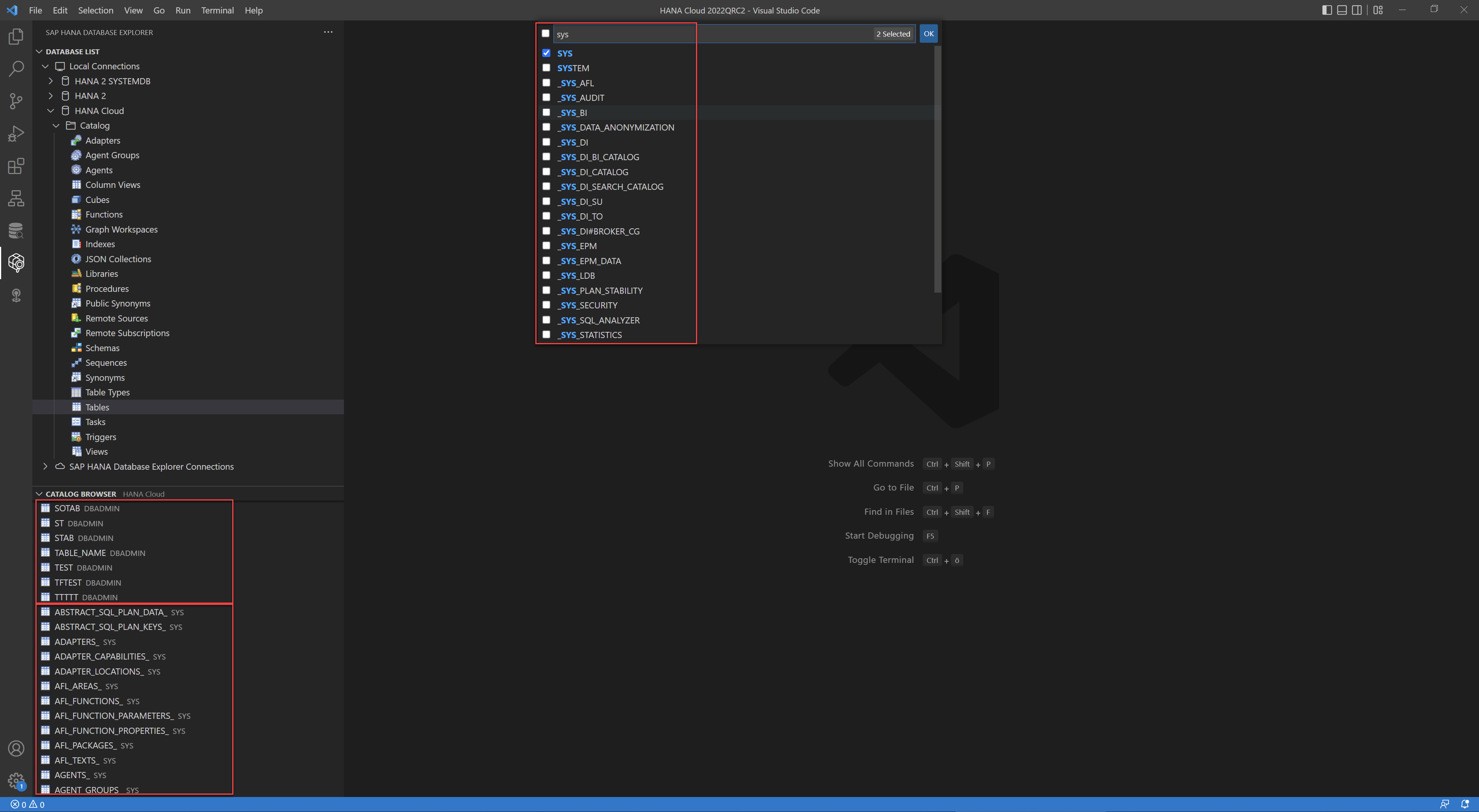