I hope most of the guys may not know the reason of rework field in CO11N / COR6N screen if you are having Error when over delivery tolerance is exceeded checks in Confirmation parameters.

As a Functional we could not able to find the use of the rework field in time ticket screen. But some how with help of senior consultants we figured it out.

Basically there are two types of rework process we are having.

In process Rework – If rework time is less

Here we will do the rework process in parent order itself by simply adding additional rework operation and confirming the operation with additional activities. In this blog we will discuss about this.

Here we will create new rework order in CO07 and do the settlement of additional cost against the Parent order. 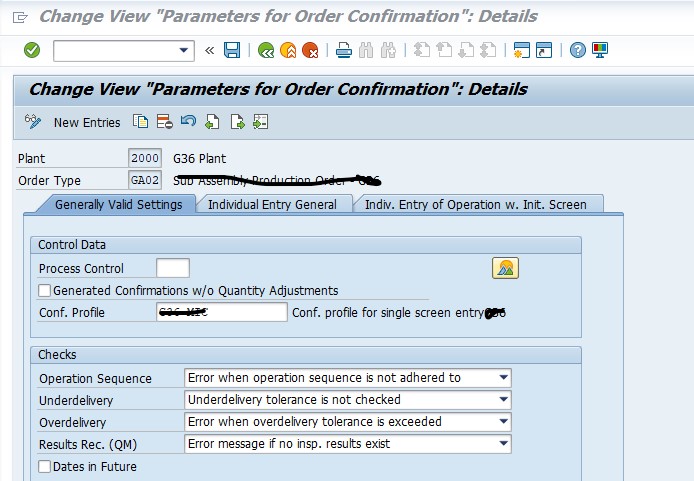 We have maintained the error in over delivery, So system will not allow me to do yield more than the order quantity.

Created one order with 100 quantity

Order has 4 Operations with normal Control keys like PP01 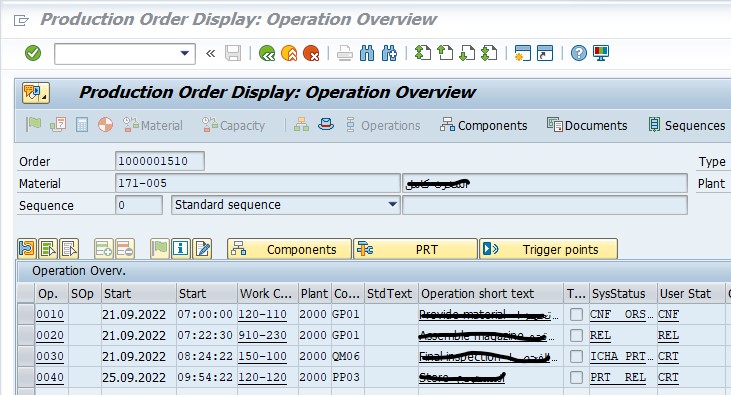 Confirming operations 20 with rework quantity as there is a rework 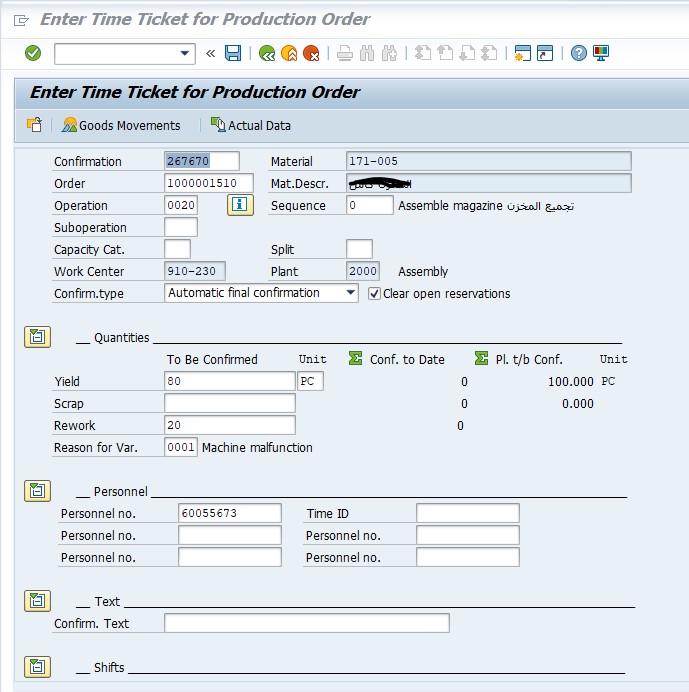 Now confirming the Operation 30 with 100 quantity. But system is not allowing due to the OPK4 configuration. 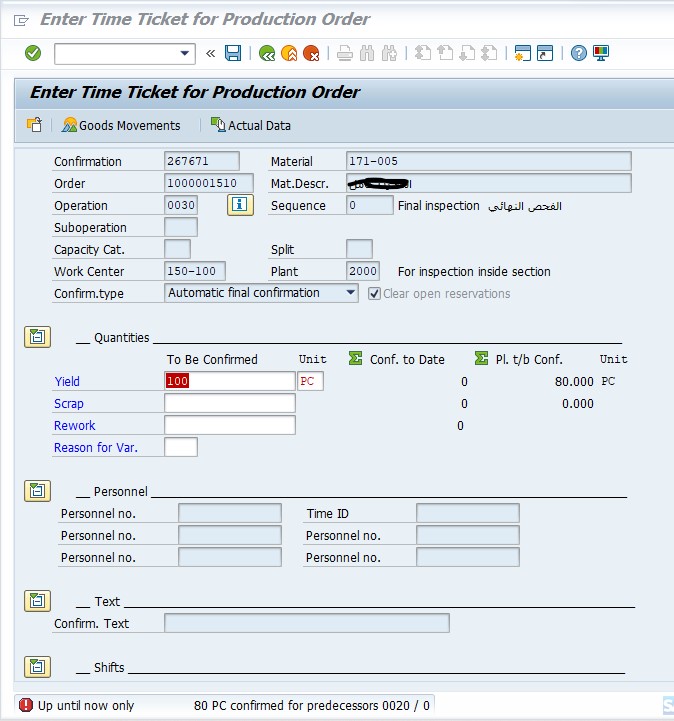 The process is that we need to add additional rework operation, either manually or by using trigger points with rework quantity and the Control key with rework box activated. 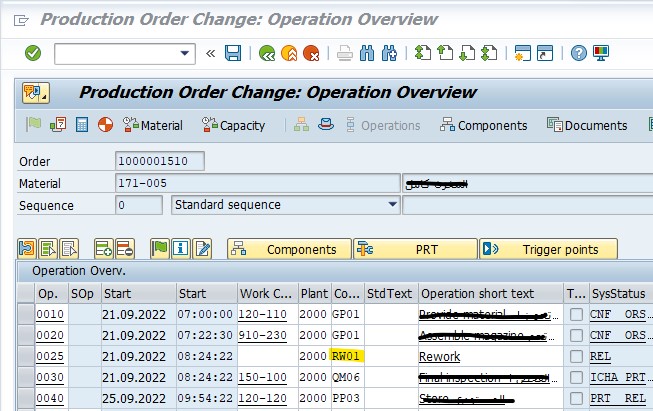 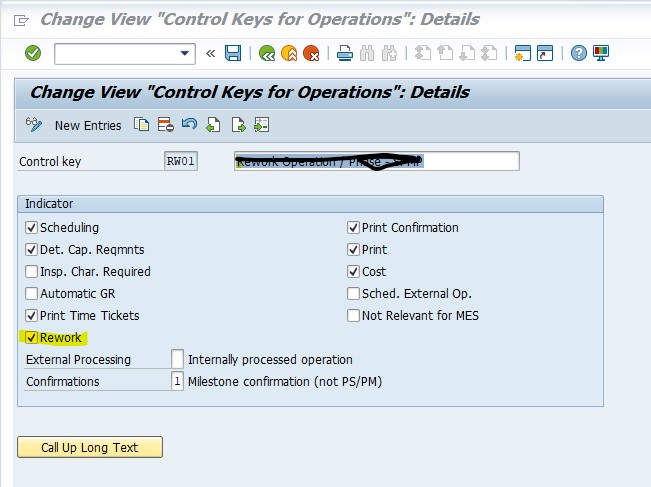 Now we will confirm the rework operation with rework quantity. 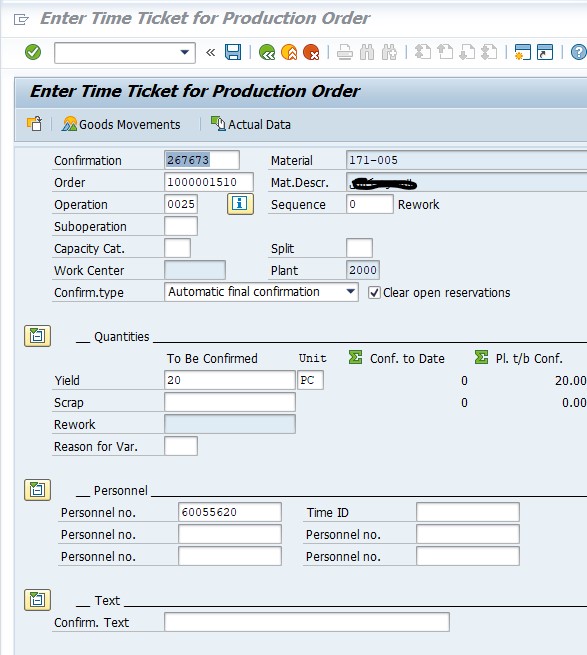 This rework quantity will be displayed in COOIS/ COOISPI Operation report against the order operation. But not in Order report

After that doing confirmation for operation 30. 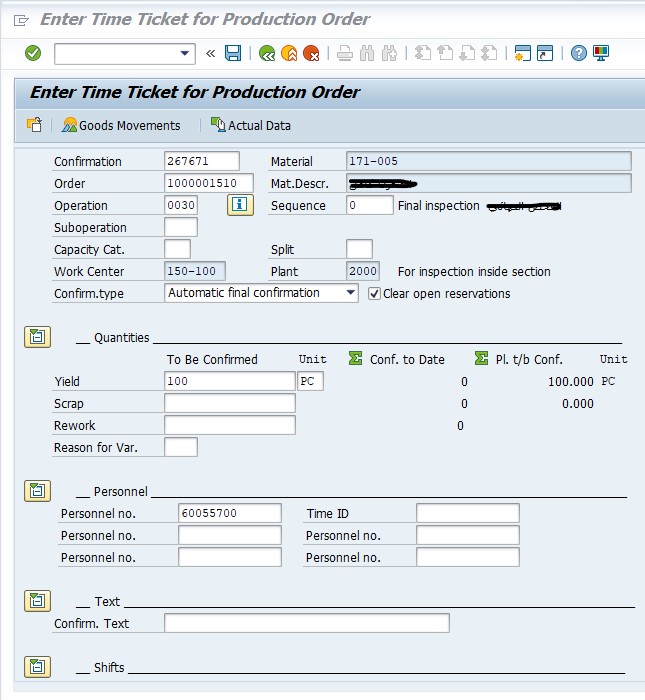 Here system is allowing me to confirm the full order quantity, as we do confirmed the rework quantity in same order itself.

Hope this may help you to understand the in process inspection

Would like you guys to see more relevant things using the link:

We would very much appreciate your comments and suggestions below.