Let’s start with a new series of Blogs to know about the objects and functions of SAP PEO, its features and usability.

For SAP PEO the main highlight that makes it different is, the use of Version BOMs instead of normal BOMs.

Version BOM’s key aspects needs to be understood before getting into further details.

Migration of a classic BOM

To migrate the classic BOM to a version BOM  the report RMPE_MIGRATE_BOM can be used. 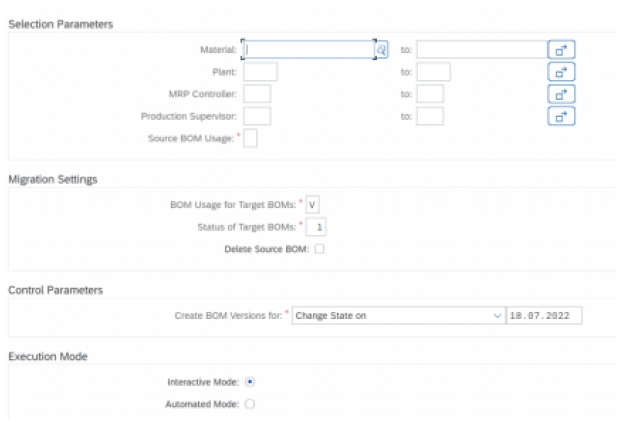 You can specify the target BOM as well, as in which do you want to create. And you have an option to delete the existing classic BOM after the creation of the Version BOM.

Here you have to create version BOM 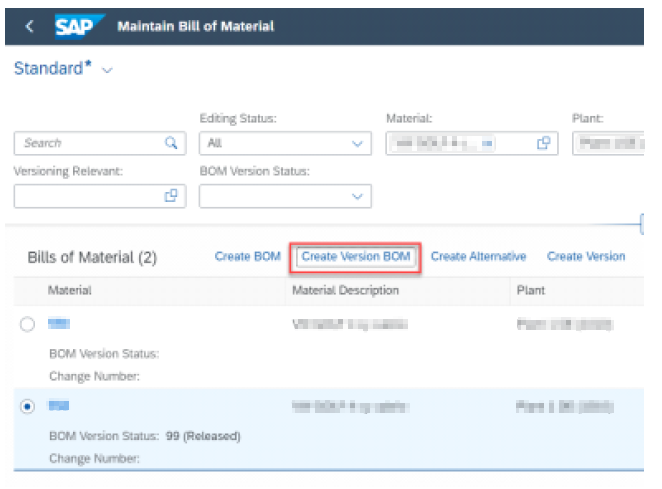 The selection parameters are the same as the classic BOM. Instead of the BOM Usage. Here you have to select a version controlled BOM, in this case an EBOM. 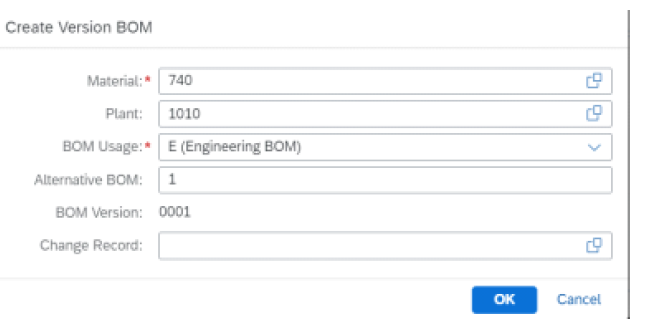 Once this is done enter the details for the items and click on create. (Similar as classic BOM creation concept)

If you are done with the changes to the Bill of material you can release the BOM.

Once a new version controlled EBOM has been created and released, it has to be assigned to a change number and scope of planning.

For this “Manage Unassigned EBOM’s” app can be used.

Here the EBOM can be selected and assigned a planning scope and a change number. You have the possibility to create change number from this app and directly assign it to the EBOM.

You can specify in the planning scope the usage of the EBOM. In this case it is shop floor BOM (MBOM)

This EBOM which has been created can be used for creation of planning BOM or manufacturing BOM based on business scenario.

Routing is not created for the EBOM as this BOM is neither used for planning nor for manufacturing.

I hope you would find this Blog helpful. See you in the next one.