In this blog post I will provide some insights in how to handle complex transport landscapes in SAP Cloud ALM. Talking about TMS we can think of transport routes including transport target groups to deliver changes to several target clients in parallel.

For the TMS transport target group support following prerequisites must be met:

In the feature the target group information is resolved. This means you can see the different target clients / tenants in the transport section for one transport. In the following I will illustrate the flow for an exemplary target group. 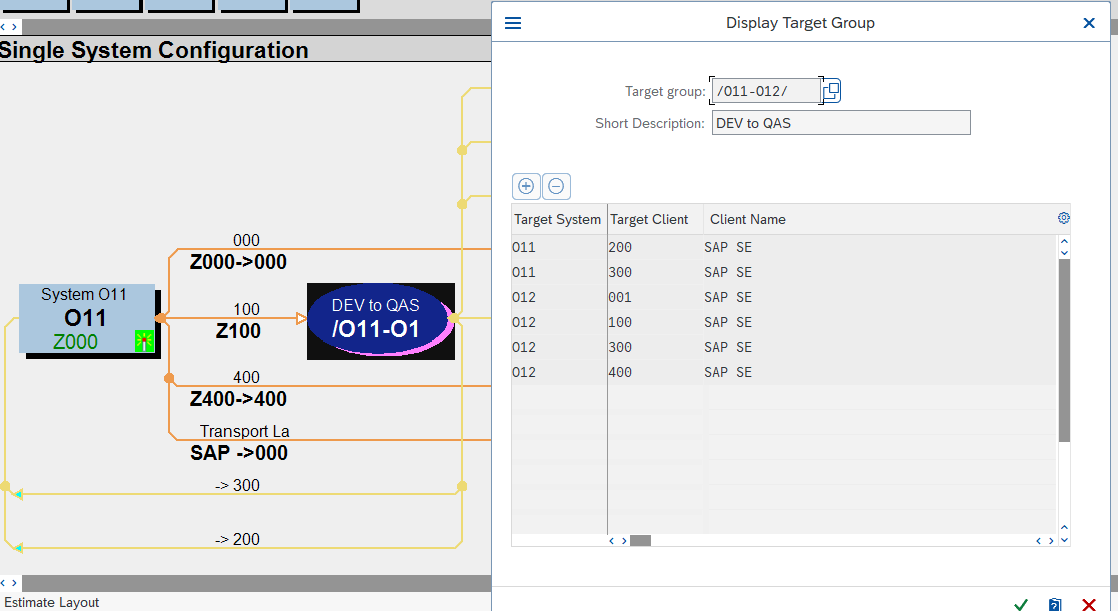 By deploying the feature, the transport will be imported to all the different clients:

To import transports to some of the clients on a frequent basis you can schedule an import job in the respective client. The import status will be pushed to SAP Cloud ALM and show up in the feature. Please be aware that this import will not show up in the history of the feature since it was triggered from the managed system itself.

After the successful deployment to all clients the feature will show the remaining target clients, in this example the production clients:

Now you can trigger the deployment to the two production clients via the Deploy button:

The successful deployment to the production clients shows up in the Transports section and the deployment of the feature can be confirmed by switching the feature status to Deployed: 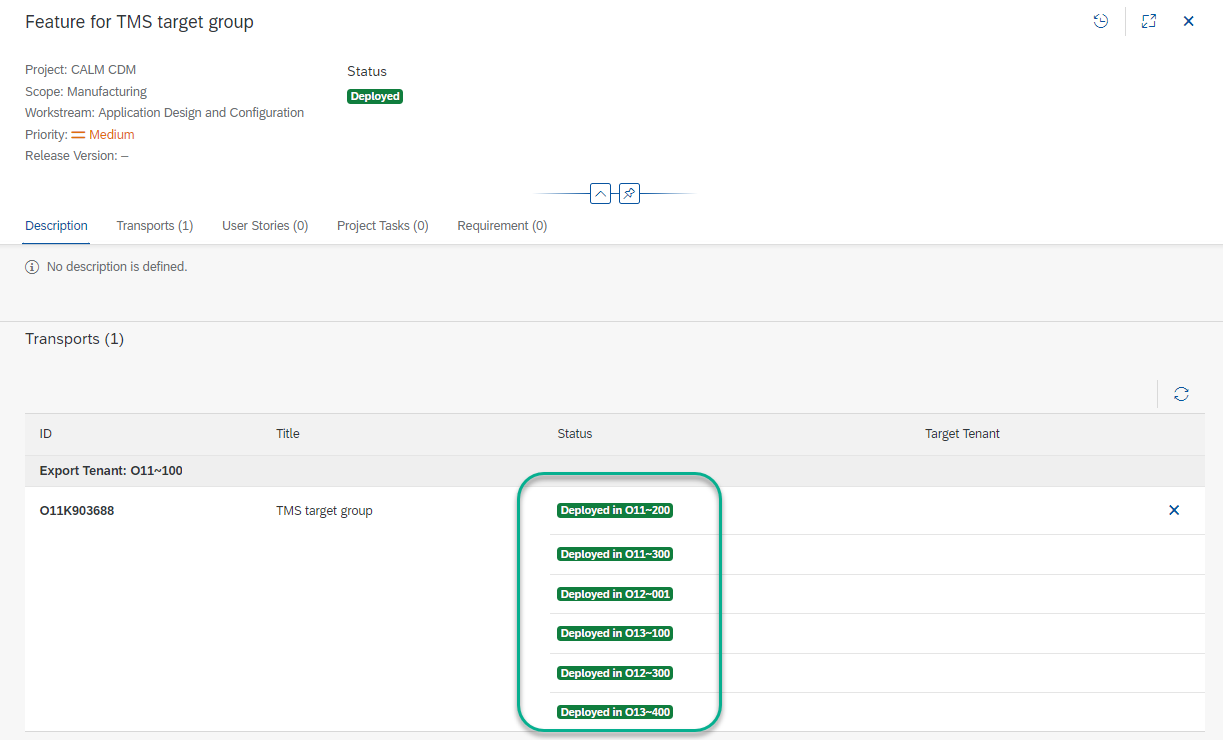 The transport target groups are handled as one stage. This leads to the fact that a synchronized deployment to production is still possible.

All deployment actions for a feature are captured in the history to keep track of your changes: 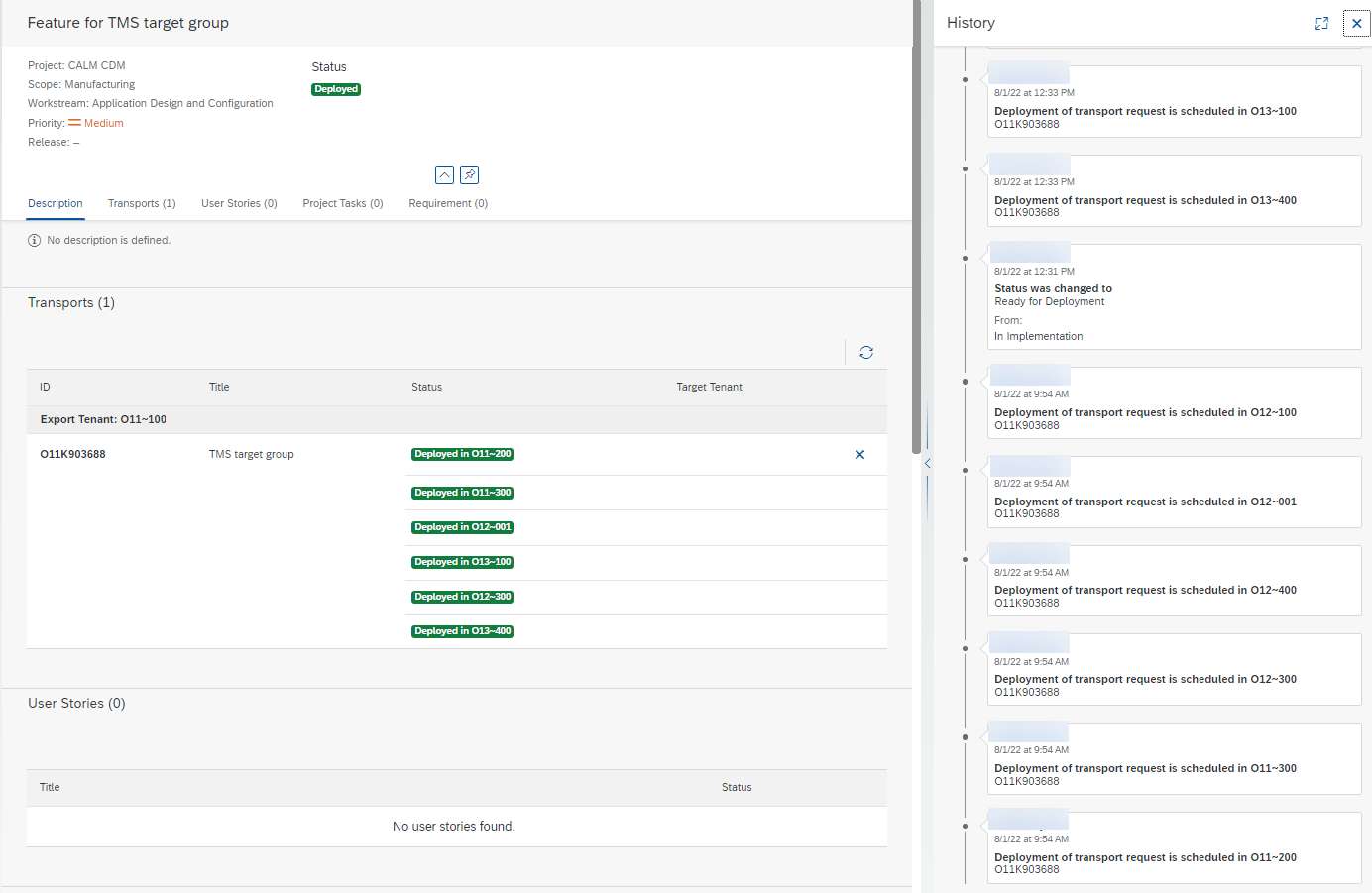 With the support of transport target groups SAP Cloud ALM is from now on able to manage more complex TMS landscapes. Yet another step on our way to support various facets of hybrid change management.

Looking forward to receiving feedback. For latest updates and notifications, you can follow me by clicking Moritz Gysler.