Let’s tie on the activation of Alternative-Based Confirmation (ABC) where a substitution strategy was determined based on characteristic value combinations.

In general, the substitution strategy defines how ABC is to be executed. This involves not only the substitution method that tells what to substitute and the source to be used, but also general decisions, for example, where to place any remaining open quantity.

In the following section the different settings are explained, on the basis of the example scenario.

One of the substitution strategies we use in our example scenario is ATP_PROD_PLANT_SUBSTITUTION (see screenshot) which defines that first the plant and then the product are to be substituted when creating the item as well as when a recheck is exceuted,  for example, in backorder processing (BOP). The building rule is used to derive what is treated as the best alternative, in this case the maximum possible quantity is to be used. Furthermore, any remaining open quantity is to be used for the original request. 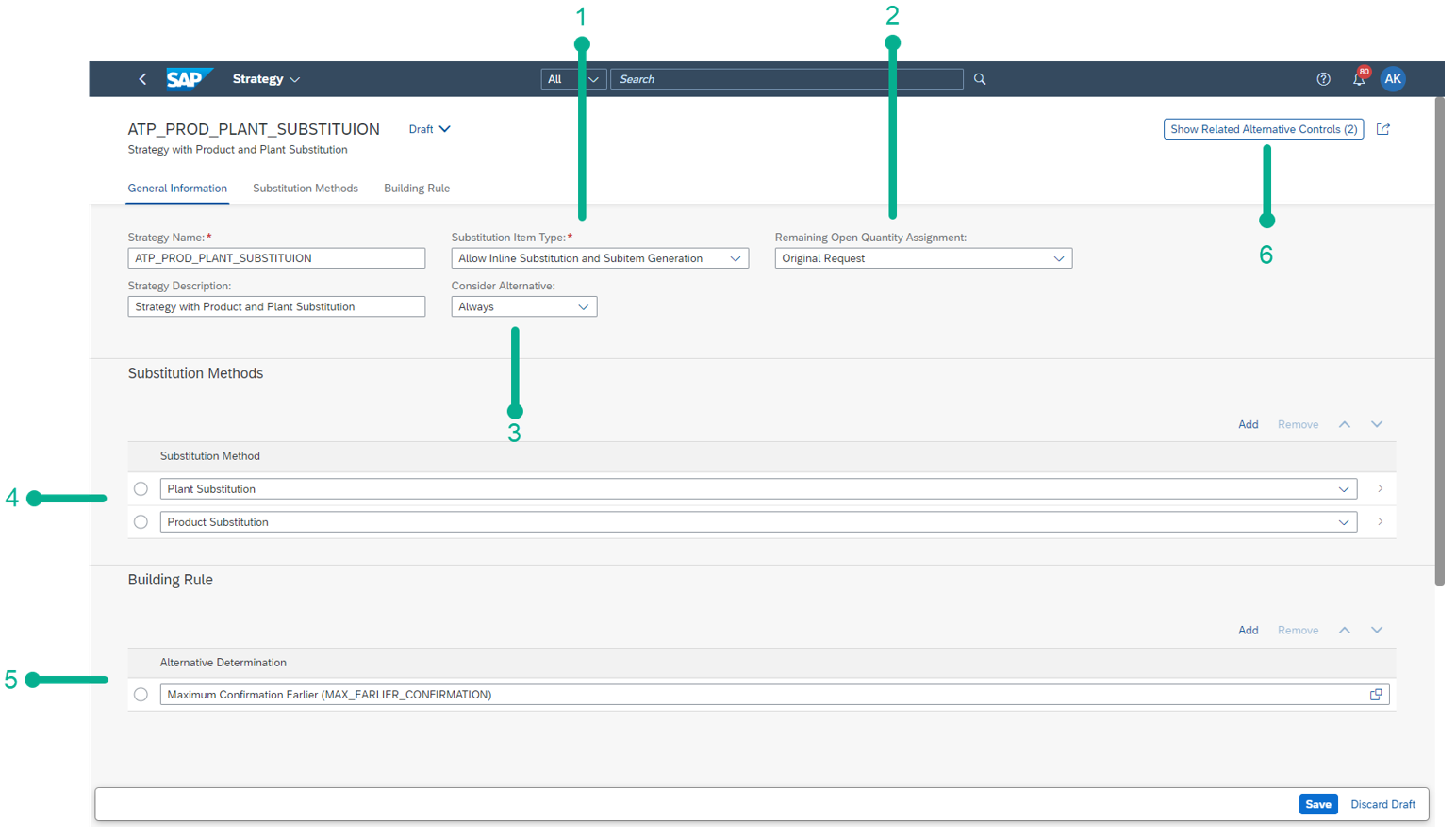 Let’s now take a closer look at the different options, identified by numbers in the screenshot: 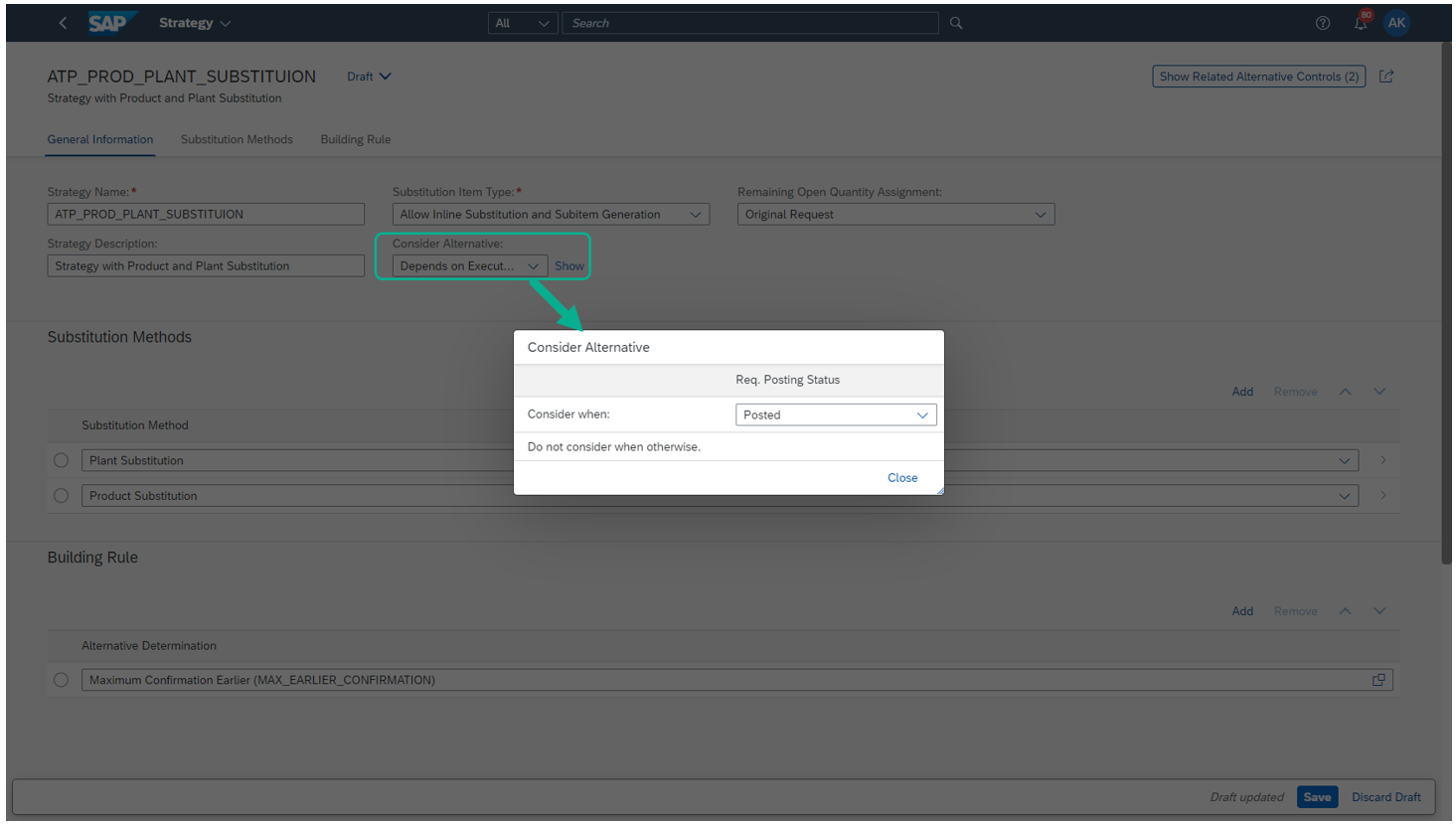 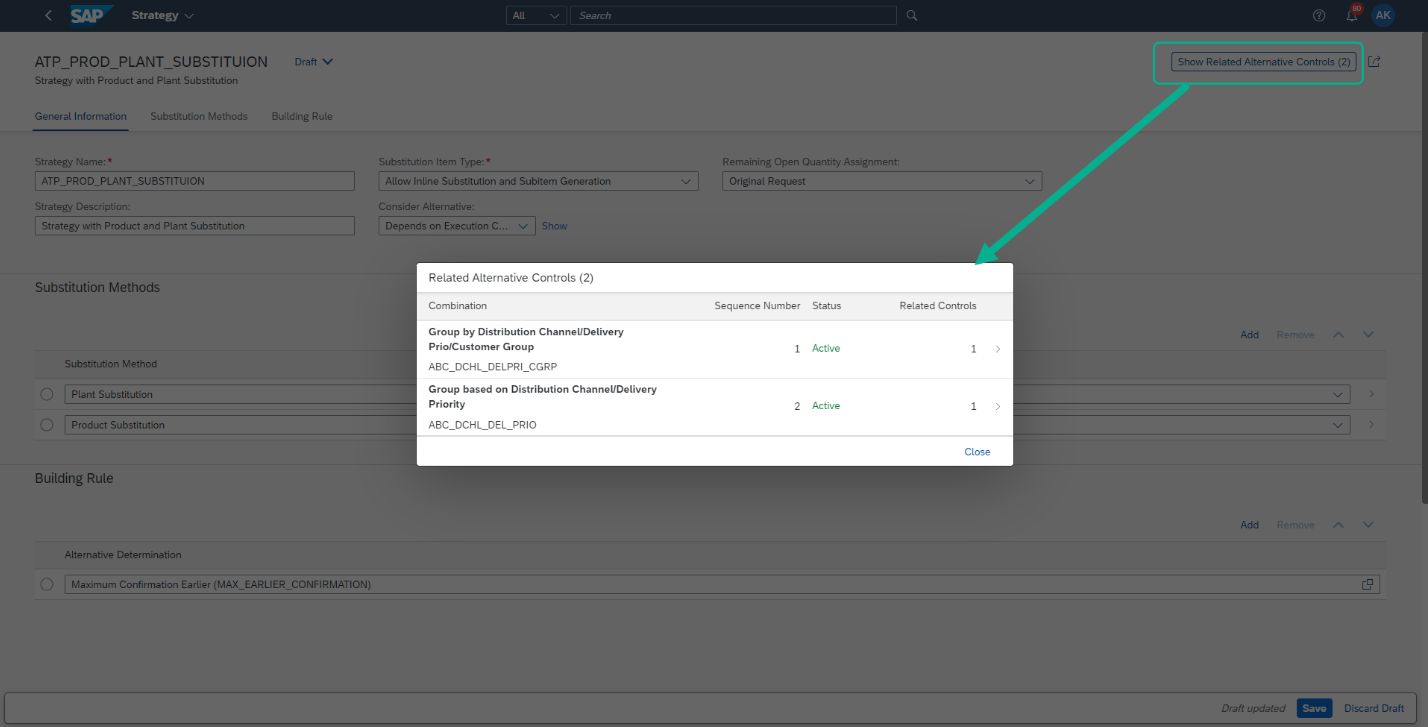 In general, we can summarize that rating attributes lead to a value that is, along with adjacent rating attributes, sorted according to the defined ordinal number. Hard constraints, on the other hand, define boundaries that must be fulfilled. One example for a hard constraint is the Maximum Delay. If the allowed delay is zero, it translates to an on-time confirmation.

Two or multiple alternatives may share the same confirmation capability. This is referred to as a tie situation for which a  hard-coded and documented tie-breaker exists.

Besides the alternative determination based on rating attributes and hard constraints, you can also implement custom logic to determine the best alternative. This extensibility option is also available in SAP S/4HANA Cloud via the Custom Logic app. An example implementation is available.

Worthy of mention in context of the BAdI is the safety net or validator that is – technically speaking – comes with the wrapper around the custom implementation to ensure that the confirmation calculated by the check is not violated: 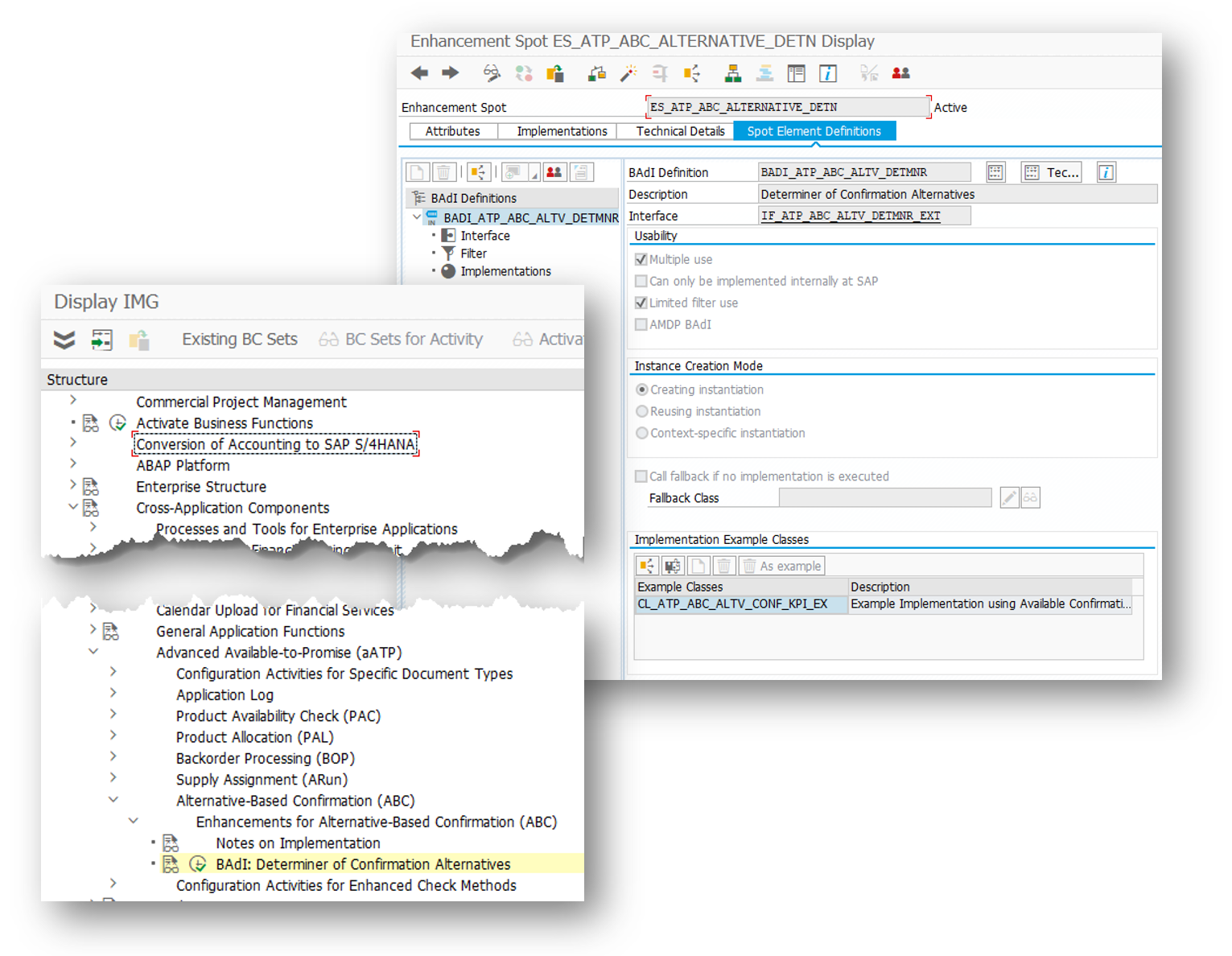