You might know report CLEANUP_PASSWORD_HASH_VALUES described in note 1458262 which removes redundant password hash values from the user tables.

Here is a typical result of the report for an old system which was installed many years ago: 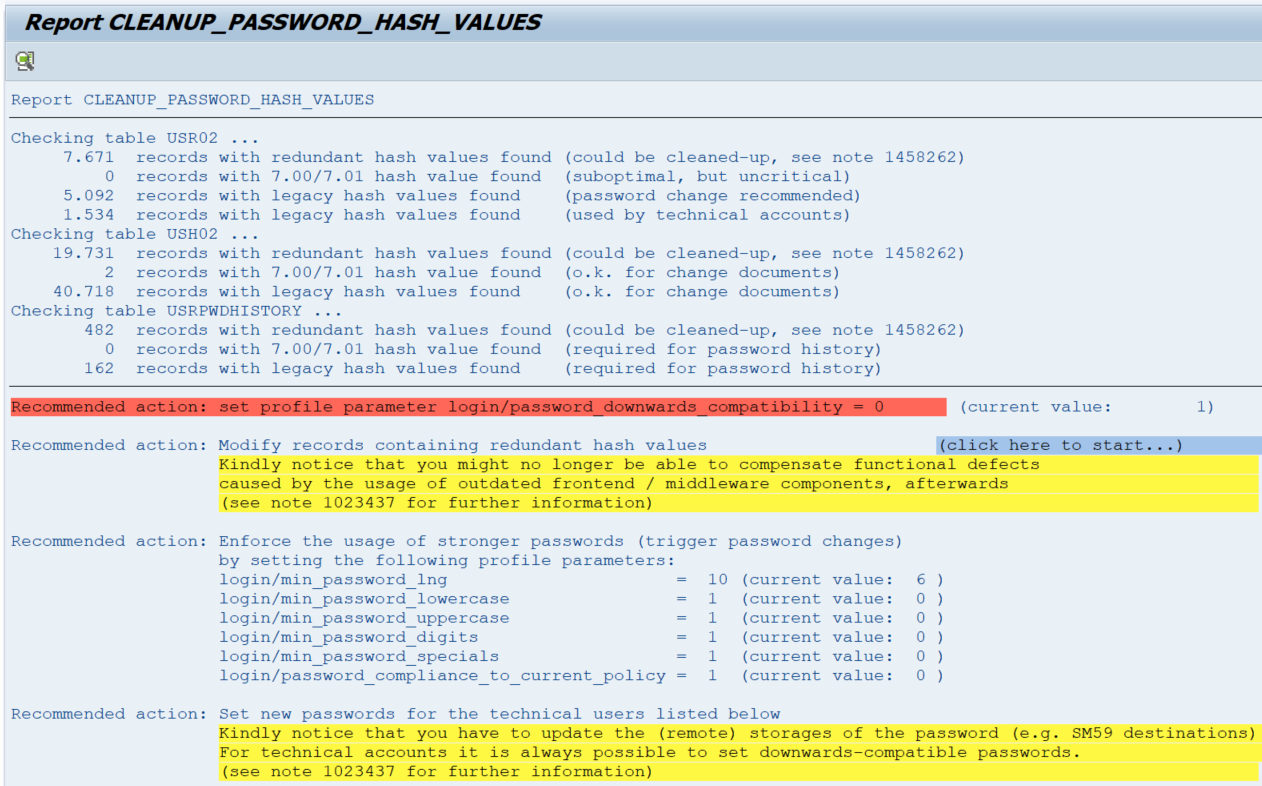 You observe that there still exit tons of weak password hash values in some tables after you have run the report. Cracking this old data still would give strong clues for any attacker even if users might use modern hash values in the meantime.

There exist several reasons why the reports does not touch this data. Here are some samples:

These are valid points, but what if you want to get rid of weak password hash values anyway?

Well, the last option is highly critical and doing it manually or using a badly written report is even more dangerous.

Therefore I like to present the custom report ZCLEANUP_PASSWORD_HASH_VALUESX which I’ve developed to clean some demo and sandbox systems. You find the source code of the report on  GitHub.

Here is the selection screen: 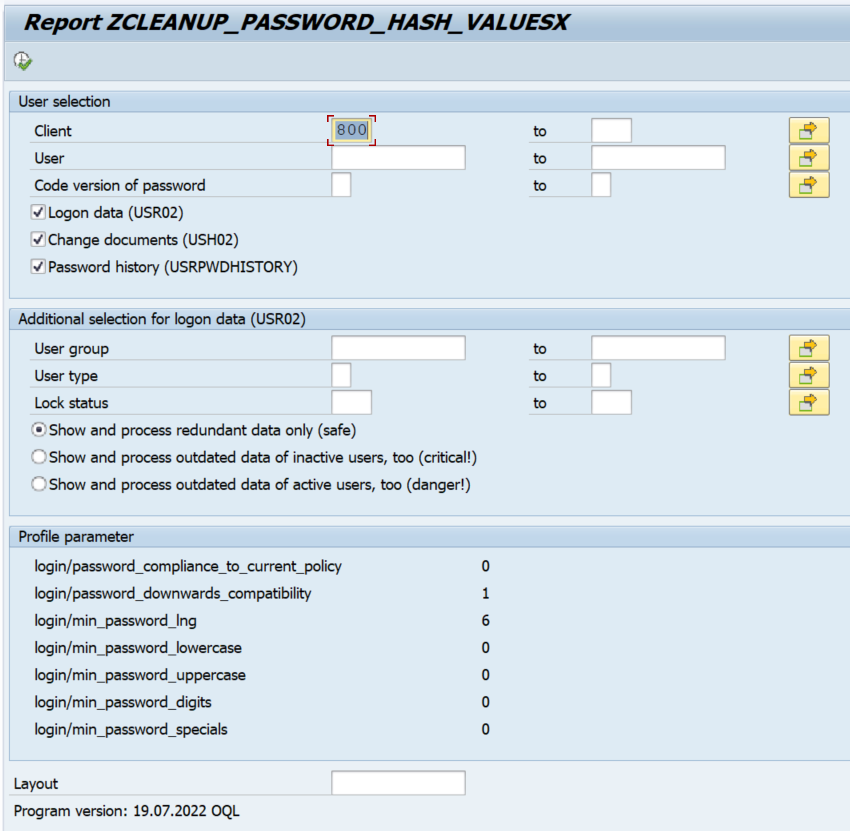 The report operates across all clients.

You can select data by users and by the code version of the password hash:

You can choose the database tables which you want to clean:

If you choose the logon data, you have some more select options for the user group, the user type and the lock status of the user.

For the other two tables, change documents and password history, you do not see similar radio-buttons. The report will offer to remove the data in any case.

If you see all three indicators you simply can remove redundant data.

If you see BCODE or PASSCODE but no PWDSALTEDHASH you are in trouble: You want to remove this data, but then the password of the user is gone. Check carefully how to proceed!

Now you can optimize the list, filter for specific entries, sort and save the layout for later use.

Finally you select some or all entries and hit “Remove”:

The report will remove the data and update the list accordingly.