Users now demand information in real-time. If you have to refresh the page to get new information, it’s already too late. Luckily, a protocol supported by all modern browsers to allows for direct data exchange: WebSockets.

Using ABAP Websockets, my colleague Basant Singh  and I have explored and created a basic application in UI5. So let’s get started and learn a little something about WebSockets.

WebSocket is a full-duplex protocol used in the client-server communication scenario.

In simple words, it is what enables the application you are using to receive the data without requesting it from the server, a two-way communication.

Unlike HTTP it starts from ws:// or wss://. It is a stateful protocol, which means the connection between client and server will keep alive until it is terminated by either party (client or server).

We know WebSocket provides a mechanism to have two-way communication, but there are a few more reasons why we should prefer it:

Let’s look at the most common use cases and where we generally encounter them:

Now we know what are WebSockets, why we prefer them, and some of their general use-cases. Let’s also take a look at how we can make use of it in the SAP world and how they’re already being used. An application like SAP Fiori Launchpad can consume notifications from the SAP Gateway Notification Channel. The notifications and alerts will be visible automatically whenever there is any update. The launchpad disables notifications by default, and no notification-related UI elements are visible to the user. You can refer here ↗️in case you want to enable the notifications. Let us look into some use cases where we can utilize WebSockets to make our Fiori applications more efficient and attractive:

Before starting any further on how to create WebSocket in ABAP, let us first look into some nitty-gritty of it in SAP.

It consists of two main enabling technology which helps in the pushing of messages from the server to UI and the exchange of message between different user session in AS ABAP. Let’s look further into it. 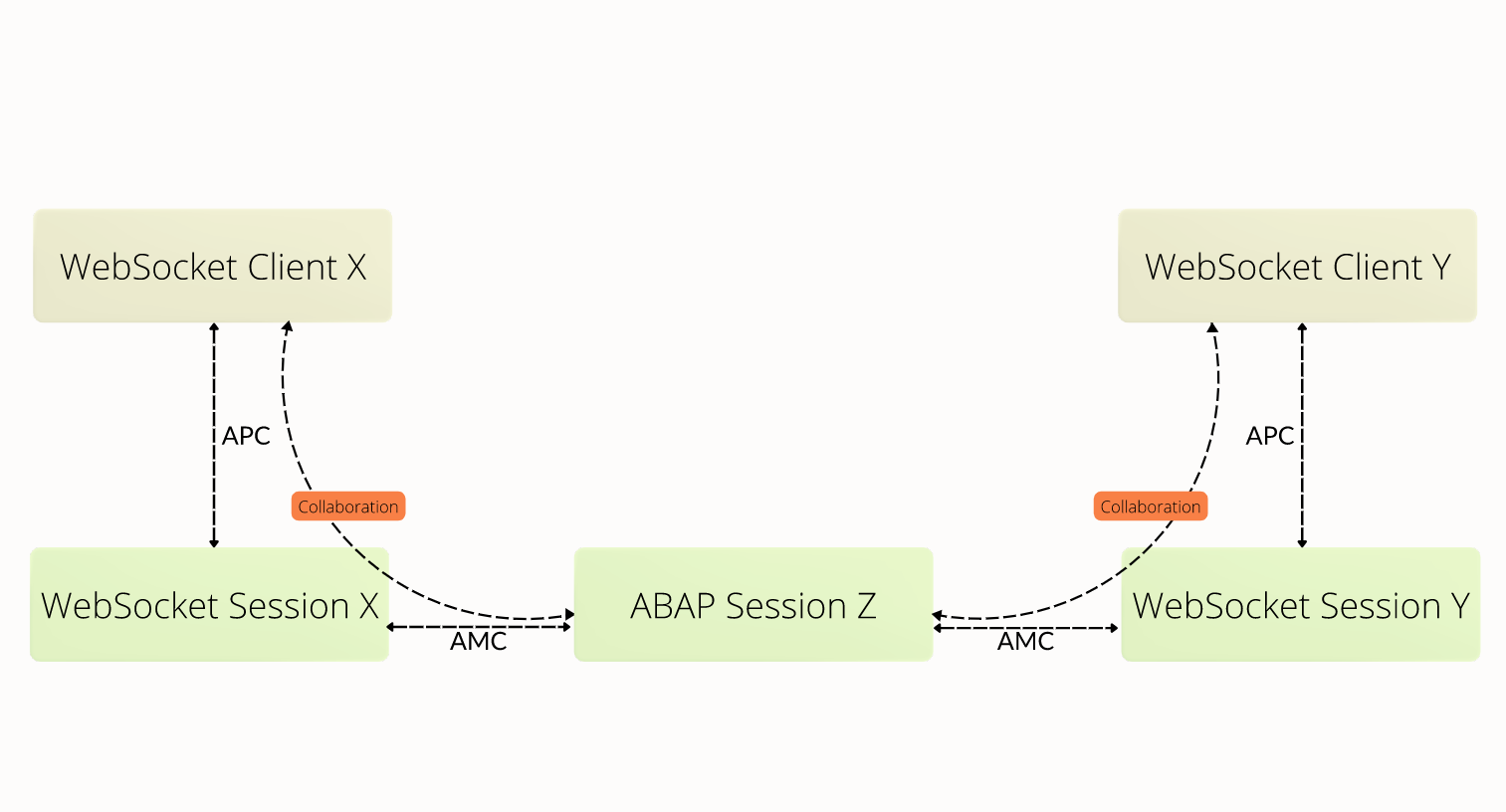 ABAP Push Channels(APC) is a technology using which a full-duplex or two-way communication with the server can be realized. It is called a push channel to emphasize that the technology allows the pushing of messages to the client even if a request is not sent.

ABAP Messaging Channels(AMC) is a technology that enables the communication between ABAP sessions using messages in an AS ABAP.

Messaging channel along with Push Channel is required for scenarios like collaboration as shown in the diagram above.

Now that we have a basic understanding of ABAP Channels, let’s look into how we can create a simple WebSocket in ABAP.

To create a WebSocket in ABAP, we actually need to create an ABAP Push Channel Application which corresponds to WebSocket as mentioned earlier. Follow the steps provided below. 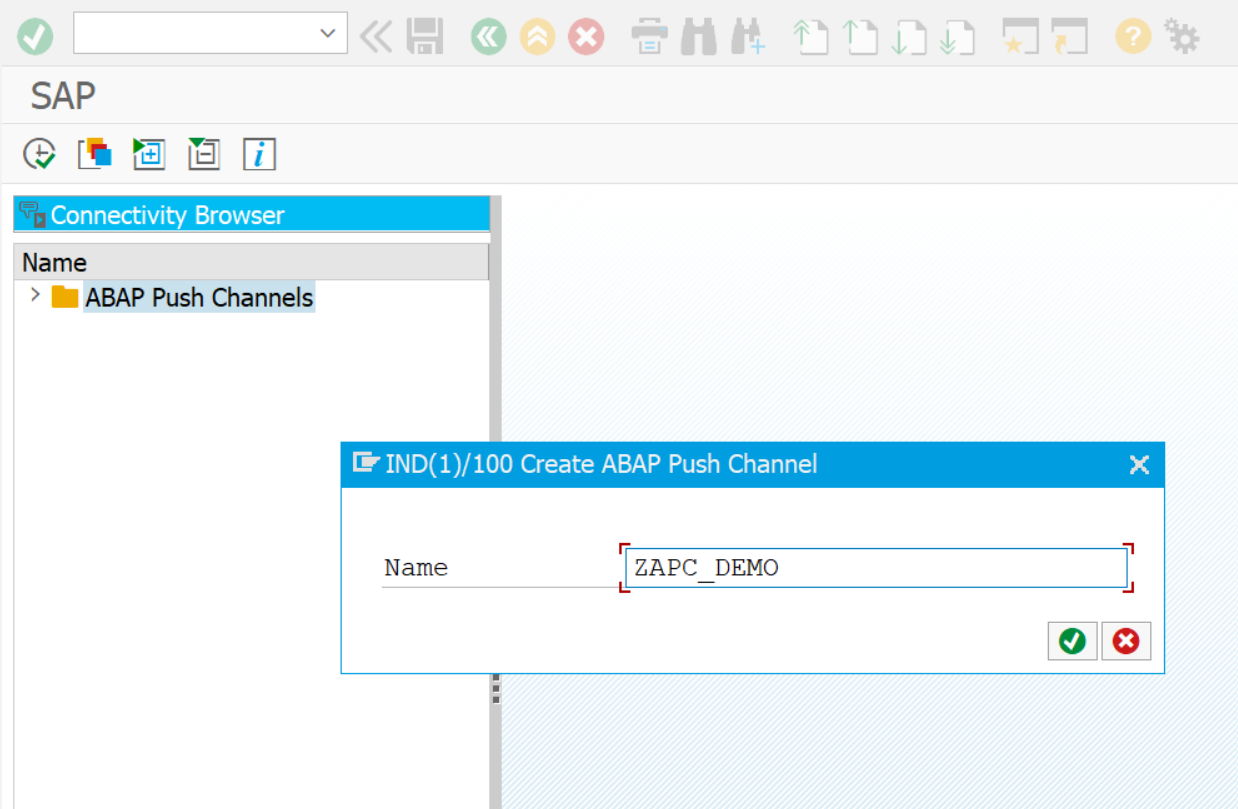 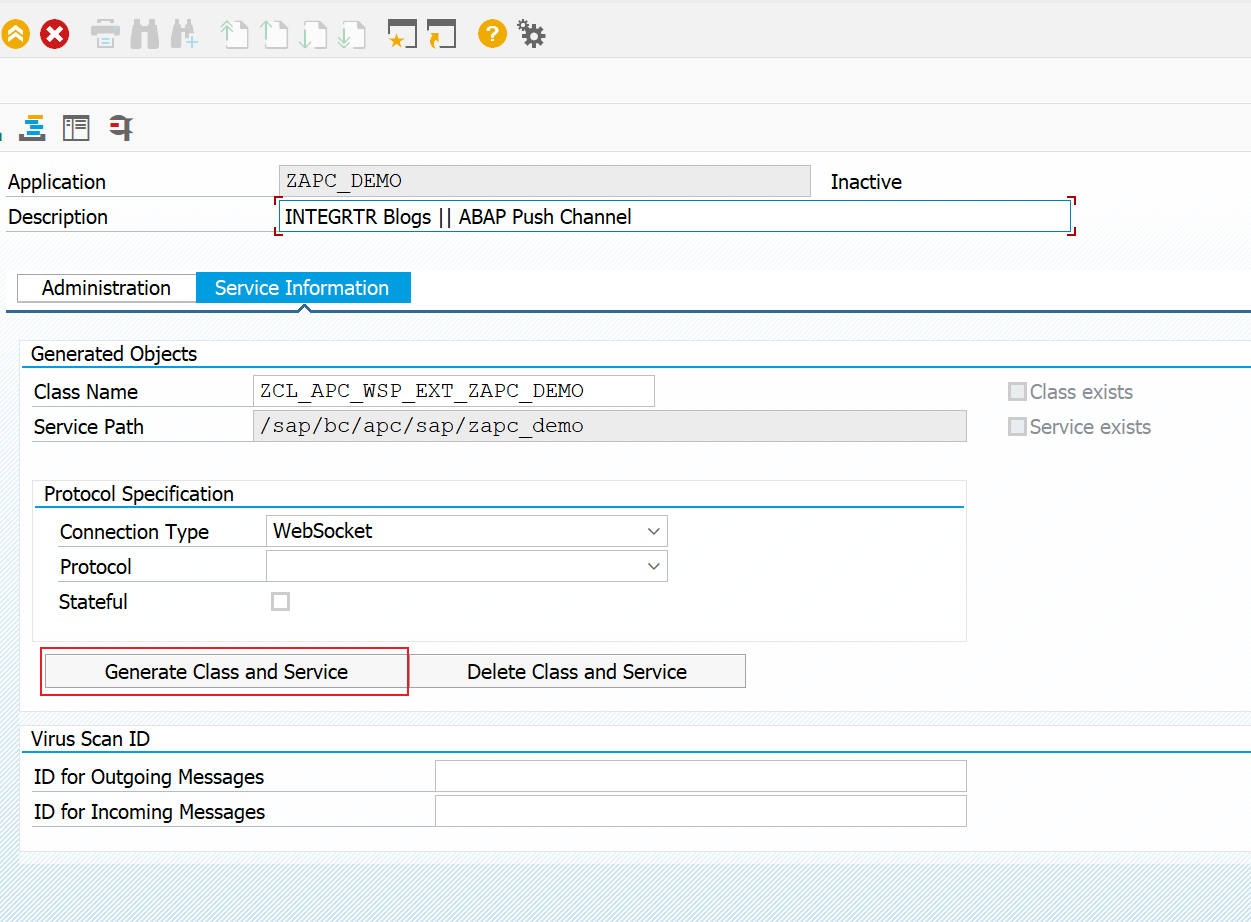 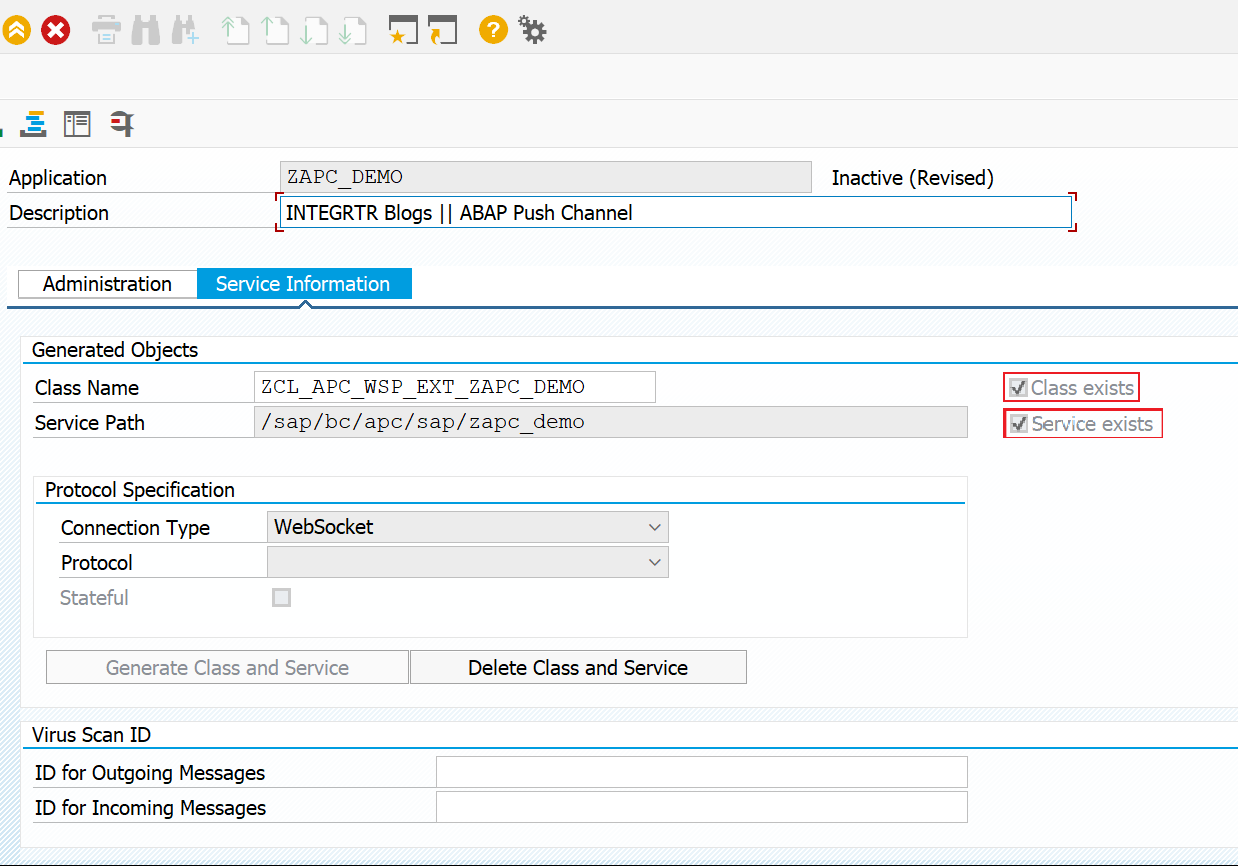 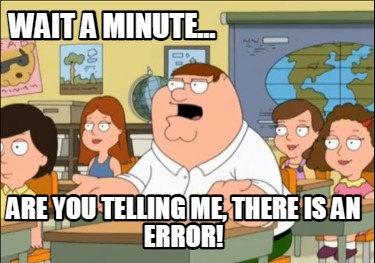 5. Double click on the Class Name to Navigate to the Class Definition.

We need to implement the Class method ON_START and ON_MESSAGE to resolve the issues. It is mandatory to implement at least these two methods.

6. Redefine the methods ON_START and ON_MESSAGE using the code provided below.

ON_ACCEPT : This method is executed whenever a WebSocket connection is requested and it is used to either ACCEPT or REJECT the connection request.

ON_START : Executed as soon as the WebSocket connection setup is completely successful after ON_ACCEPT method accepts the request.

ON_MESSAGE : Executed when receiving a message.

ON_CLOSE : This method is called before closing a connection and performing any resource clean-up activity.

ON_ERROR : This method is called when a connection is interrupted due to an error, after successful execution of ON_ERROR the ON_CLOSE method is executed. 7. Now Save and Activate the class and APC application.

Hurray 🎉 , You just created your first WebSocket in ABAP.

Now we have created the WebSocket, the next question that comes to mind is how are we going to test it.

We will use a Web Dynpro Application provided by SAP for the testing of WebSocket or ABAP Push Channel application.

Go to the APC Application we just created and Click on the Test icon. 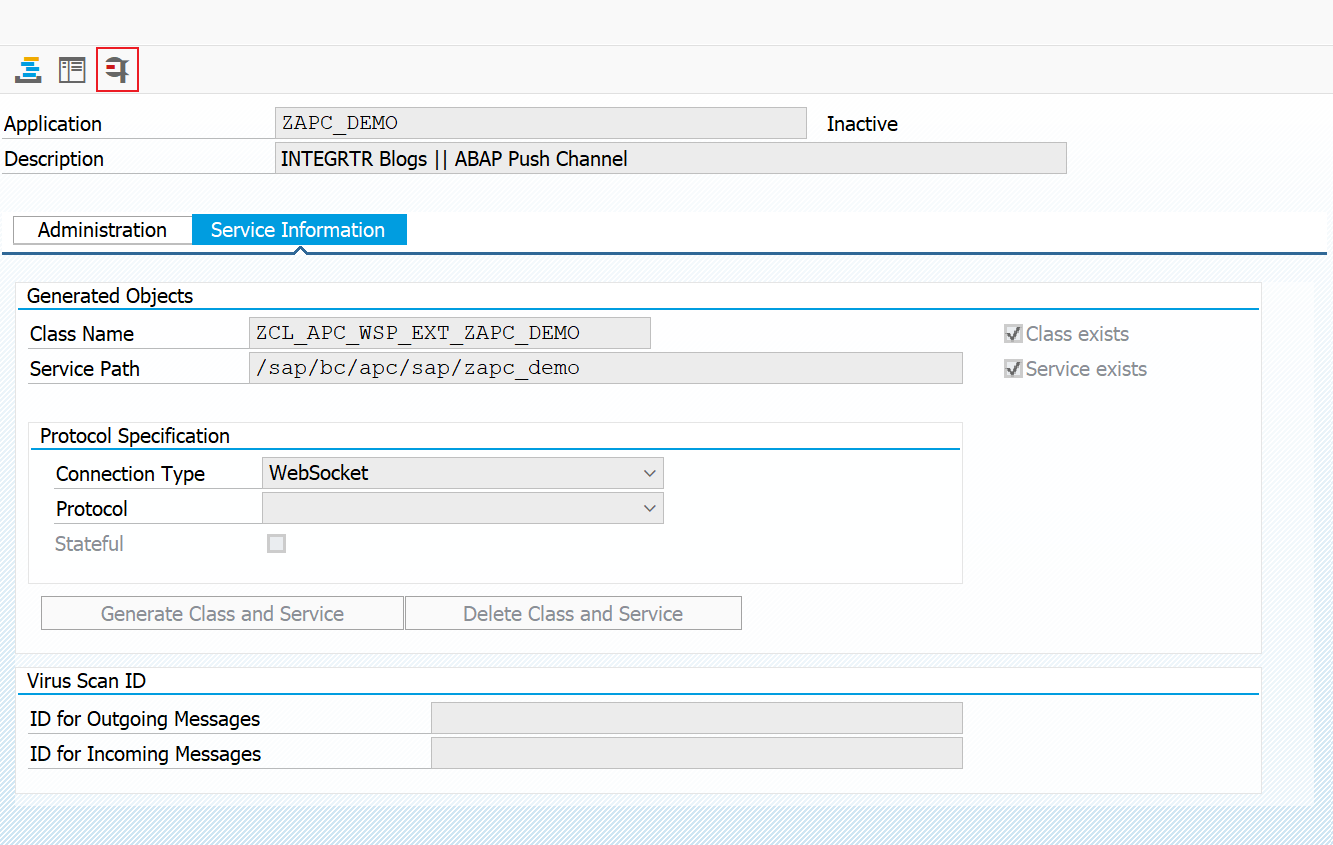 UI will open up in the browser.

ON_START method will be executed as soon as the WebSocket connection is setup successfully.

Add a message and click on the Send button.

ON_MESSAGE method gets executed whenever a message is sent.

Now we have learned how to create a WebSocket in ABAP, let us see how we can consume it in UI.

SAP provides a standard library for WebSockets. They are similar to the native WebSockets. We can make use of class sap.ui.core.ws.WebSocket↗️.

Code snippet below shows how we can create a new WebSocket connection:

aProtocols: array of protocols as strings, a single protocol as a string

Let us learn about the various events and methods:

So, now that you have the basic understanding of how to create a WebSocket in ABAP and how to consume it in a UI5 application. Below are some of the useful links that will help you further learn about the topic:

Introduction to WebSocket and ABAP Channel: 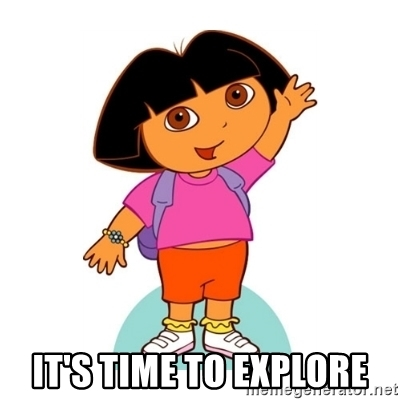