The driver for SAP HANA is not included into read-to-use binaries of GDAL, so we have to build it from sources: https://gdal.org/download.html#development-source

Check that your session in running in Intel architecture mode (i386).

As I mentioned I have MacBook with Apple M1. My first attempt to build and use GDAL for a native arm architecture did not work and caused the error

…because SAP HANA Client is available for Intel arch on macOS at the time of writing this post.

In case you are using a MacBook with an Apple silicon too, then I have posted an article already Running hdbcli on an Apple M1 chip: an alternative way with using arch command that describes how to start x86 translated mode in the terminal.

I assume you are already using Homebrew, if you are using macOS.

What I found helpful is that by default Homebrew is installed to different preferred prefix depending on the architecture: /usr/local for macOS Intel, /opt/homebrew for Apple Silicon.

In case of a laptop with Apple silicon I can have two different installations of Homebrew: in the native and in the Intel translated mode. Although for the latter it used /usr/local/homebrew.

Check your configuration with:

At the time of writing this post, requirements listed at https://gdal.org/build_hints.html#build-hints were:

Let’s have a look:

If you carefully check logs of installation, then you should notice the following caveat:

As stated on the SAP HANA driver page for GDAL: odbc-cpp-wrapper is a build dependency for it.

C++ Wrapper for ODBC is an open-source project from SAP and is available on https://github.com/SAP/odbc-cpp-wrapper.

Let’s have a look at its requirements: 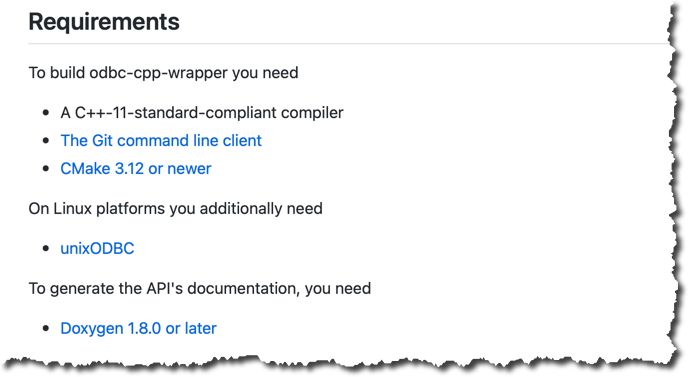 We should have the first set of the requirements — a C++ compiler, the Git CLI and CMake — already satisfied.

Install unixODBC from Homebrew, if you haven’t done so yet:

I did not plan generating the API documentation, so for the purpose of this post I skipped installing Oxygen.

I followed the steps described in https://github.com/SAP/odbc-cpp-wrapper#building-and-installation with one additional step not listed there. Below are my notes.

But before running the cmake step to avoid a build error…

…I had to create CMake’s environment variables LDFLAGS and CXXFLAGS to point them to unixODBC includes and libraires: 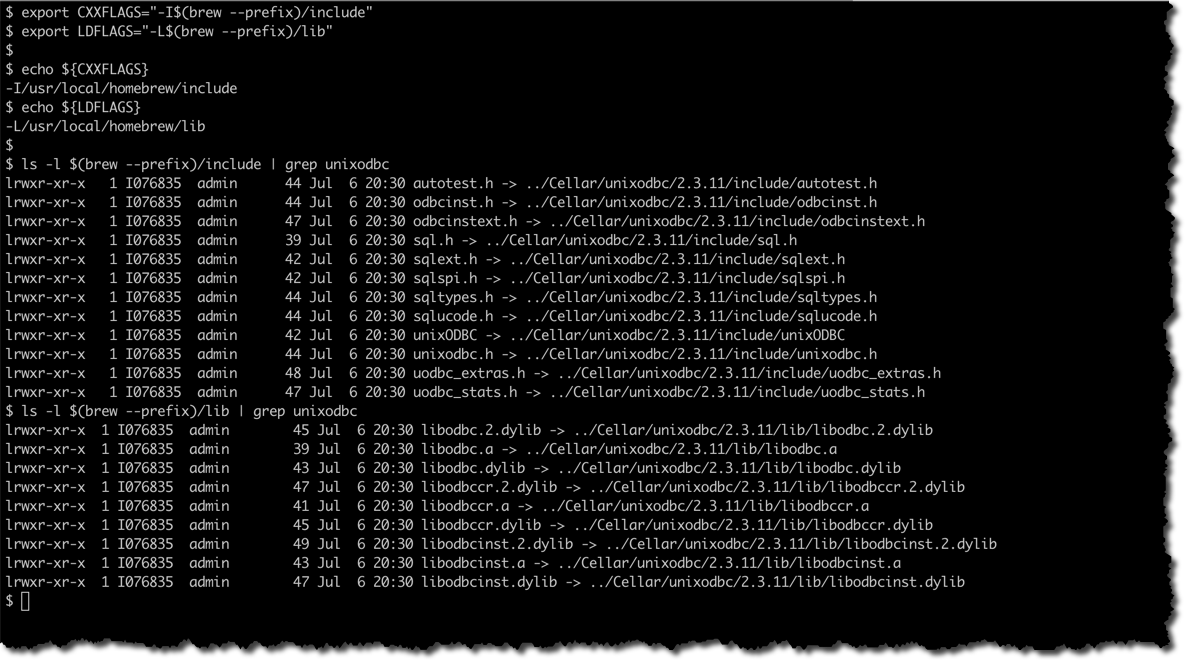 As you can see required includes and libraries are already linked in Homebrew’s directory, so we do not need to pint to their specific destinations of unixODBC folders.

I have used cmake for the rest of the steps instead of the make as listed in the documentation.

Installed files can be found in the file install_manifest.txt, which included libraries

In your installation the target folder might be different than /usr/local/homebrew/ depending on the configuration.

…after which you should be able to build GDAL following https://gdal.org/build_hints.html#cmake.

Here are my notes.

Let’s check the latest tag in the repository.

Please note following in the output of the command execution:

I hope you find my notes helpful, but I will be happy to see your comments and recommendations as my steps and approach might still not be further improved!