While pursuing a degree in mechanical engineering, Dimos Vamvourellis found a new passion for app development on the side with SAP AppGyver and connecting with other no-coders. AppGyver Hub, made in SAP AppGyver, serves as a platform where developers can share their work, showcase their skills, and find/share job opportunities. We interviewed Dimos for this edition of SAP AppGyver’s Creator Spotlight: 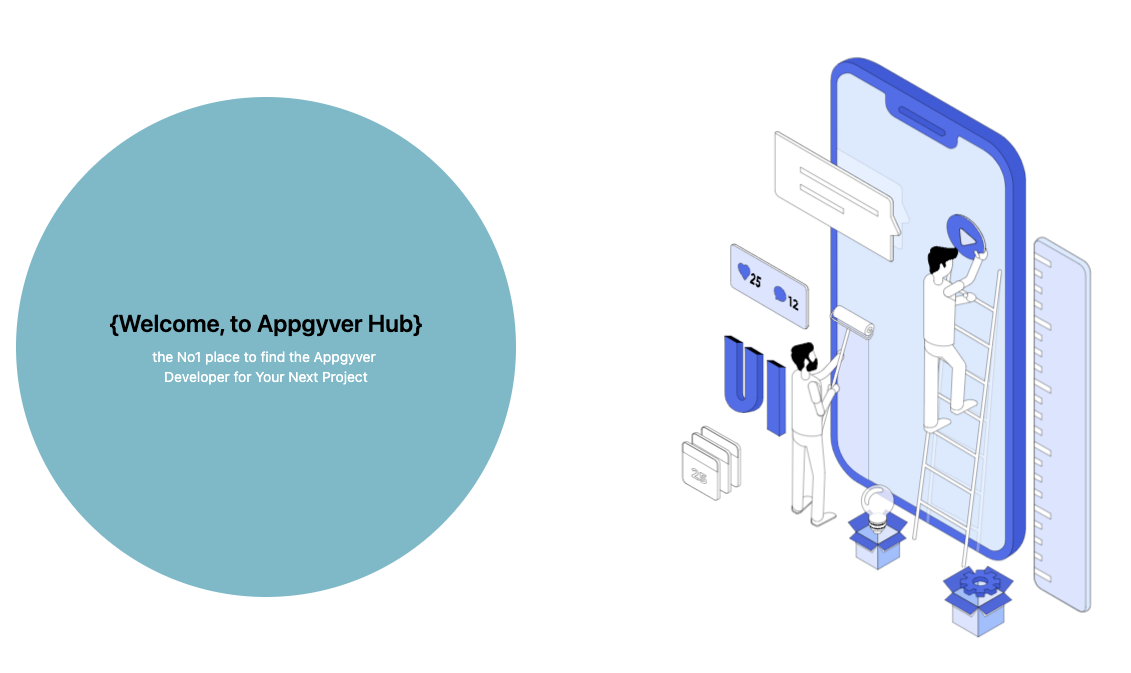 What inspired you to start this project?

Dimos: I saw that a lot of people on the AppGyver forum are looking for developers. I also did some gigs on Fiverr too, but I was thinking that Fiverr is not the best place that matches AppGyver because of its philosophy and it has higher rates. Because AppGyver has such an active forum, we could even have a separate community for that exact reason. The app has a portfolio for developers to share their work and their skills. I’ve also added an update where you can share job listings, so developers can give some quotes for the projects. 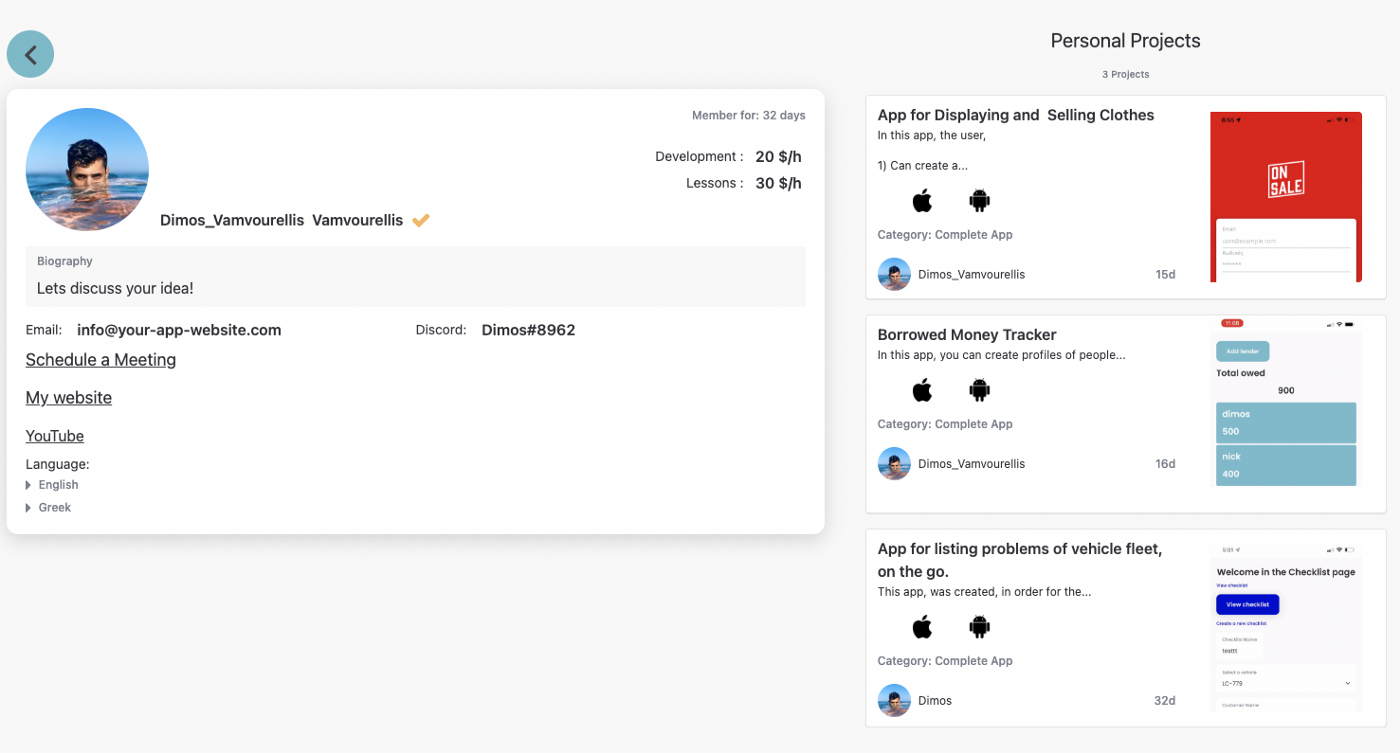 How challenging was the development process?

Dimos: Now I have good experience with AppGyver, so the actual app took me about two days. Of course from the point where I first shared it to the forums, I have also spent some time working on bugs with the runtime version, and other minor issues. But I figured these out, and now I’m moving on to adding more features. We have almost 20 developers listed, and a few projects that have been shared. I think with more time, developers will trust the idea and they’ll want to spend time creating a portfolio that looks good.

It was a special moment for me also when AppGyver first posted on Twitter about the project, because I didn’t think the team would catch on with the idea so quickly. I was really happy to see that!

What’s your main vision for the AppGyver Hub?

It would be something between Fiverr, a portfolio, and idea sharing, but very specific for AppGyver users. I also want to use this to share what is possible with AppGyver because someone who is just starting out doesn’t have an idea yet of the huge possibilities of this platform and what you can create.

Another idea I had for this would be to create a whole team of successful developers who are working specifically in AppGyver. Everyone has specific knowledge in their own field, so in the future, this could even give us an idea of who has what knowledge and can share it with the team. Developer profiles can also include their project rates.

What advice would you have for people just starting to learn SAP AppGyver?

Dimos: Something that helped me a lot, was getting ideas for whole apps and just starting to create them, even though it wouldn’t be feasible for me to run the app and make it successful. For example, I have ideas for five or six apps from the past and they’re almost ready to be deployed. That helped me a lot to learn the platform, also look around on the forums.

Not everyone learns the same way — some people like me prefer watching videos, but other people would rather have some actual lessons in how to use the platform. The community is very helpful, and many people that have knowledge now want to spend their time teaching others too.

👉 Check out the no-code developers and projects on AppGyver Hub.