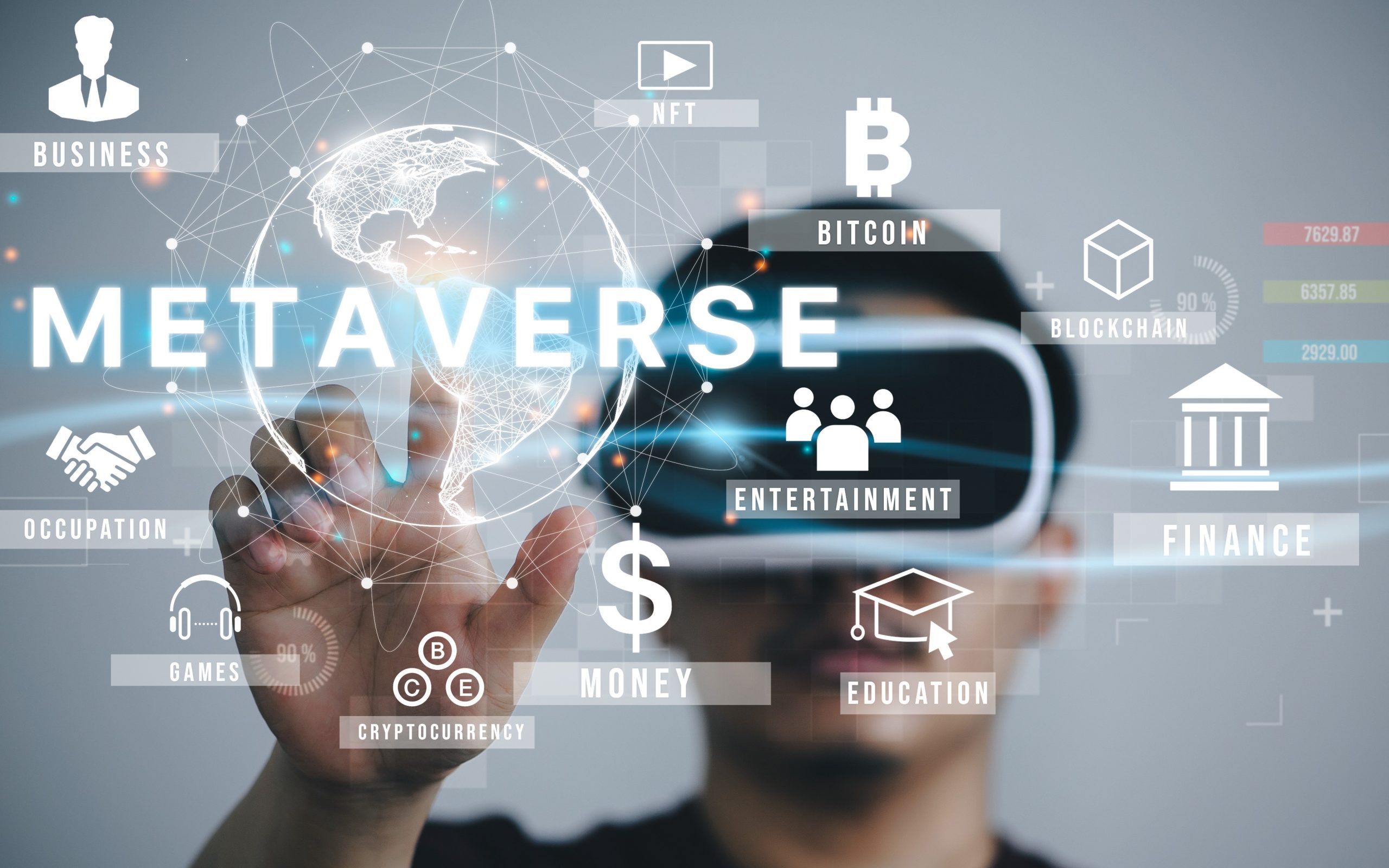 Much has been written about Metaverse (part of the Web 3.0 terminology) and explanations of what it is. Is this another Tulipmania or is it just rehash of new wine in old bottles? Perhaps this time might be different one might say, but the stakes are getting high.

First described in science fiction novel “Snow Crash” by Neil Stephenson in 1992, the Metaverse concept was first explored in books and later in full-screen movies like Matrix in 1999.

Second Life, the “old wine bottle” of metaverse was founded in 2003 and would see it grow its monthly active users until it stagnated almost a decade after. Then came the emergence of gaming platforms like Roblox in 2006 and Minecraft by Mojang (2009) whom has since been acquired by Microsoft in 2014.

Following that in the period 2014–2019, there was ebb flow of the Metaverse mania, with the advent of social media platforms like Facebook gaining tremendous explosion of monthly active users to more than a billion globally.

In more recent times, the rebranding of Facebook to Meta Platforms in 2021 triggered another scramble of the Metaverse mania and followed swiftly with precipitous single day record fall of its stock price by $230 billion dollars in February 2022. However, the Metaverse is not just dependent on what Mark Zuckberg’s envision it to be.

The Metaverse already consists of many other players. Roblox, the gaming platform are preferred by kids with a large developer community. Sandbox and Decentraland are where you can also buy, sell, rent virtual land. Bigtech companies like Amazon has since 2018 been trying to build virtual reality shopping experience in its virtual “Amazon shopping mall”, whilst Microsoft’s recent whopping $75 million acquisition of Activision is seen as a Metaverse gateway entry.

If humans are going to immerse our life experience in the Metaverse, where we will socialize, play, work and even store our wealth in the form digital assets in NFTs (Non-Fungible Tokens). The World Economic Forum (WEF) Strategic Intelligence has a great info graphic below where VALUES is identified as a core component:

We need to understand what is the underlying most important foundational rule for the Metaverse for it to succeed. Diving more deeply into the VALUES, I argue as below:

It is the TRUST in the identities of people. It is priceless in the Metaverse as it is in real world.

Why you might ask? The key issue is social privacy as digital footprints can be tracked to reveal real world identity. Sensitive information like location, financial details and preferences can be tracked and hence the lack of controls could result in loss of privacy. An example, your avatar maybe shopping for items in a Metaverse shopping mall, and a stalking avatar can easily record your shopping habits easily.

Researchers has proposed the use of social clones of avatars , multiple ones to confuse potential attackers, so as to confuse them. On the other hand, this creates more issues of multiple representation of the clones with potentially billions of them in the Metaverse.

Imagine the N:1 factor of Avatar : Real Human ratio, this could be unsustainable and unmanageable in multiple Metaverse platforms. I would argue that the users will be super confused between their real selves and their virtual identities just like we are inundated with information in Web 1.0 and disinformation in Web 2.0.

From the earliest days in history, humans has always used an object or symbol to authenticate our identities, to convey authority of power by emperors and officials but also foster trust amongst transacting parties.

Ancient history shows us that Cylinder seals in ancient Mesopotamia were used by traders as personal signatures to guarantee and legitimize business deals. The legend of Qin Shi Huang’s Imperial Jade Seal was used as signature of authority for later dynasties.

Name seals then spread to common private use during the Ming to Qing Dynasties from years 1300 to 1912. Calligraphers and artists stamp their name seals to signify the authenticity of the artworks, traders also use it as their personal signature for business deals as the Sumerians did in the preceding centuries.

In more recent history, the first signature appeared in Bank Notes by the Chief Cashier of the Bank of England in 1870. In particular, the Japanese Meiji government introduced the Hanko/Inkan as it was industrializing at that time, and with largely uneducated peasant population, this was a necessary measure.

This Hanko system is still in used today , but due to the pandemic, the Japanese government have announced the removal of requirements for hanko seals in hundred of government administrative procedures. This is because the pandemic have exposed the backwardness of their digitization efforts and the argument is that removing of the Hankos will speed up the acceptance of digital signatures which are generally accepted elsewhere in the world.

Nonetheless, I propose the system and concept of the Hanko can be applied for Digital Avatars :

It clearly establishes the digital identities of the person in Metaverse in Web 3.0 with a real- world person.

The technologies of blockchain for Decentralized Digital Identity behind this is still evolving. For example, Trace Network Labs have one for what they called the multichain metaverse. It uses proof of stake (POS) blockchain according to its whitepaper and claims to be enable avatars to live their lifestyle, work, play and socialize. They can even consume digital NFTs (accessories and wearables) from their marketplace called Bling.

There are opportunities for data monetization where individuals can earn money out from their own social interactions in the Web 3.0. For example, the Metaverse users can sell their “Self ” Avatars while keeping the “Financial” and “Legal” Avatars off through privacy controls. Regulations and laws will need to keep up as the technology.

From the technology standards perspective, Distributed Identity Foundations is a community based standards organization that has been established to advance this new development and governance for the interoperability of the different protocols. Founded in 2017, it has now grown to about 115 members with notable names from Bigtech (Microsoft), System Integrators (Accenture), Big Security Solutions (RSA). Hopefully, this shall guide us into a useful standard that everyone can agree upon from the technical standpoint.

Technology can only “help” build Trust amongst humans in the Metaverse. We have done so in the past using name seals to establish trust between transacting parties in ancient times and recent contemporary examples of the Japanese Hanko have shown us the way to somehow “digitize” these old analogue ways.

Basically, I would propose we just need three different digital avatar identities (everyday self, financial, legal) that can be authenticated to a real-world identities to establish priceless trust in the Metaverse.

All else for purposes of anonymity and privacy, the users in Metaverse can choose to have multiple clones of themselves. Users can pretend to be other avatars while at play or perhaps they just simply do not want others to see what they are doing in the Metaverse. Opportunities also arise where they can monetize their own data as the technology of Web 3.0 is still evolving.

The main features of digital identities in the Metaverse must ensure

1.Privacy : control in the metaverse resides with the users

2.Portability: between multi-metaverses with ownership belonging to the users

3.Authenticity: ability to authenticate to a real world person

Ultimately, technology can and will help but it is still up to us to really build this fundamental value of trust through institutions, regulations, governance structures, cultural and societal norms.

This article was first published here.