A looong time ago, when I was still in school, eclipse was new (and only for Java programming) and a cool thing it could do was “extract interface”: You would code a class, click that button and an interface would be created.

In ABAP, I don’t think, there is such a thing (or is there?). Also, in the past I have not cared much for interfaces, although I kind of know, it’s good to have them (e.g. for making things easy with ABAP unit and also good OO design (“always program against an interface” )).

So how about you?
– did you know the SE24 refactoring assistant?
– is there something similar in AdT?
– don’t you ever need something like that, as always create an interface up front?

PS: I think this could be a text-only blog, but as I made some screenshots, I’ll share them here: 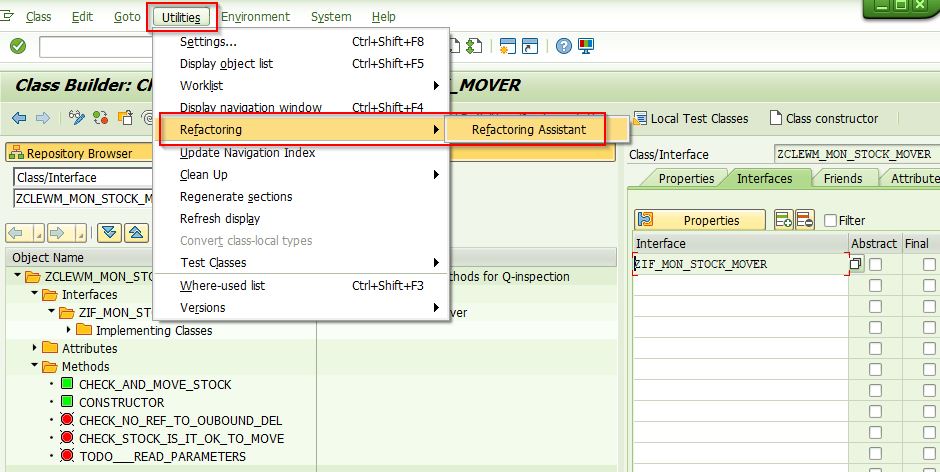 use the refactoring assistant 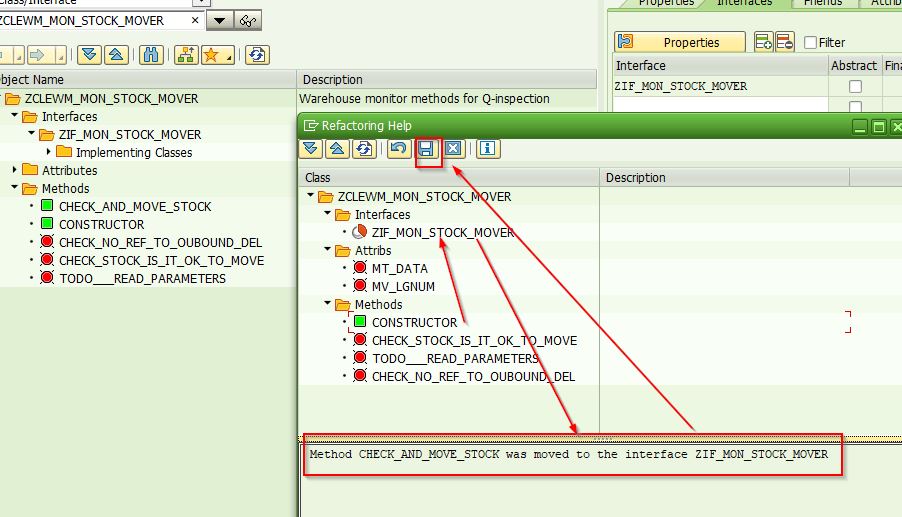 SE24: use the refactoring assistant