This process can be simplified, but it does require some ABAP programming which can allow for more complicated selection scenarios.

In this scenario we are going to extract a characteristic value from the equipment which will then be used to select specific operation(s) from the task list onto the PM/CS order. The scenario is loosely based on functionality defined in OSS Note 111394.

We need to ensure that our equipment already has a class assigned and in this example the characteristic value we are interested in is held in the pump capacity (C201) as shown below: 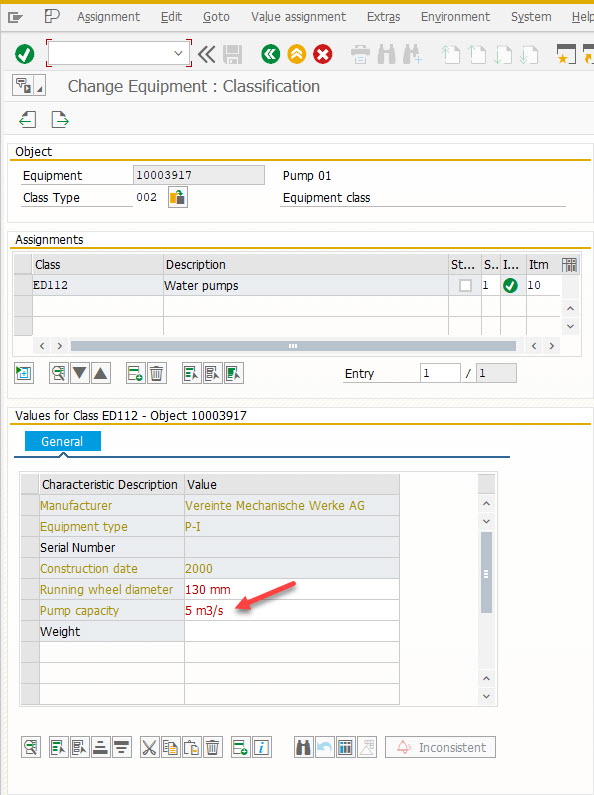 The following steps detail how to set up the data:

We first need to create a new DUMMY class (type 300) which we will use to carry the pump capacity data from the equipment into the variant configuration engine: 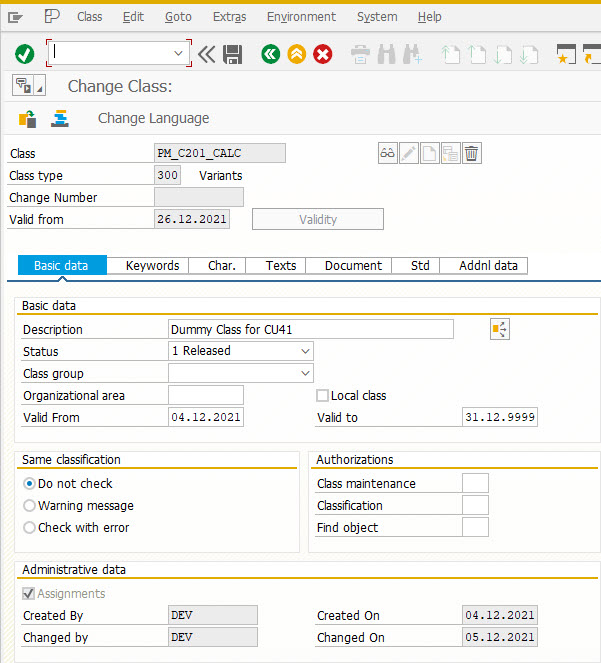 The DUMMY characteristic is mandatory when we come to set up the configuration profile which we will define in the following steps. Other than that, it plays no other part in the process.

We now need to create a variant configuration function that can contain our ABAP code: 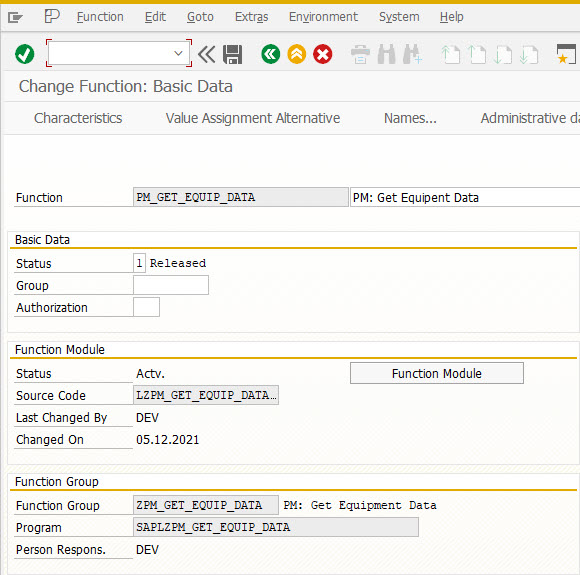 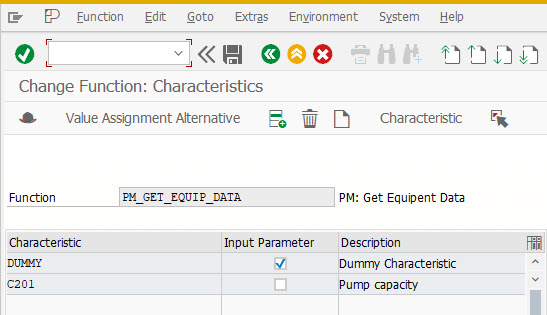 You now need to create the function module via the Function Module button above.

The function module has the following parameters: 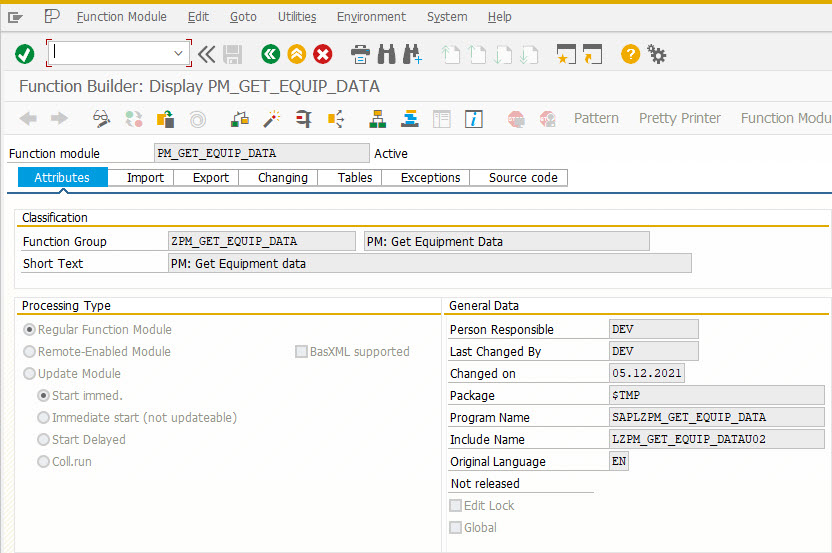 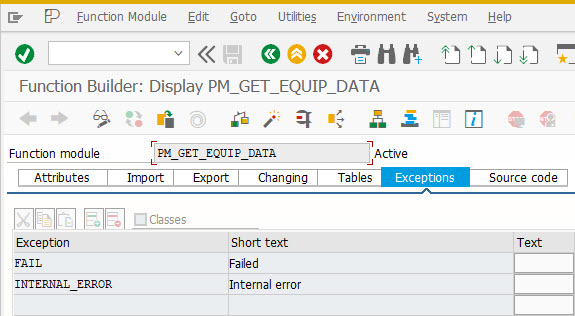 The following ABAP code is used:

We are going to create an action dependency which we will use un the configuration profile in a subsequent step. We need this dependency as it allows us to link into a function module where the required ABAP code is stored: 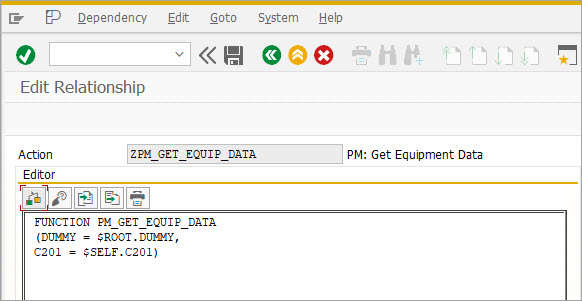 This is required now as we need the task list name before we can create the configuration profile in the following steps. 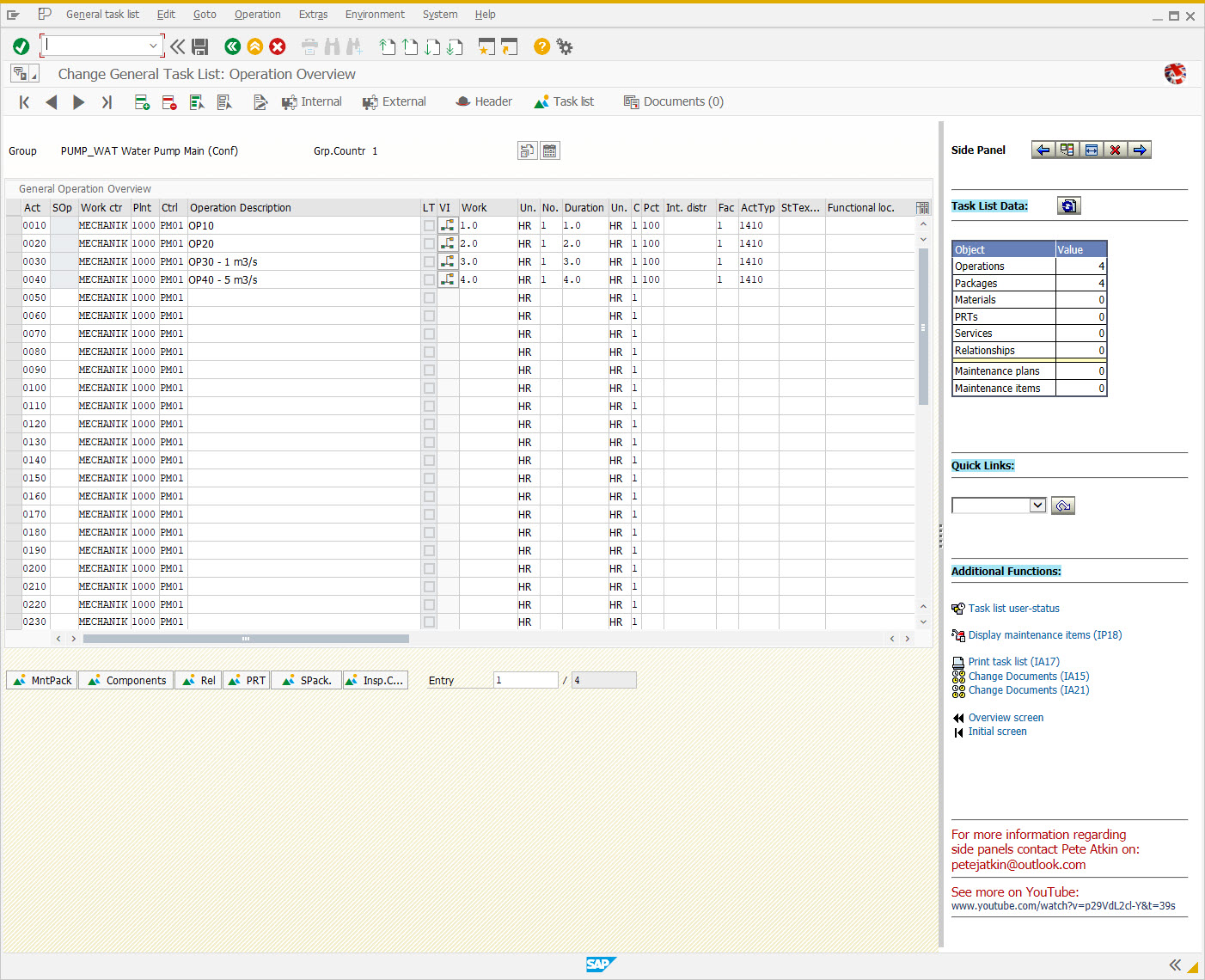 We now create a configuration profile and link all the objects together: 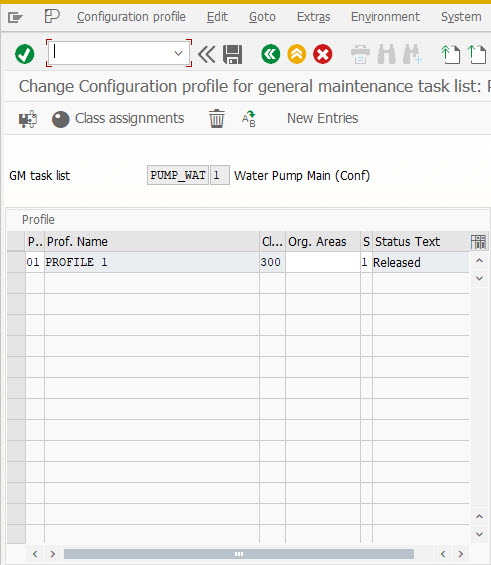 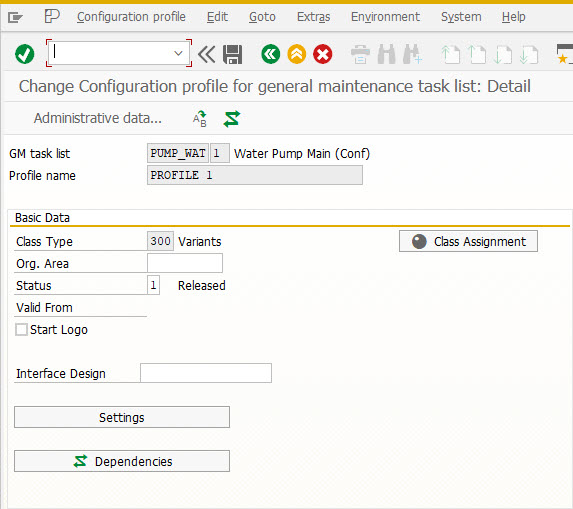 We assign the class we created at the beginning of this process. Make sure you enter a value in the DUMMY characteristic – remember that the system needs this data, but it is of no use to us. We now assign the action dependency we created in step section 4.1 above: 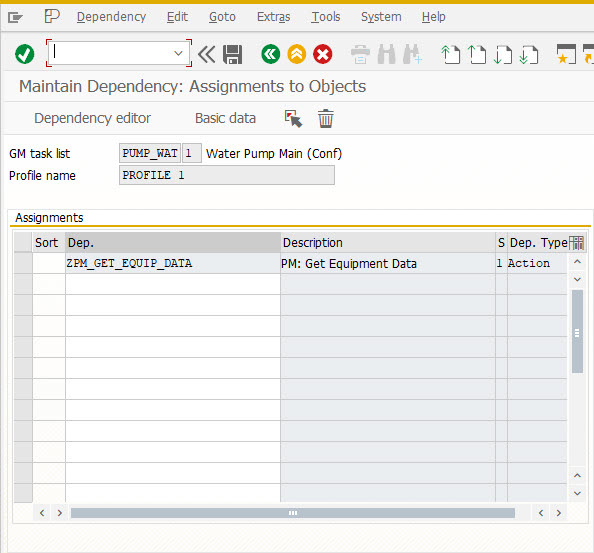 We will now create two selection condition dependencies that will be used in the task list to select the relevant operations: 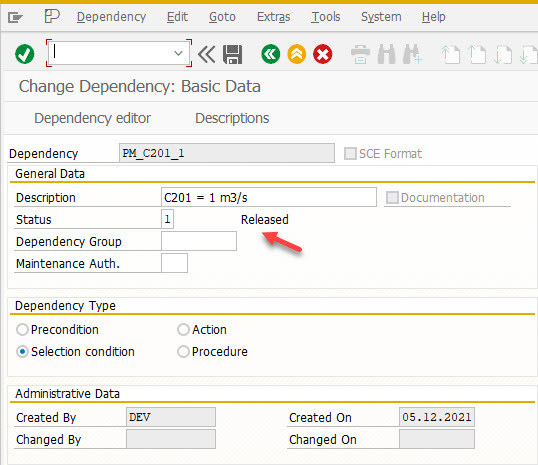 The two operations below have been assigned to the selection condition dependencies created in the previous step. 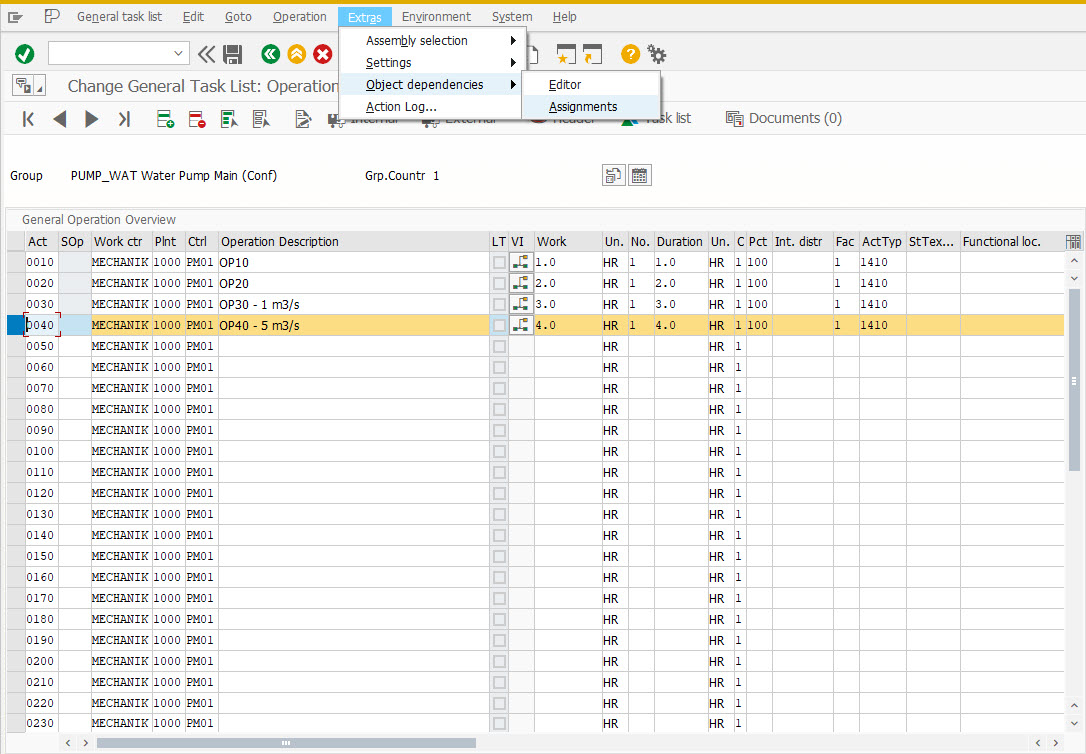 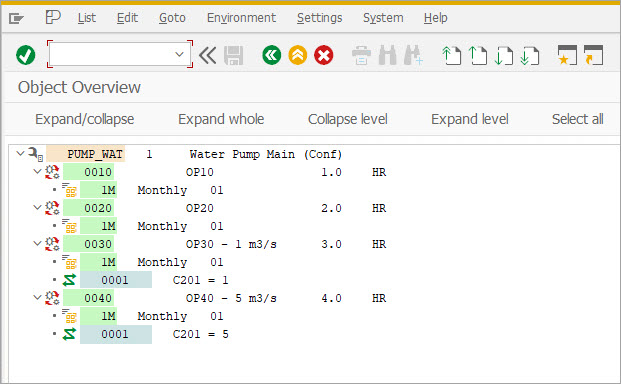 Create or change an existing order and ensure that the relevant equipment is entered in the order header. 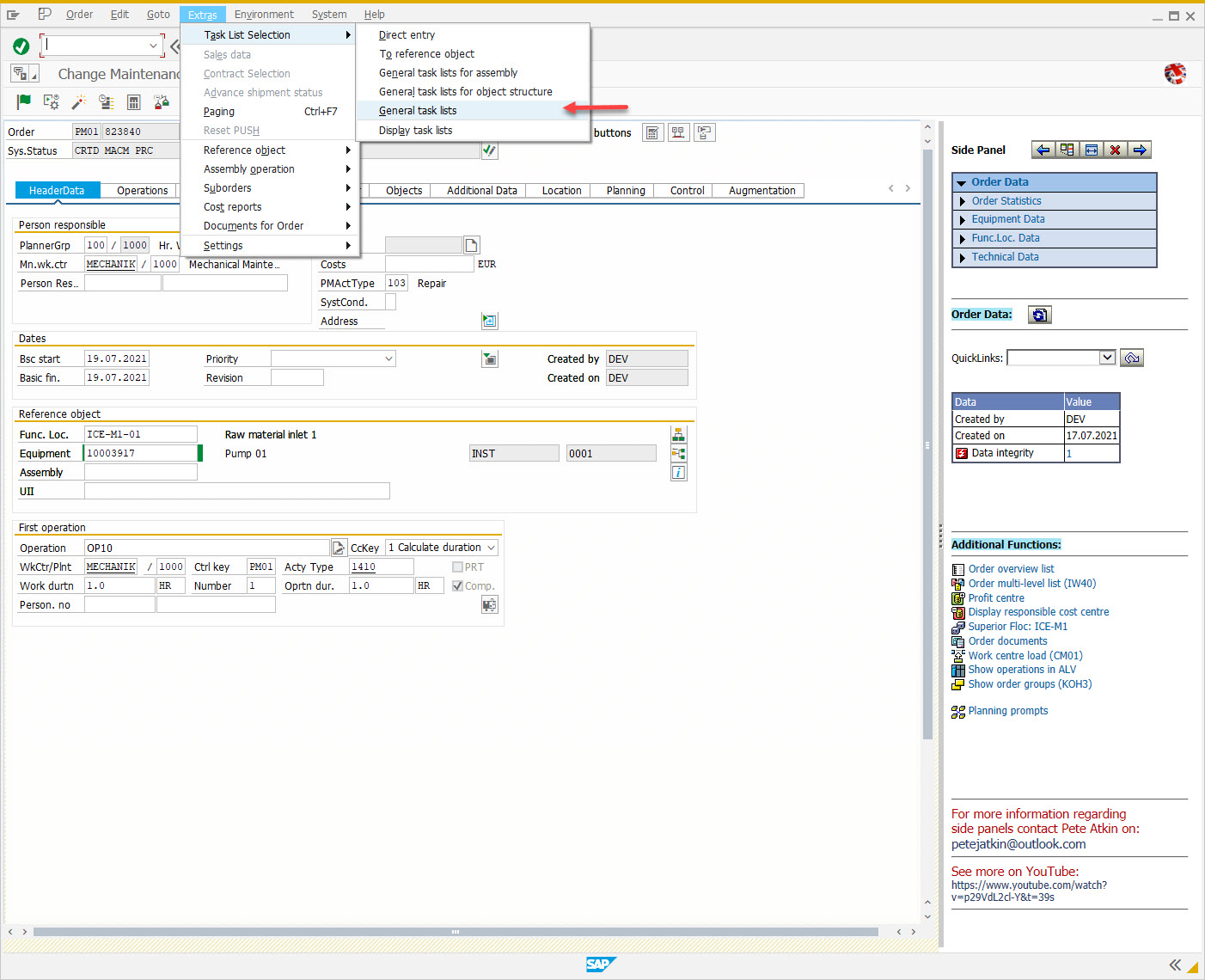 A classification screen should now be displayed and the characteristic values copied from the equipment. You can change these if required. 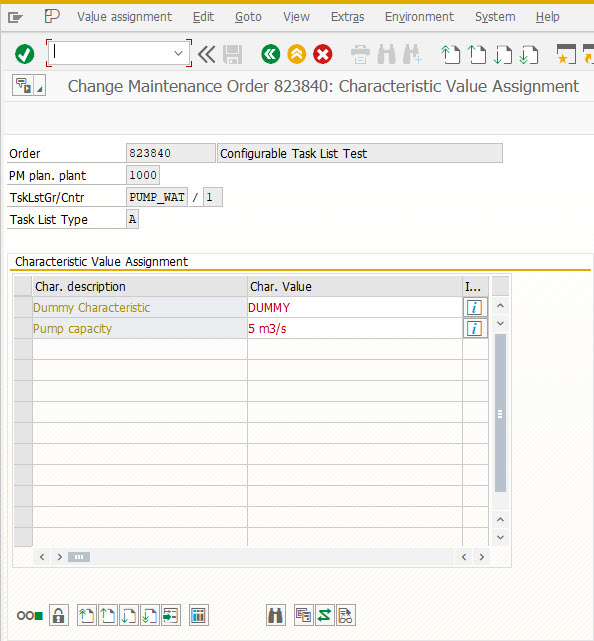 Create a maintenance plan for the equipment you identified above.

Schedule the plan via IP10 and release one of the calls. 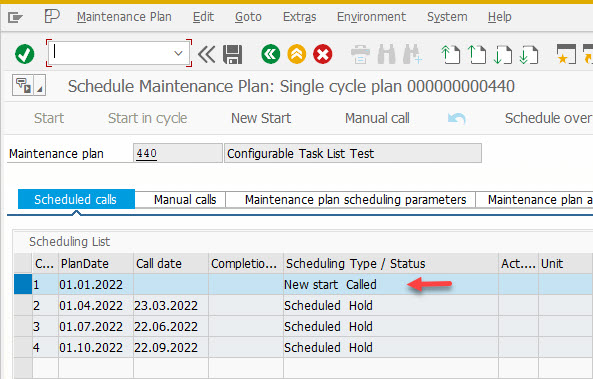