As part of the SAP S/4HANA Cloud Data Integration blog series, it is important to understand the difference between SAP S/4HANA Cloud ABAP Pipeline vs. Cloud Data Integration extraction engines. Especially, that they both can be used to extract ABAP CDS Views via the communication SAP_COM_0531 and SAP_COM_0532 for different target systems like SAP Data Intelligence and SAP Data Warehouse Cloud as shown in the Architectural Overview (figure 1). 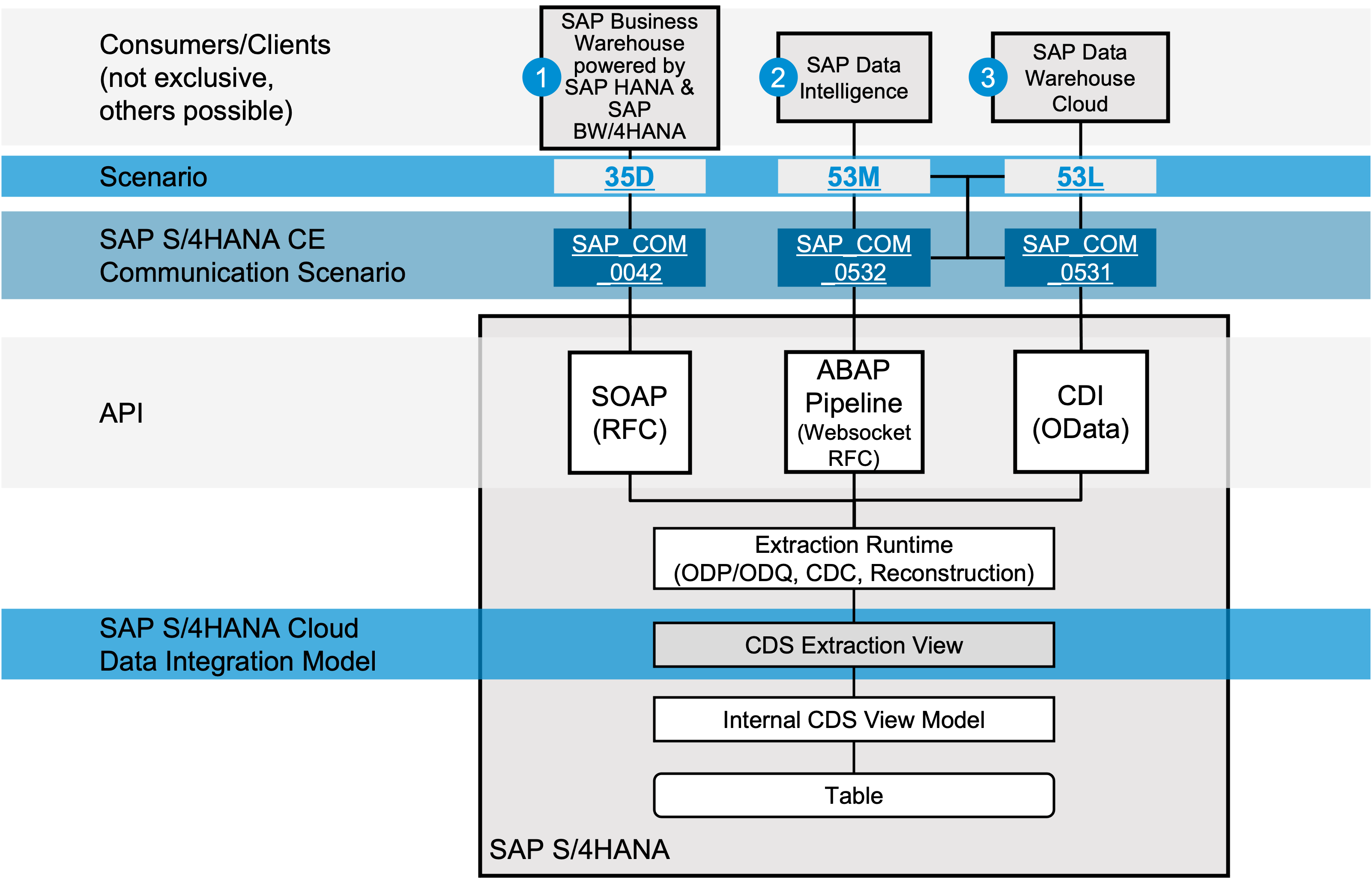 So now, let us discuss the differences between both engines.

Cloud Data Integration (CDI) engine is based on oData V4 protocol, and it is designed to be consumed by not only SAP target systems but also 3rd party tools which is an advantage. However, those tools need to properly handle ABAP CDS Views extraction, otherwise it could lead to data inconsistencies. As for the ABAP Pipeline Engine (APE), it is mainly based on Websocket RFC, it is a SAP designed protocol and this API can only be used by SAP target systems like SAP Data Intelligence and SAP Data Warehouse Cloud.

The main difference between both engines, is that the CDI has to perform data conversion to maintain the oData standards, while APE does not have to as all the layers underneath are designed to be integrated with SAP systems, which leads to better performance and throughput. The table below summarizes the main differences between SAP_COM_0531 and SAP_COM_0532:

We would be happy to receive your feedback in the blog post comments section below and answer all your questions under the SAP S/4HANA Cloud Q&A area.

See you in our next blog posts.