we are going to achieve the report execution in B4HANA system in Realtime using ABAP CDS view.

In BW4HANA system we had a requirement to list out the custom created InfoObjects and to see if they are adhering to the company standard of 9 character length. No custom InfoObjects name must be less than 9 characters, which is our organization standard. Also to minimize the creation of custom InfoObjects. The usual procedure in the previous BW version was to create a generic datasource based on table RSDIOBJ, then load it into the Custom DSO and in the transformation write a formula to get the length of the InfoObjects name. On the top of the DSO to create a query and our lead executes the query whenever needed, also additionally a process chain had to be scheduled to load the DSO and monitored. Now we are going to make it real time using CDS views.

custom CDS is given below, to read the data from the RSDIOBJ table to get the list of custom created InfoObjects and check the length of the infoobject which are Active excluding 0* and /*.

The below analytic annotations has been added

Now create a datasource in B4HANA system based on the CDS view. This needs to be created under the “ODP_CDS” source system. Now we will create a Open ODS view using this Datasource. 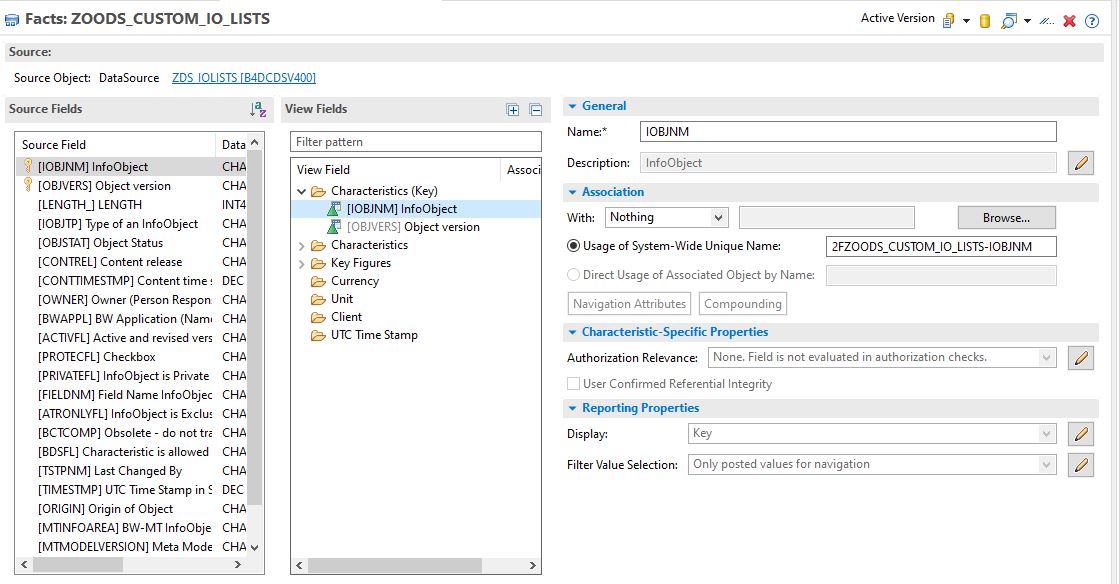 Activate it and create a BW query on top of it. 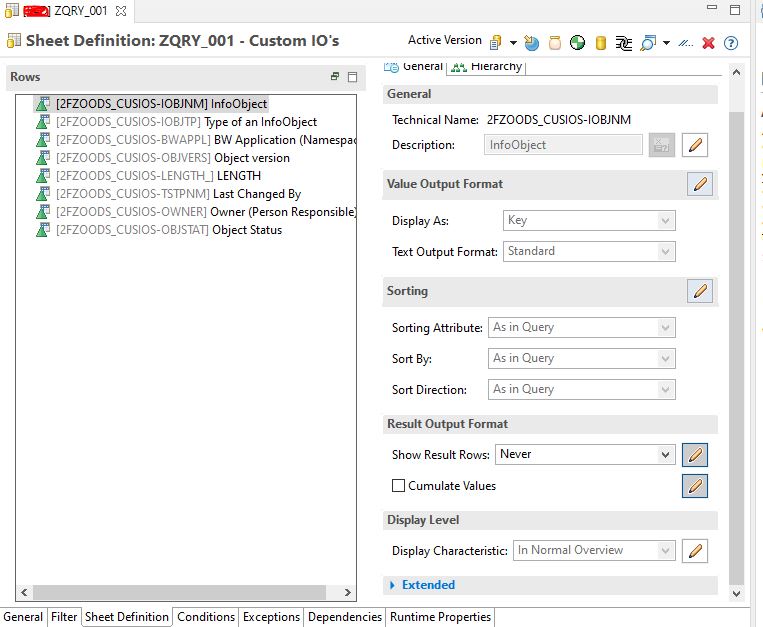 Now i am going to create a infoobject with lessthan 9 char. ytest0 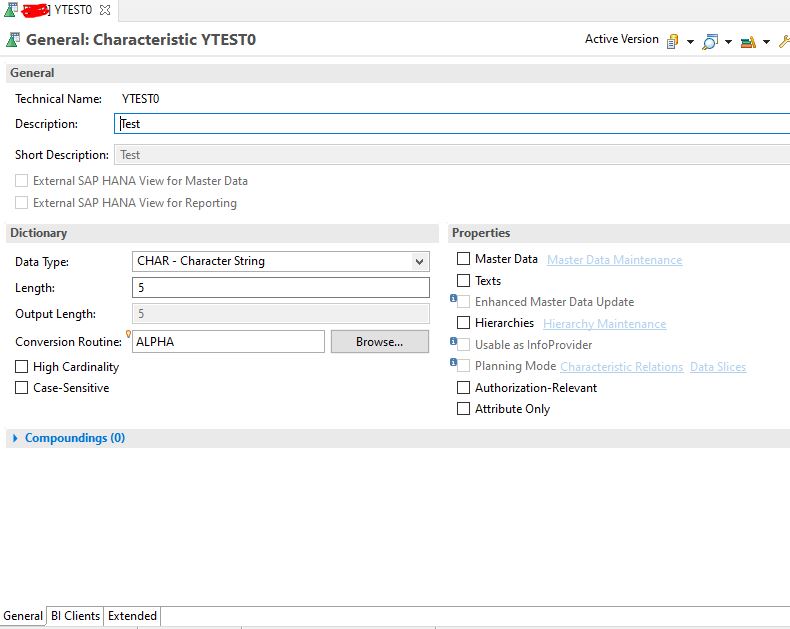 execute the query immediately and filter length less than 9.

So using CDS views, we can create datasource and connect it to Open ODS view and then create a query upon them. This will be Realtime and no data loads needed.