Ensuring secure access to data is key for any system landscape may it be on-premise or in the cloud. Especially in Data Warehouse environments where various data sources are consolidated and centrally managed to build the single version of truth.

In historically grown environments and due to existence of different concepts to define and secure access to data on row-level users end up in a situation to implement row-level security concepts for each system which is a huge effort in development and administration keeping the security consistent and up to date.

So – the central question is how to leverage existing authorizations in SAP Data Warehouse Cloud? 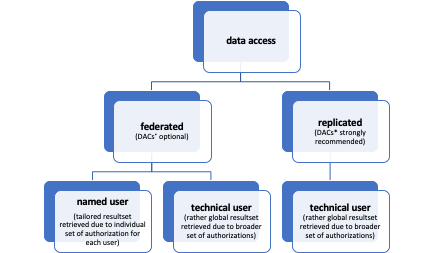 Potentially there are two common possibilities to achieve this with SAP Data Warehouse Cloud:

Both options make sense and are -in the one or other way- already available/supported in various applications. However, looking at SAP Data Warehouse Cloud as a central Data Warehouse application to consolidate different sources of data it makes sense to also have a central common concept of row-level security by reducing implementation effort at the same time by leveraging existing authorizations from the sources.

This blog should share some more detailed information how the new functionality of Remote Authorization works for SAP BW/4HANA as a first integration scenario to be supported.

To achieve this three Objects are generated in SAP Data Warehouse Cloud for each InfoProvider selected in SAP BW/4HANA to replicate its associated Analysis Authorizations: 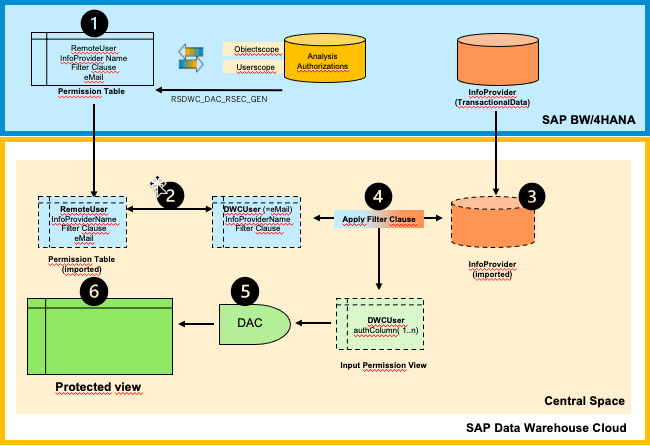 Let me share a more detailed view on the process before sharing some insight from a system perspective:

On SAP Data Warehouse Cloud side, the process to import the Permission Table from SAP BW/4HANA which is supported by a wizard.

Important note: Each of the objects which are generated as part of this process are imported metadata-wise with remote connections to the original objects in SAP BW/4HANA. This is true for the Permission Table as well as the protected view of the InfoProviders.

The SAP BW/4HANA InfoProvider(s) for which the relevant Analysis Authorizations should be imported must be imported into SAP Data Warehouse Cloud (via Data Builder) as well. They must be imported & Deployed (again: metadata-wise). This Step could be done as a prerequisite step before starting the Wizard.

An Input Permission View is generated by applying the Filter Clause (in terms of a generated SQL Script) where each authorized value a user is allowed to see is represented in a list by one record. Analysis Authorizations on hierarchy nodes are flattened. If a user should be able to see all values (represented by a ‘*’ (Asterix) in Analysis Authorizations) a filter string will be generated which contains all values of the authorization relevant InfoObject.

The Data Accress Control is generated whereas the SQL Script from the step before serves as the ‘Data Entity’ for the Data Access Control (carrying the list of all users and their authorized values based on the Analysis Authorizations they have in SAP BW/4HANA).

A protected view with a remote connection to the original InfoProvider is generated with the Data Access Control attached. This View can be shared with other Spaces for further usage/consumption.

Let us now take a look to the system and see how this process flows in SAP Data Warehouse Cloud as well as in SAP BW/4HANA. 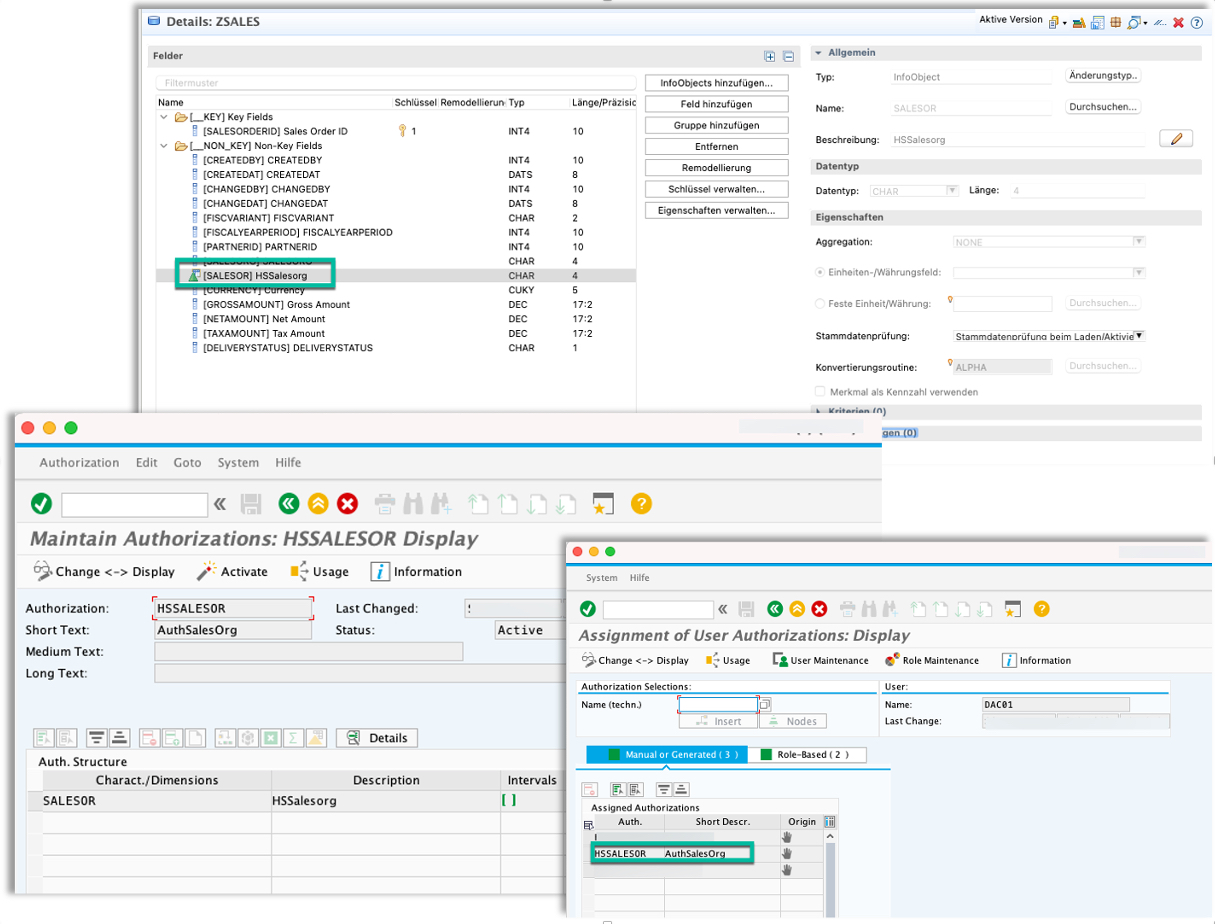 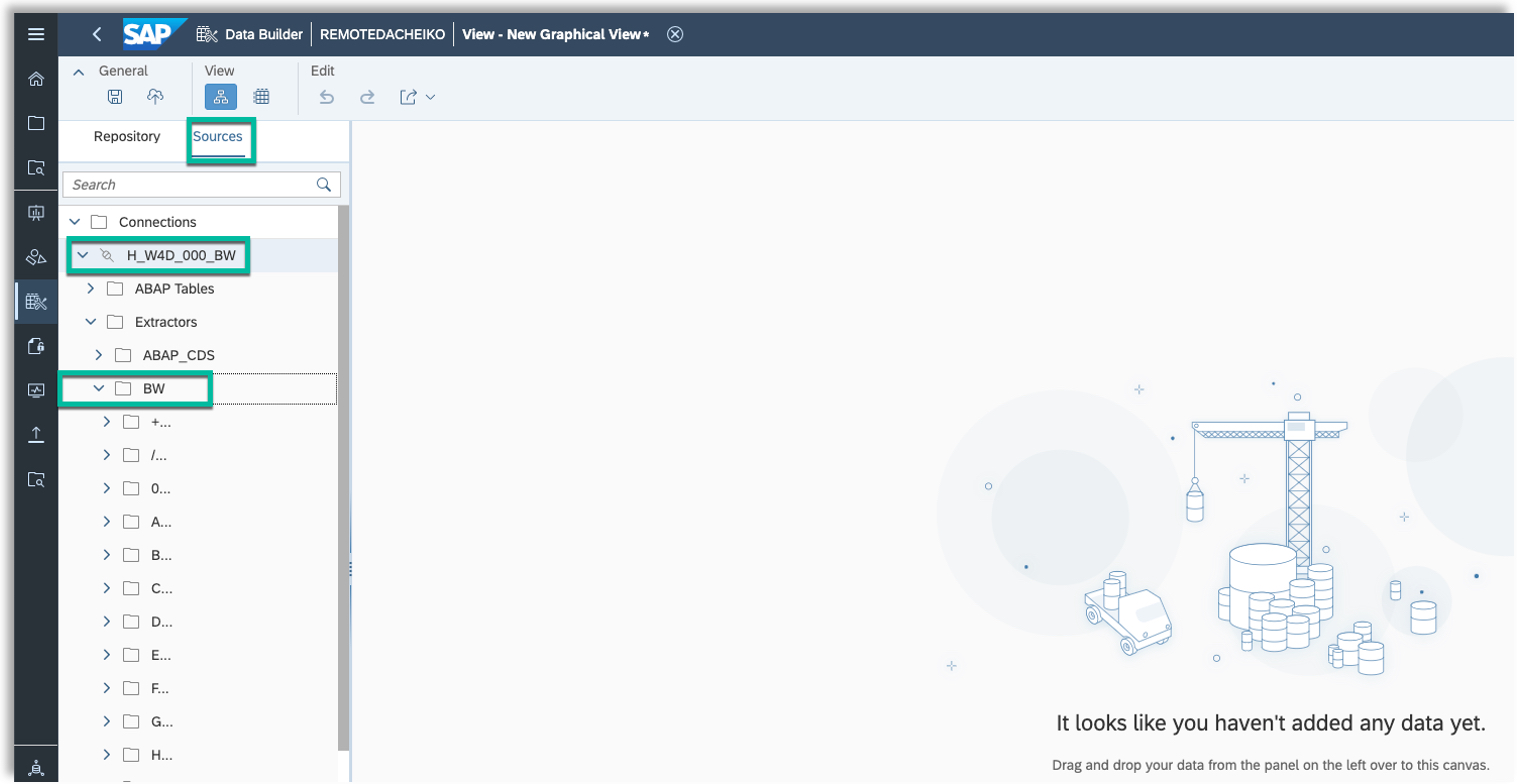 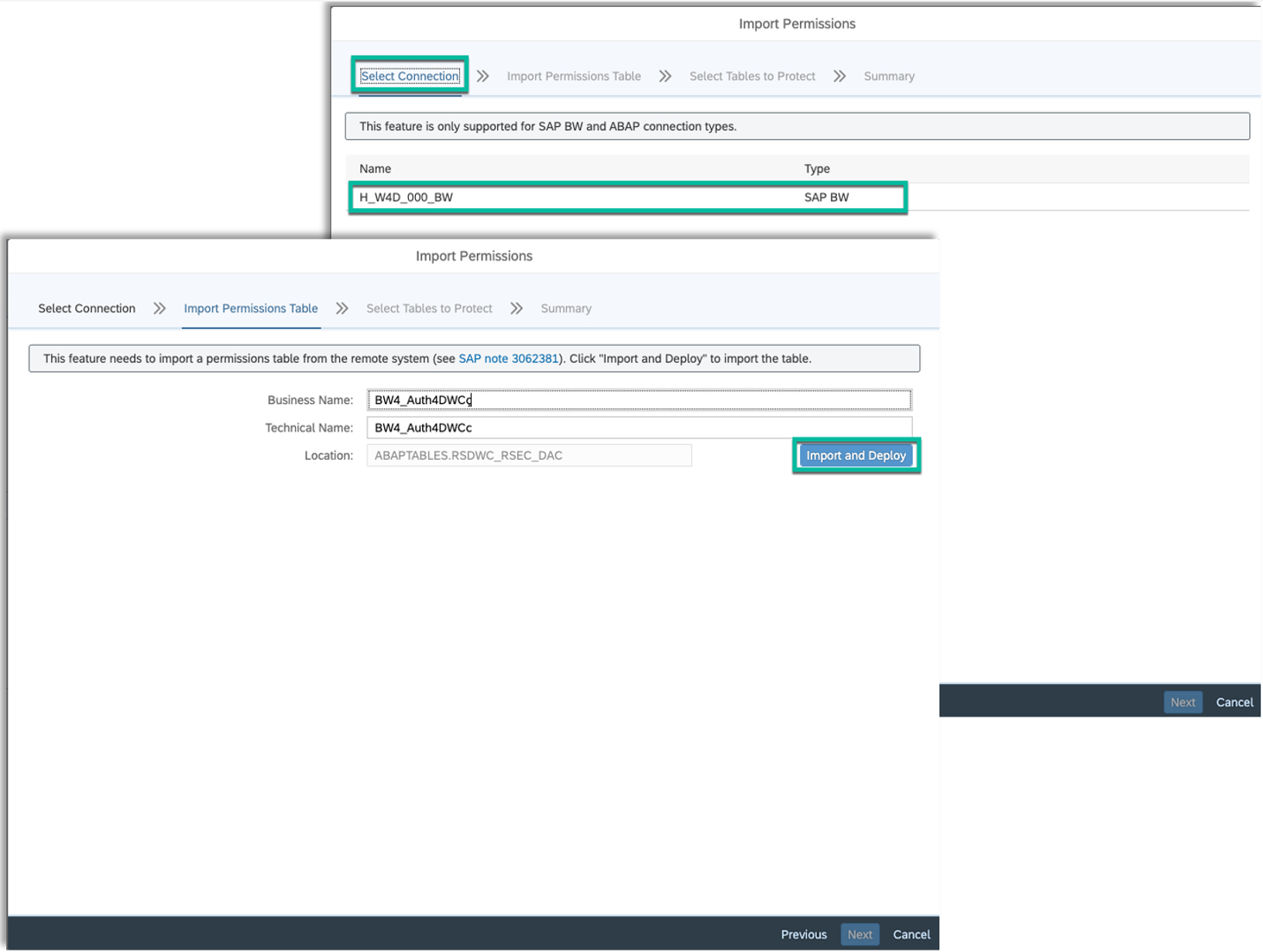 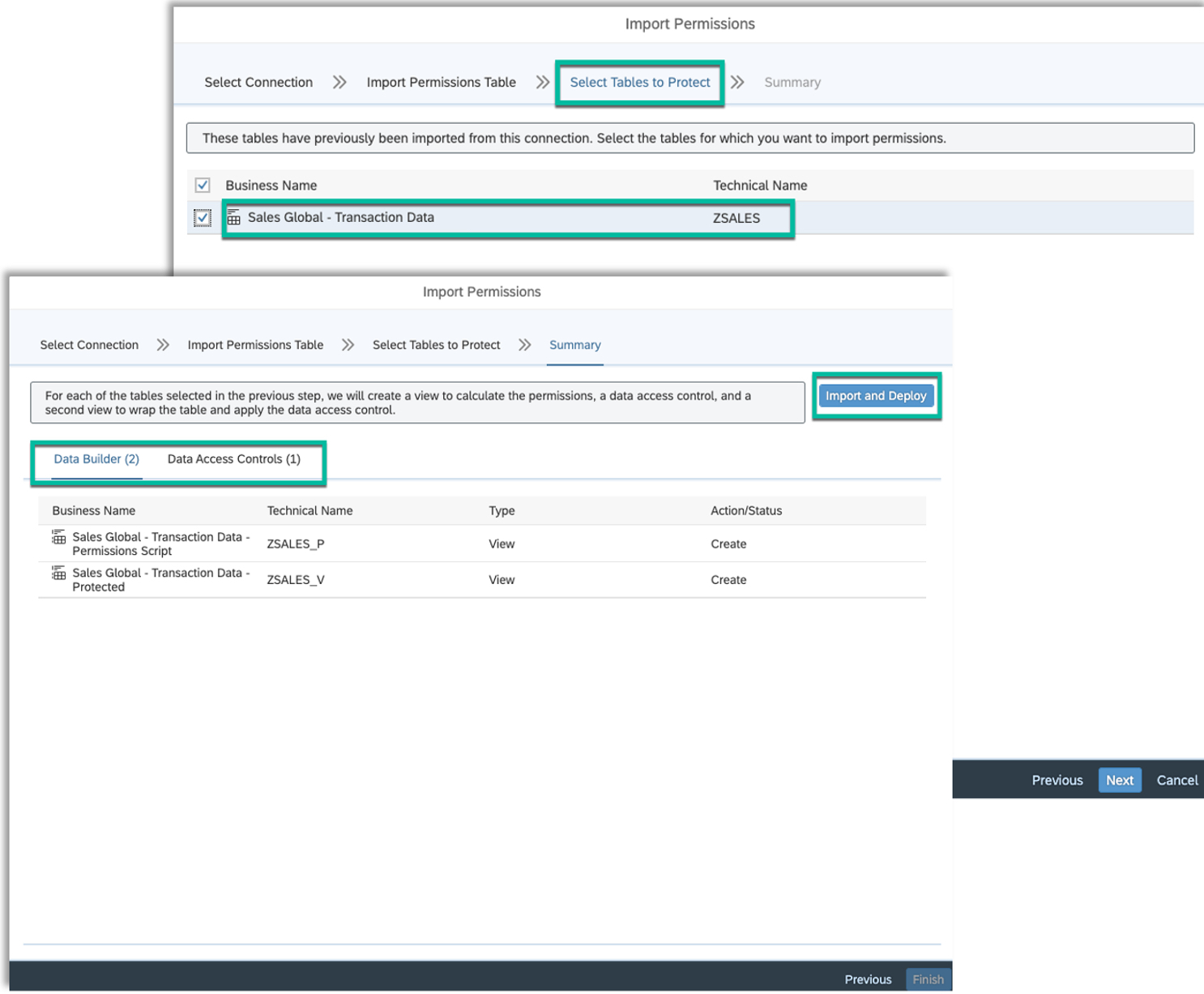