Does styling of my SAC table cause performance drawbacks? 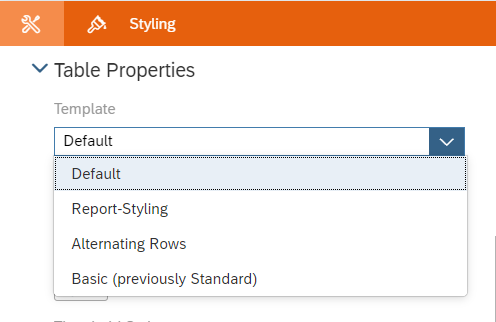 Speaking of templates, templates itself define look and feel of a table and can be seen as a first and very cheap (in terms of performance) styling modification – Go try them out! Below a few examples: 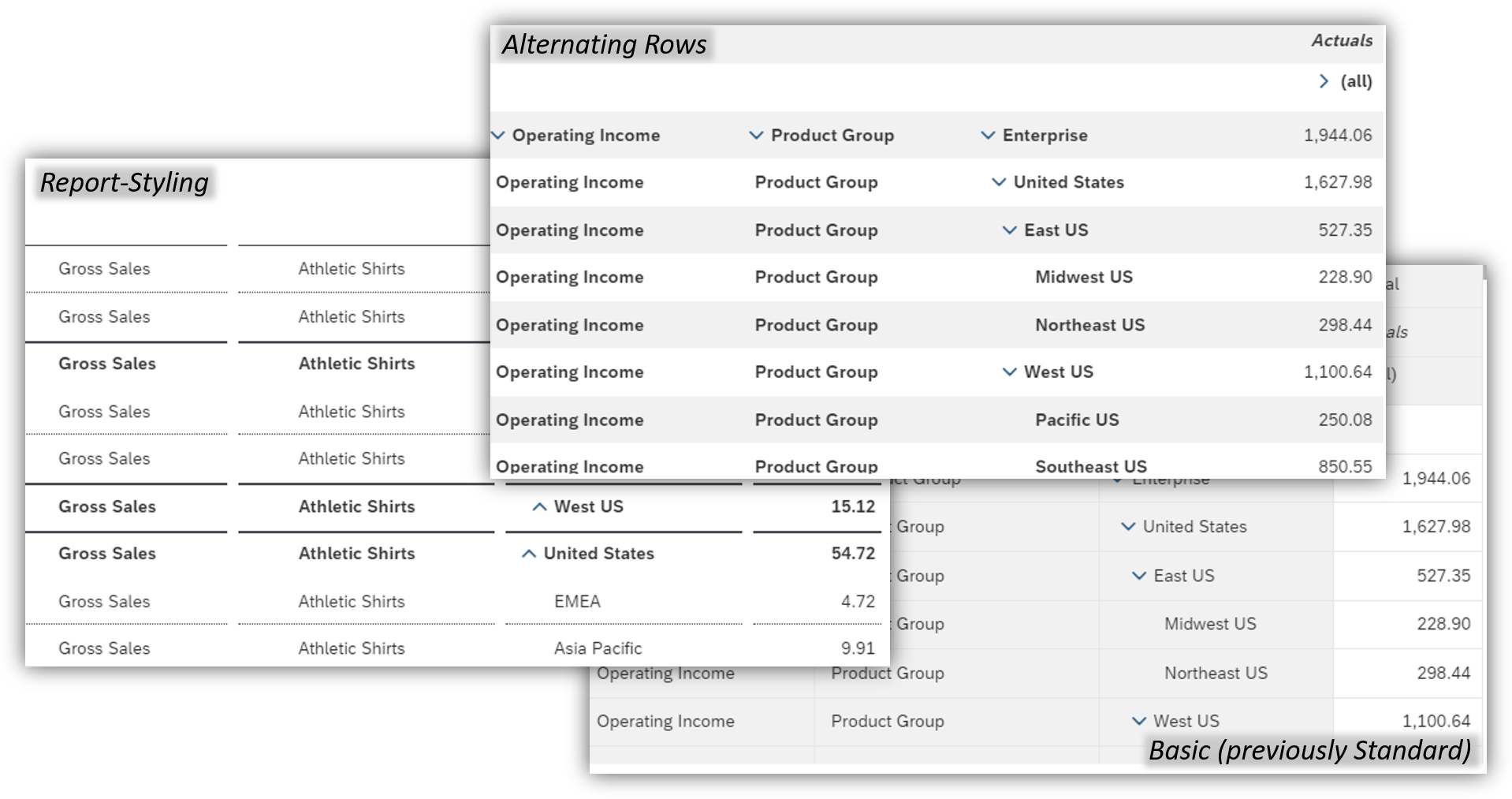 To understand how to properly style tables we inspect ad-hoc styles and styling rules in the next two sections.

Ad-hoc styling is a very powerful technique to style tables. To apply ad-hoc styles, select a certain region (or if desired certain cells) and apply formatting using the styling panel. Of course, this is very simple to use and provides a lot of flexibility to story designers. In the following, we show a few examples: we can easily select the whole header region and apply formatting for the whole selected area: 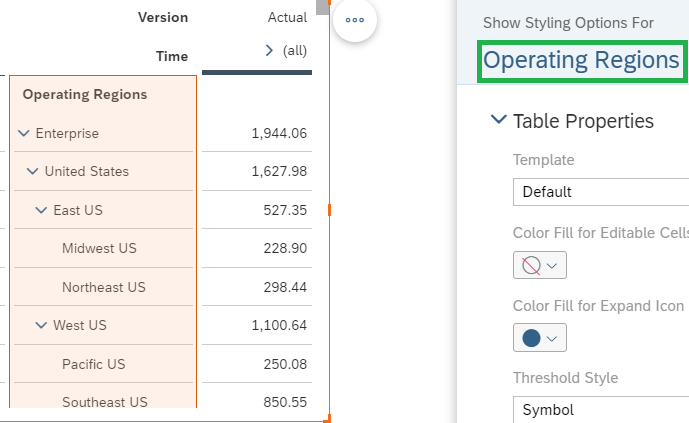 In the above two examples of ad-hoc styling, SAC’s table widget saves the context of applied formatting. Hence, even if the story designer changes the drill of the table, formatting of the header region and the dimension Operating Regions won’t be discarded! Also, technically speaking: only one styling rule will be generated for each applied formatting. Note, the usage of ad-hoc styles in combination with defined selection areas is an efficient way to style tables.

As mentioned above, ad-hoc styles provide a lot of flexibility. A story designer could even easily drag a rectangle of desired cells as a selection for formatting. In the screenshot below we selected 123 cells. Of course, we could apply formatting here, too. However, this would result in a generation of 123 styling definitions in the background. Each cell is associated to a very own context such that the system saves formatting of every marked cell in an individual styling definition. Note, styling of multiple cells via ad-hoc styling may result in performance drawbacks, because each cell will be treated as its own area and for every area a styling definition will be generated. Be selective here! 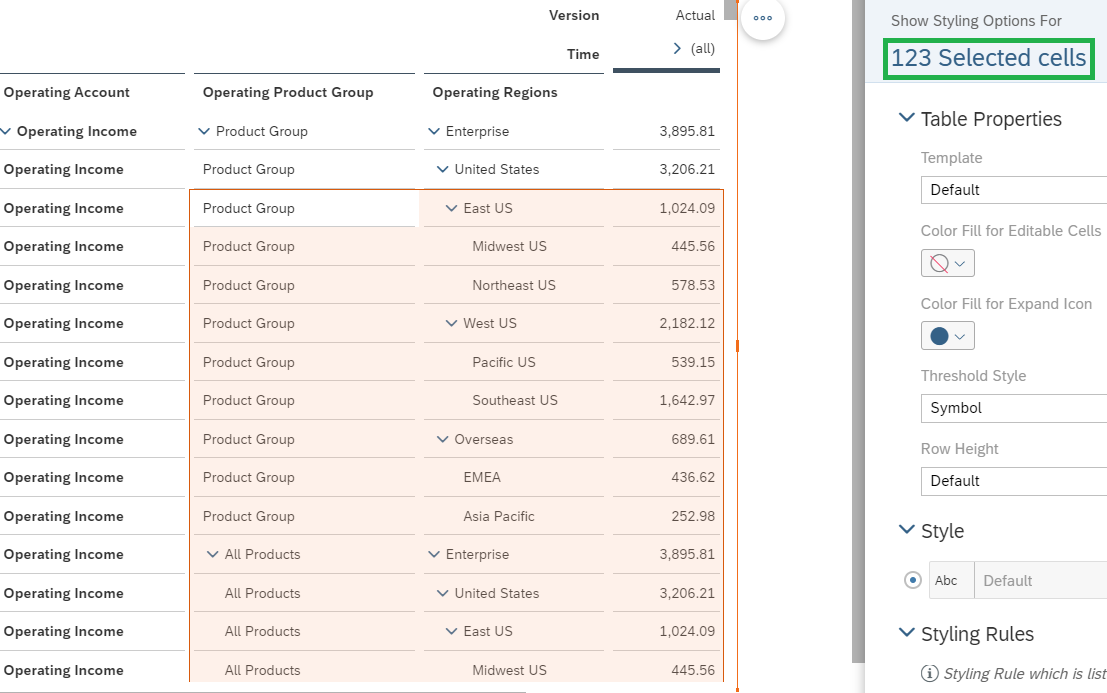 In this blog post we’ll keep the example simple. We would like to format one dimension (here: Operating Regions) with a particular background color:

To do that, add a new styling rule in the styling panel: 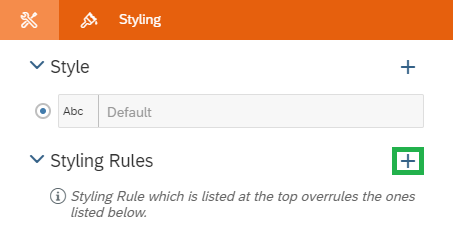 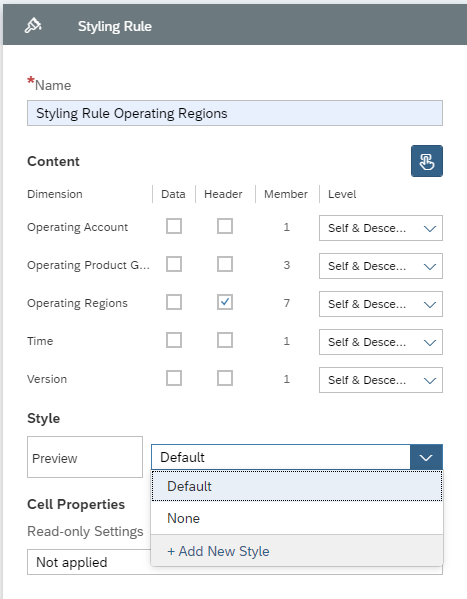 Figure 9: Configuration of a Styling Rule

Here we can apply desired formatting. In this blog post we just change the color fill to cyan. Once done, we can click on Apply. Figure 9: Configuration of a new Style

Now, we can see all configurations at a glance. By clicking on OK, we can see the changes in the selected table: 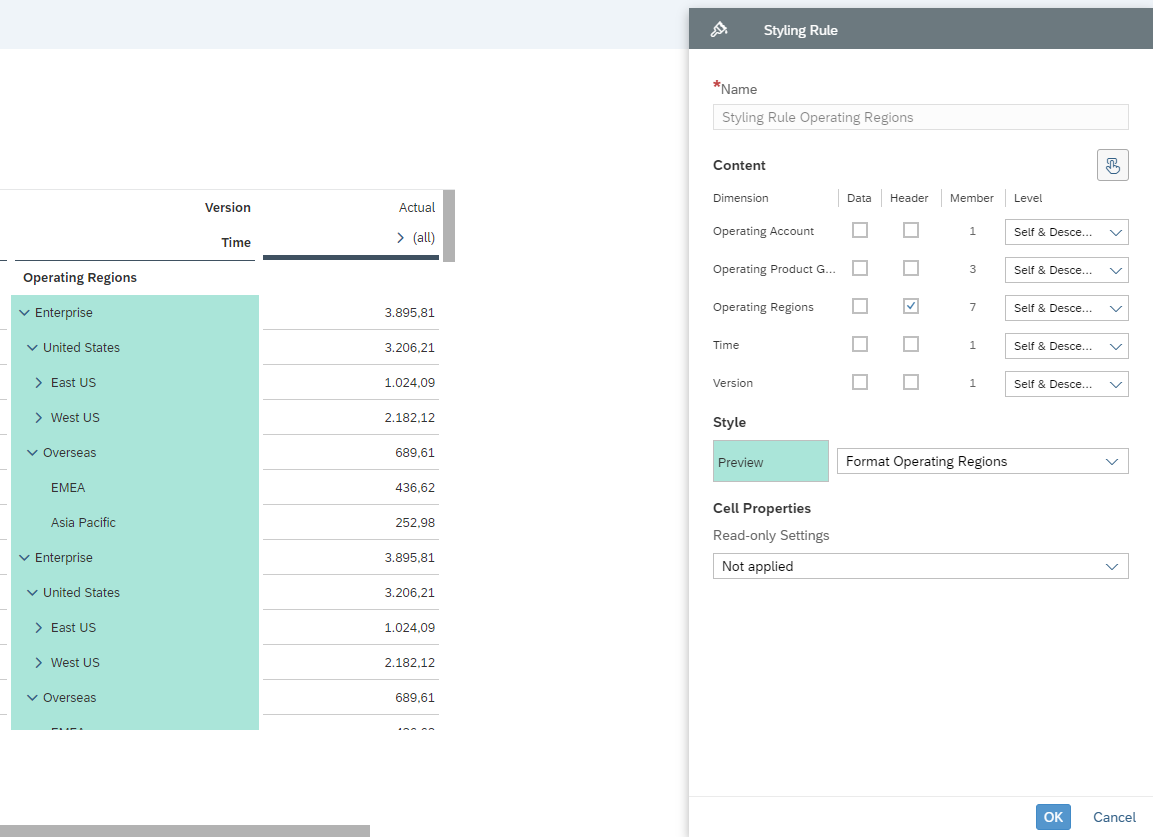 Figure 10: Summary of a Styling Rule

By the way, if you want to style only certain dimension members, we can easily select them in the table and the styling rule will consider the selection as the formatting context. In the screenshot below (figure 11), we selected the member EMEA and applied another style for that. By hovering over the number 1, we can see what context is applied for that particular dimension. 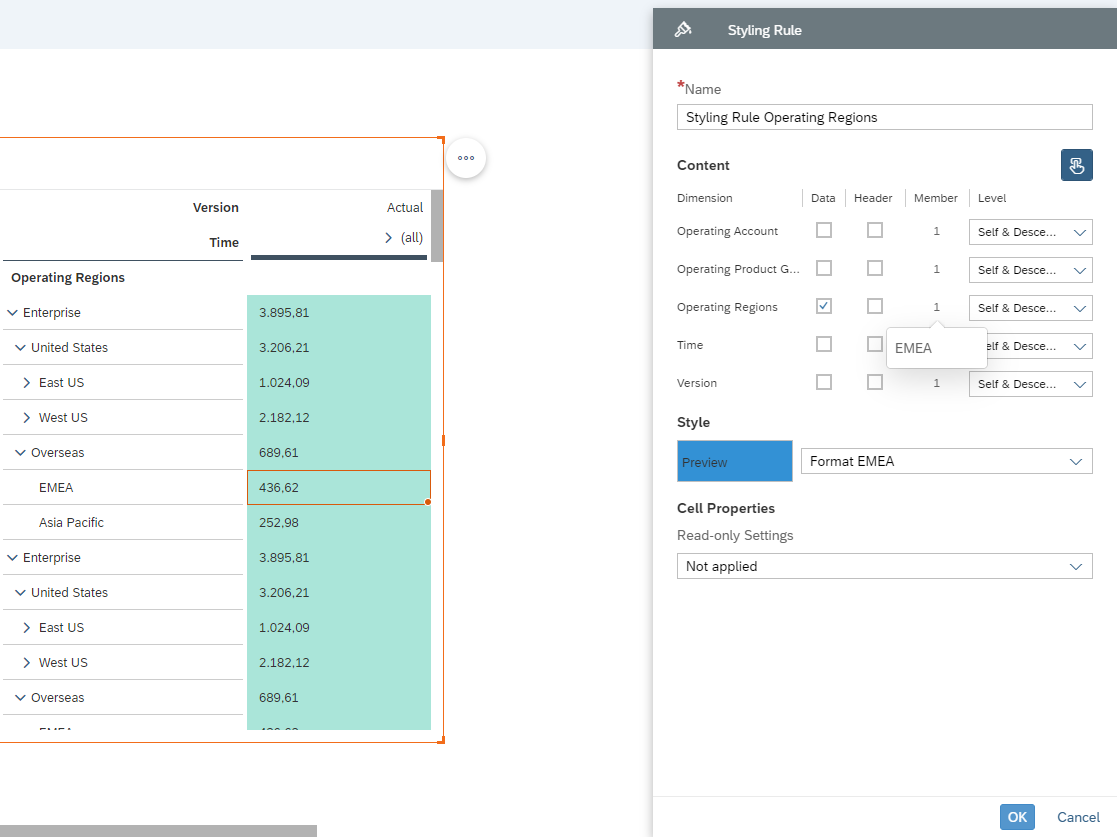 As a rule of thumb, we can state: use styling rules where possible to apply formatting and use ad-hoc styles in combination with defined selection areas. Apart from that, be selective with ad-hoc styles for multiple formatting regions.