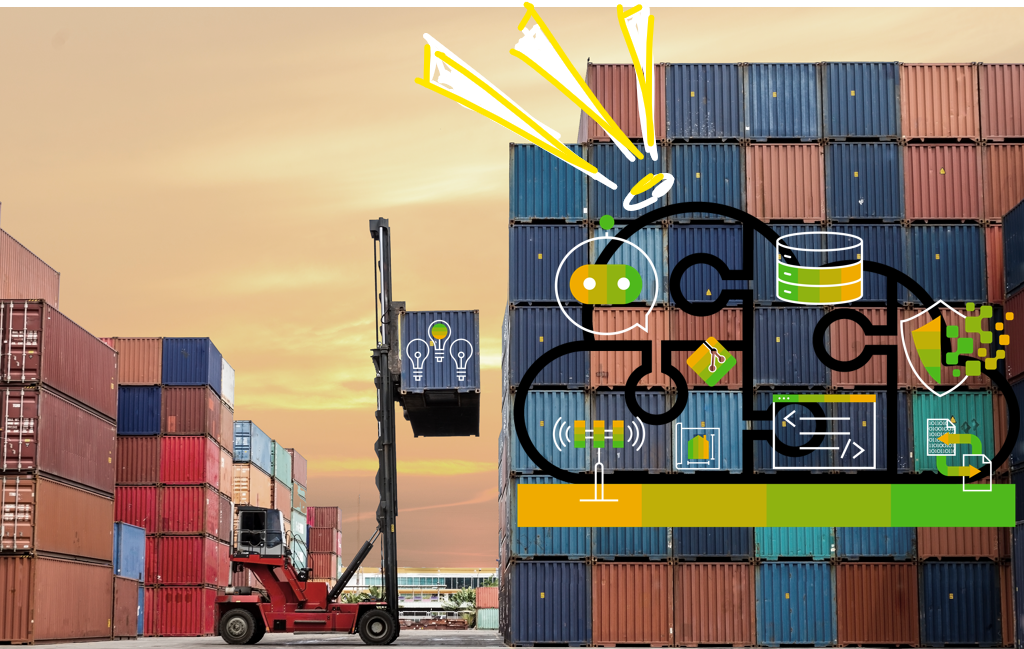 We are living in the times where BTS is on Top Charts. No, I did not misspell it ;). Just with a difference in one letter, I want to stress on the scale of how much potential we see from BTP (Business Technology Platform). Building things from scratch, shear pain of getting resources and above all, the time spent on carrying out all these activities: it is a total buzz kill. In this blog post, I want to share my experience with getting acquainted with BTP for building a web application:

At the same time I’ll share some amazing resources I came across while building this application. There are few learnings that I have mentioned throughout the length of this blog post which I couldn’t find so easily over the web but finally was able to figure out with the help of few of my colleagues here in SAP. Stop! Wait a minute:

What’s with all the buzz about BTP?

To start with, it seems like a one stop shop for building a quality business application. But…. I can develop one from ground up using traditional ways of development. Well that’s where the difference lies. When I started building this application, I was not much aware of how:

Well, now just read the above bullet heading but without my litany of excuses. I was able to do all of that. Did I fret a lot with doing that? A bit (let’s be reasonable), because it takes a bit to adapt to a new platform, but it certainly took far less amount of time had I taken the traditional approach.

Business Application Studio is your new playground where you do everything development. Sleek IDE on the cloud, has most of the features that you would expect from a bull blown IDE. Can we ask for more? Absolutely, yes! But let’s give it some time, the product team and developers at SAP have their thinking caps on and working to provide best possible features with each incremental release. With plethora of pre-defined templates available, based on the project, choose one template and fast forward to what’s required. I was building a SAPUI5 Application, I chose a Fiori Freestyle Application template. There is already a lot of collateral available over the web on how to get started with creating such an application, you can follow the steps stipulated in this tutorial. Something worth noting here though, SAP used to have an IDE on Cloud, previous to Business Application Studio. It was called SAP Web IDE. So in case anyone comes across the term (which you certainly would even within the platform), just remember it as SAP Business Application Studio’s predecessor.

Don’t get taken away by the heading. View as the name suggests is the actual way in which your UI screens are going to look like and eventually depend on. While traditionally we depend on writing HTML to develop the skeleton of the UI, we do the same thing using the Views. Each screen in your application is going to be controlled by what you define in these views. You have the ability to type in code so as to define elements in these views: a button, text area, nav bar, what not. But, the good part is, the IDE provides you another ability to define these elements in the view via just a drag and drop of elements. So if you are new to the SAPUI5 syntax, the Layout Editor has got you covered just right.

Things that put a smile on my face:

This is where the java script code that ultimately controls most of the actions of the elements in your views, reside. Nothing fancy here, just the regular JS.

Certainly a topic which took some time for me wrap my head around. If you’ve built web applications, you might already be accustomed with maybe putting in those ajax calls to make API calls to external services in order to integrate with backend applications. Now, you can do the same things here too. But it doesn’t necessarily stops here. You can go for glory by using something called Destination service, that’s another offering that BTP provides so that you can integrate with other solutions like SAP Business Application Studio.

It is the Destination that matters

Example: I was supposed to make REST calls to an iFlow deployed in Cloud Foundry. We had defined a Base URL to the service in the Destination Service in the BTP Subaccount. What this meant was that:

More on configuring the Destination and using them, this is a really good blog post.

Certain challenges I would like to point out here, per-se the struggles:

From very little of what I have seen so far, if you are configuring OData services in the application, the setup will not include these kind of issues or hardships defined in the first two points. The setup of OData services is part of the template configuration, so the pre-defined steps take care of all such intricacies. In SAP’s landscape, there is more dominance of OData services than REST (literally too 😉 ). So as of now with REST endpoints, the setup is still a bit manual and quirky.

I briefly touched a bit on this topic while talking about Destination in the earlier headings wherein I explained how by using the Destination Service I can basically omit putting any security credentials in the code base while making calls to External Services.

Another cool feature which these Application come with is something called XSUAA (eXtended Services for UAA). I cannot do justice to this topic so I would actually defer to another blog post written by our SAP Colleagues who have done a brilliant job at defining all about XSUAA. As for a highlight, this feature adds authentication on top of your deployed application such that only people who have been granted the role to access it can view and use the application. A small example being, I needed to grant access to this application to only the relevant stakeholders. Only they will be able to access the application while others will get an Authentication error when they try to do so. Again, it doesn’t require any manual work to setup so it fast forwards the development around security aspect as well.

While building applications that cater to your business, it might not be recommended to do away with such an authentication, BUT if you want to open your application to the outside world or for whatever reason, you can merely disable the authentication by defining “authenticationMethod” as “none” in xs-app.json

If you are maintaining or planning to maintain the Application code base in your corporate Github, in all honesty the setup is not going to be very straightforward. I came across this blog post here that clearly defined all the steps I needed to take in order to start using corporate github. Shoutout to the blog post!

As defined in the blog post I shared above, you will need SAP Cloud Connector since it plays a major role for this setup. If you are using an Enterprise BTP Account (like I was), chances are that you might be provided with a Custom Region at the sub account level, which might not be listed in the default Region list present in the Cloud Connector. In such a case you will need to create a Custom Region in the Cloud Connector in order to go ahead with the setup. You can refer to the documentation here which talks about the steps to be taken into consideration for setting up Custom Region in Cloud Connector. The Region name defined in the Subaccount hinted a bit on why a custom region might be required, but what led to me ascertain this was a number of failed attempts while connecting SCC to the subaccount and finally checking the API Endpoint defined in Cloud Foundry Environment. This fact was not very clear to me as this was the first time I was using either of these Solutions, so I really wanted to bring this up here.

Previous to setting up the Custom Region, I was trying my luck with the Europe (Frankfurt) AWS Region in SCC Subaccount setup. In the logs I could see the connection failing due to 403 Forbidden. So just a heads up in case anyone runs into the same. The SCC logs are pretty useful so that  should be the first place for debugging the issues.

The Deployment of the HTML5 application was actually a very straightforward experience, until the it wasn’t. I was working on a new Subaccount where most of the setup was basic, certain entitlements were missing, some roles weren’t assigned so we had to provision all these on the go as the need arose. But in its all entirety that was a pleasant experience because this way I got to understand how certain things actually worked.

I had been following the steps mentioned here for building an deploying the MTA. Once the build process successfully completed, I started with the Deployment process. Now here came trouble.

This application was a pretty good way for me to get my hands dirty with and explore the possibilities with BTP. Of course the topics that I have touched in this blog post are limited but they are something that I found interesting and worth sharing my outlook about. Certainly the adventure doesn’t stop here. I have only explored bits and pieces that seemed relevant with the scope of the application. There is a lot to watch out for in the huge portfolio of BTP. I’m sure there will be many new developments on each of the fronts and I’m honestly looking forward to exploring more in this platform.

Well, if you’ve reached here, kudos to you for having gone through the entire post and reaching the finish line 🥇. I’ll be happy to hear about your feedback or questions about this post, in the comments below!
Have question on a specific topic? Skim through or post relevant questions by visiting this link. The amazing community will certainly be there to help you out!