Joins and Unions are used to combine data between one or more tables. The difference between the two lies in how the data is combined.

A Join combines data into new columns. A Join between two tables shows data from the first table in one set of columns alongside the second table’s column in the same row. Joins are generally used to look up specific values and including them in results.

A Union combines data into new rows. A Union between two tables shows data from the first table in one set of rows, and the data from the second table in another set of rows. Unions are generally used to combine two datasets into a single result to perform operations. 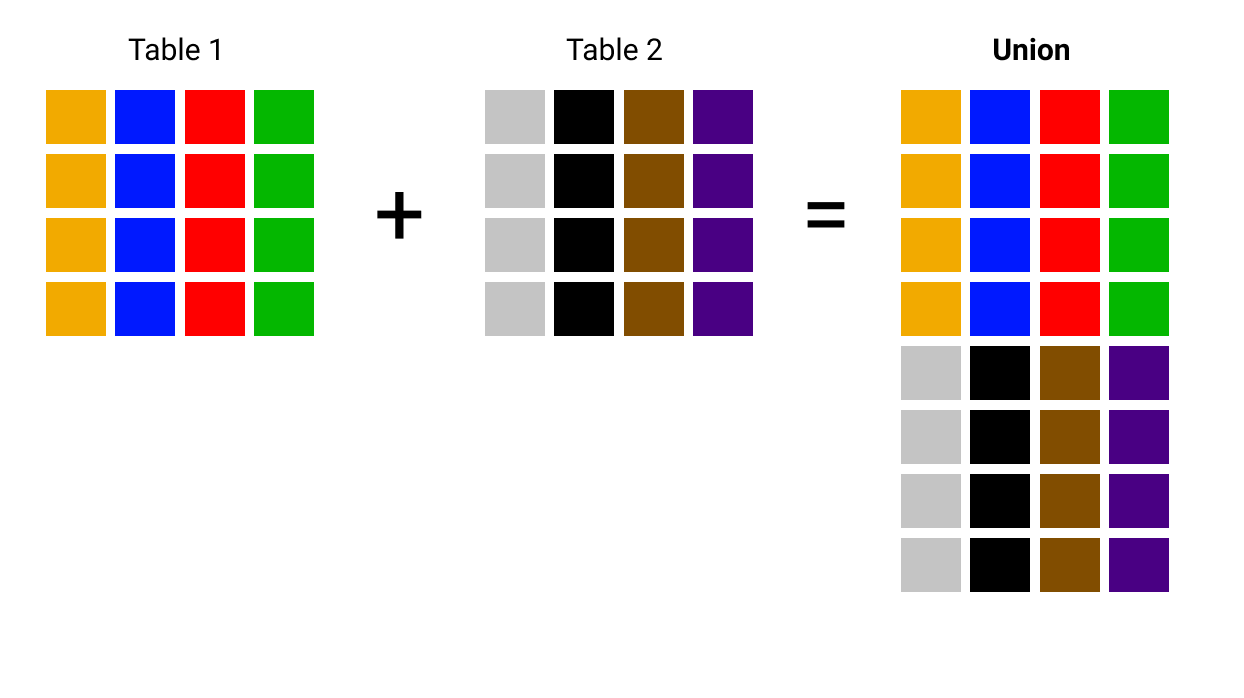 SAP Data Warehouse Cloud allows you to perform either the Join or the Union operation between tables in the Graphical View Builder, allowing the user to perform concise operations with surgical precision when modeling your dataset. 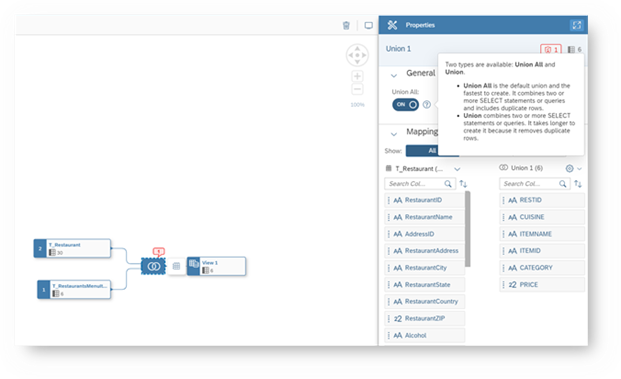 Learn more about SAP Data Warehouse Cloud by checking out our tutorials and missions.