SAP Analytics Cloud is a powerful frontend and offers multiple option to share stories with consumers. When consumption is growing it is also very important that new developments are deployed smoothly for end users. Especially in landscape with one tenant, acting as development system, quality system and productive system this could get a challenging. Stories and their URLs are often shared and changing StoryIds could lead to a lot of trouble.

In this blog we describe how story development can be done within a single tenant scenario. The aim is to keep Story-Ids of stories stable and be able to develop and run a productive story at the same time. 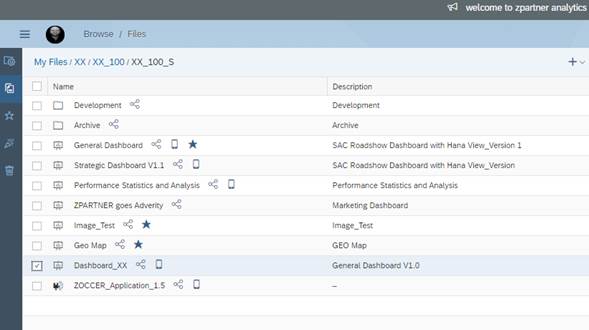 To separate development from productive story a folder is created to keep development versions.

In our case we created the folder “Development” and share this folder only with the development team. 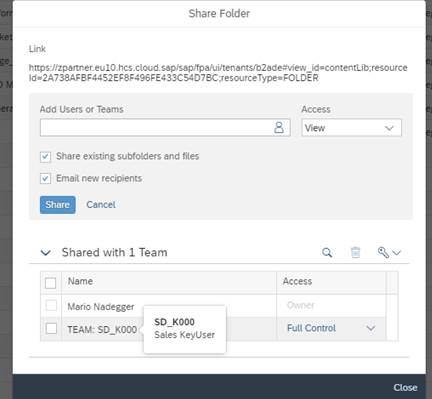 Within this folder we can keep development versions and further reflect this in the naming of the story. 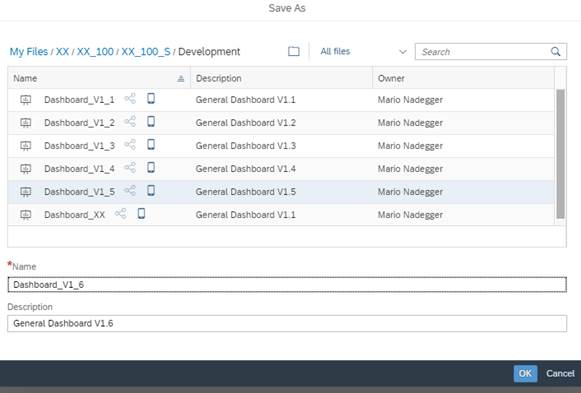 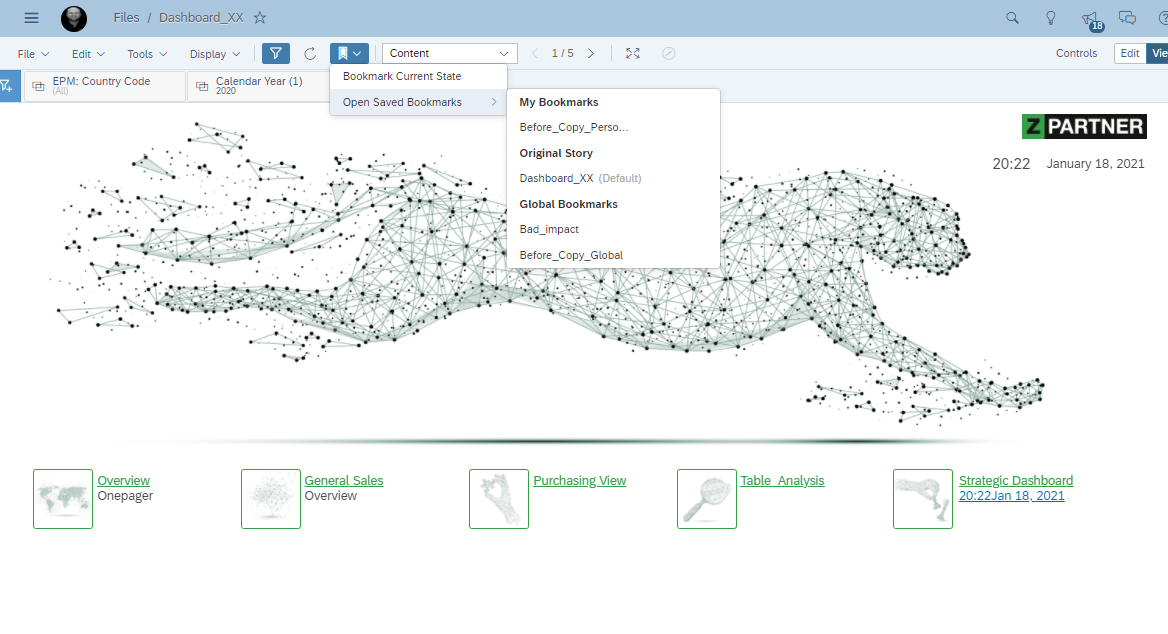 We copied productive version 1.5 to version 1.6 in development folder (Dashboard_V1_6.) in order to do our changes. 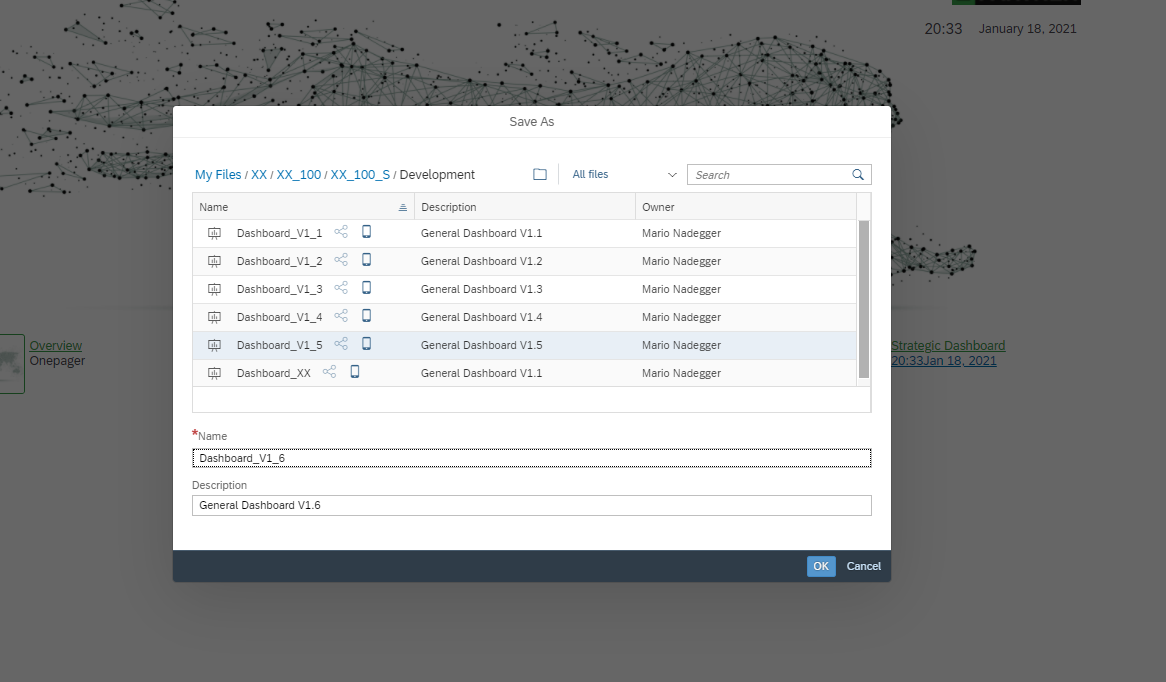 A closer look at the bookmarks of the copied story 1_6 will show also the bookmarks created on the productive version are still available in the copy. 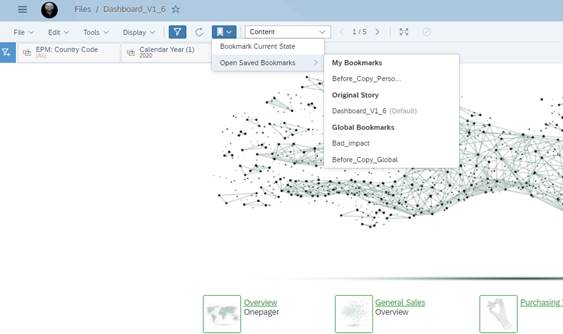 Simple with “Save As” in “File Menu” and selecting the productive story we are able to deploy version 1.6 to the productive version and overwrite 1.5. 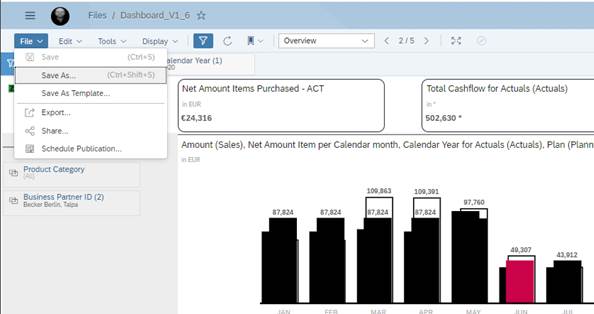 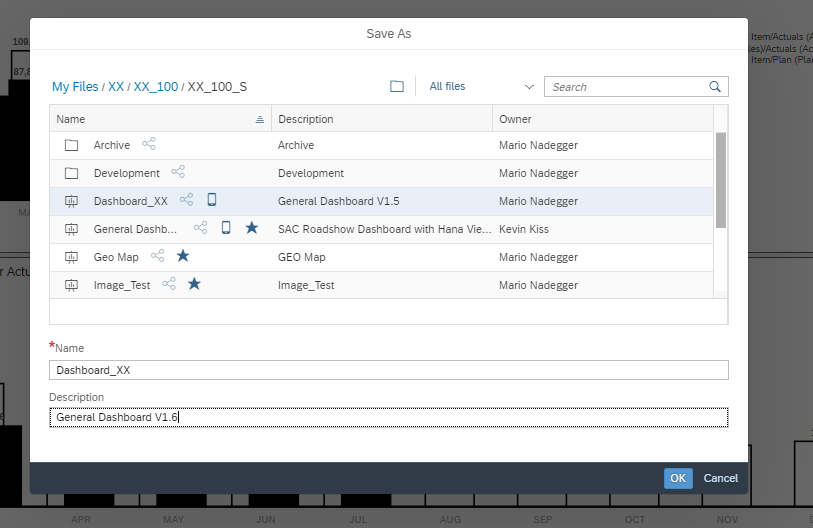 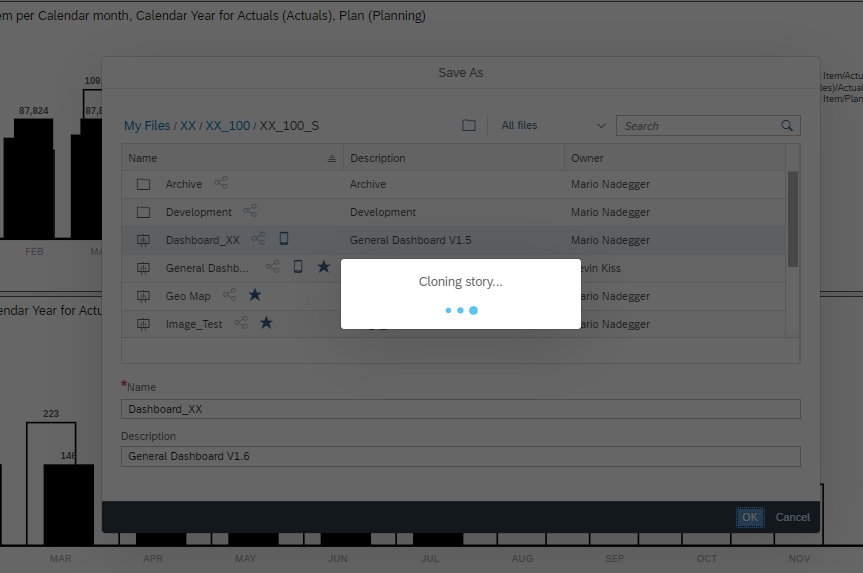 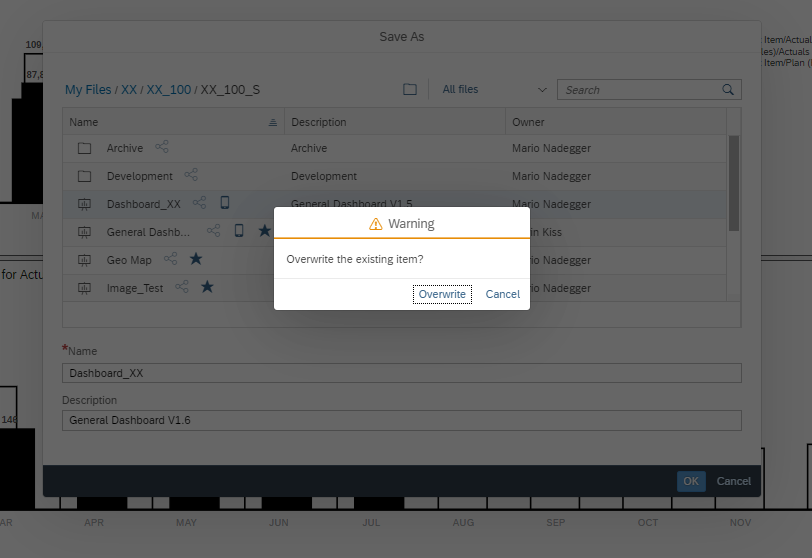 When working with a single SAP Analytics Cloud tenant version should be handled carefully. Especially handling of shared URLs including storyIds could lead to unintentionally negative impacts for end users. Keeping the URL/storyid and be able to develop without pressure is in my opinion very helpful for developers and consumers of a story.

But always keep in mind that only bookmarks of the copied version will survive.